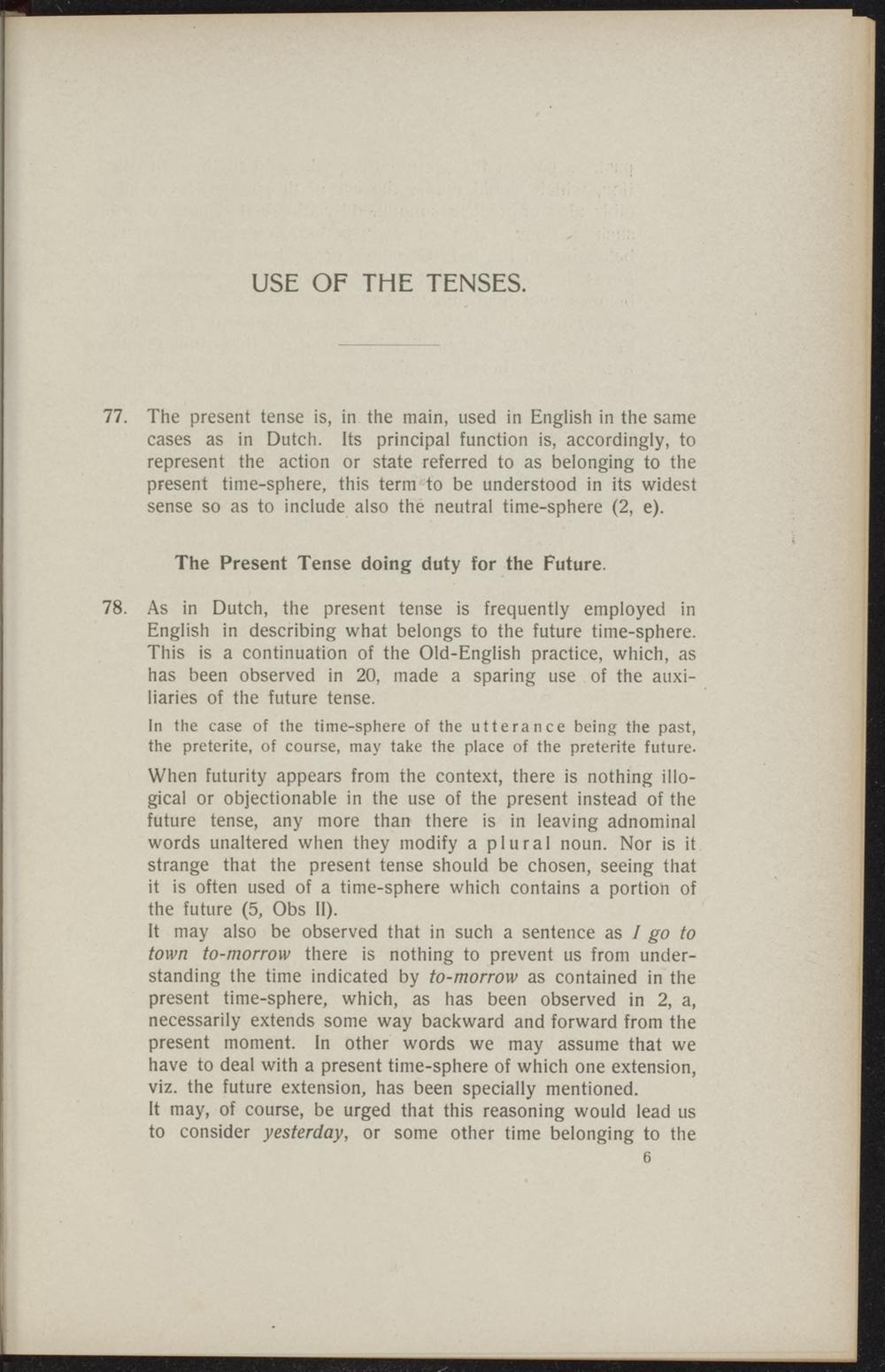 USE OF THE TENSES.

77. The present tense is, in the main, used in English in the same cases as in Dutch. Its principal function is, accordingly, to represent the action or state referred to as belonging to the present time-sphere, this term to be understood in its widest sense so as to include also the neutral time-sphere (2, e).

The Present Tense doing duty for the Puture.

78. As in Dutch, the present tense is frequently employed in English in describing what belongs to the future time-sphere. This is a continuation of the Old-English practice, which, as has been observed in 20, made a sparing use of the auxiliaries of the future tense.

In the case of the time-sphere of the utterance being the past, the preterite, of course, may take the place of the preterite future.

When futurity appears from the context, there is nothing illogical or objectionable in the use of the present instead of the future tense, any more than there is in leaving adnominal words unaltered when they modify a plural noun. Nor is it strange that the present tense should be chosen, seeing that it is often used of a time-sphere which contains a portion of the future (5, Obs II).

It may also be observed that in such a sentence as / go to town to-morrow there is nothing to prevent us from understanding the time indicated by to-morrow as contained in the present time-sphere, which, as has been observed in 2, a, necessarily extends some way backward and forward from the present moment. In other words we may assume that we have to deal with a present time-sphere of which one extension, viz. the future extension, has been specially mentioned. It may, of course, be urged that this reasoning would lead us to consider yesterday, or some other time belonging to the