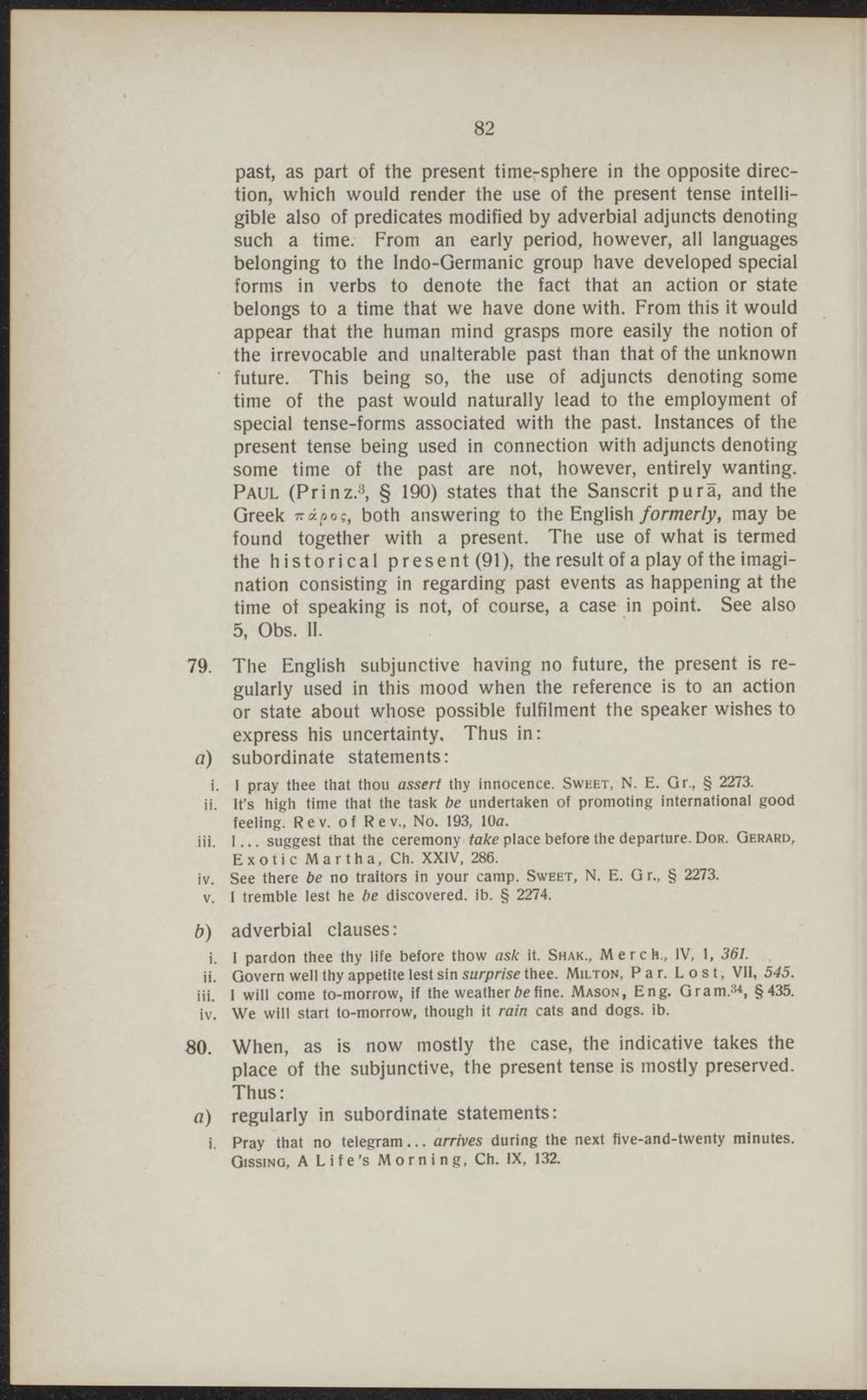 past, as part of the present timersphere in the opposite direction, which would render the use of the present tense intelligible also of predicates modified by adverbial adjuncts denoting such a time. From an early period, however, all languages belonging to the Indo-Germanic group have developed special forms in verbs to denote the fact that an action or state belongs to a time that we have done with. From this it would appear that the human mind grasps more easily the notion of the irrevocable and unalterable past than that of the unknown future. This being so, the use of adjuncts denoting some time of the past would naturally lead to the employment of special tense-forms associated with the past. Instances of the present tense being used in connection with adjuncts denoting some time of the past are not, however, entirely wanting. Paul (Prinz.3, § 190) states that the Sanscrit pura, and the Greek w«? « both answering to the English formerly, may be found together with a present. The use of what is termed the historical present (91), the result of a play of the imagination consisting in regarding past events as happening at the time of speaking is not, of course, a case in point. See also 5, Obs. II.

79. The English subjunctive having no future, the present is regularly used in this mood when the reference is to an action or state about whose possible fulfilment the speaker wishes to express his uncertainty. Thus in:

iii. I... suggest that the ceremony take place before the departure. Dor. Gerard, ExoticMartha, Ch. XXIV, 286.

iv. We will start to-morrow, though it rain cats and dogs. ib.

80. When, as is now mostly the case, the indicative takes the place of the subjunctive, the present tense is mostly preserved. Thus:

a) regularly in subordinate statements: i. Pray that no telegram... arrivés during the next five-and-twenty minutes. Oissino, A Life's Morning, Ch. IX, 132.