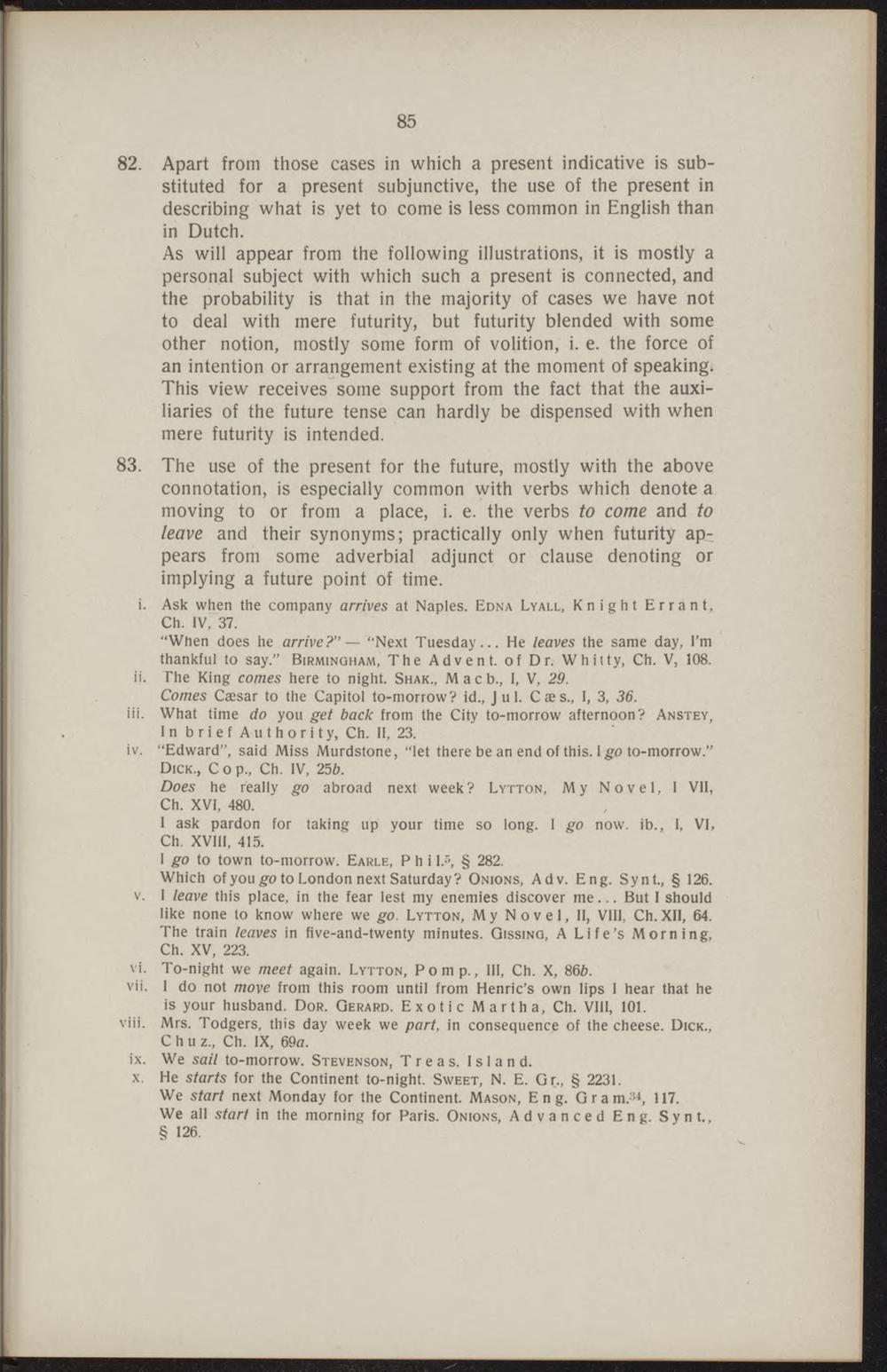 82. Apart from those cases in which a present indicative is substituted for a present subjunctive, the use of the present in describing what is yet to come is less common in English than in Dutch.

As will appear from the following illustrations, it is mostly a personal subject with which such a present is connected, and the probability is that in the majority of cases we have not to deal with mere futurity, but futurity blended with some other notion, mostly some form of volition, i. e. the force of an intention or arrangement existing at the moment of speaking. This view receives some support from the fact that the auxiliaries of the future tense can hardly be dispensed with when mere futurity is intended.

83. The use of the present for the future, mostly with the above connotation, is especially common with verbs which denote a moving to or from a place, i. e. the verbs to come and to leave and their synonyms; practically only when futurity apt pears from some adverbial adjunct or clause denoting or implying a future point of time.

iii. What time do you get back from the City to-morrow afternoon? Anstey, In brief Authority, Ch. II, 23.

vü. I do not move from this room untii from Henric's own lips I hear that he