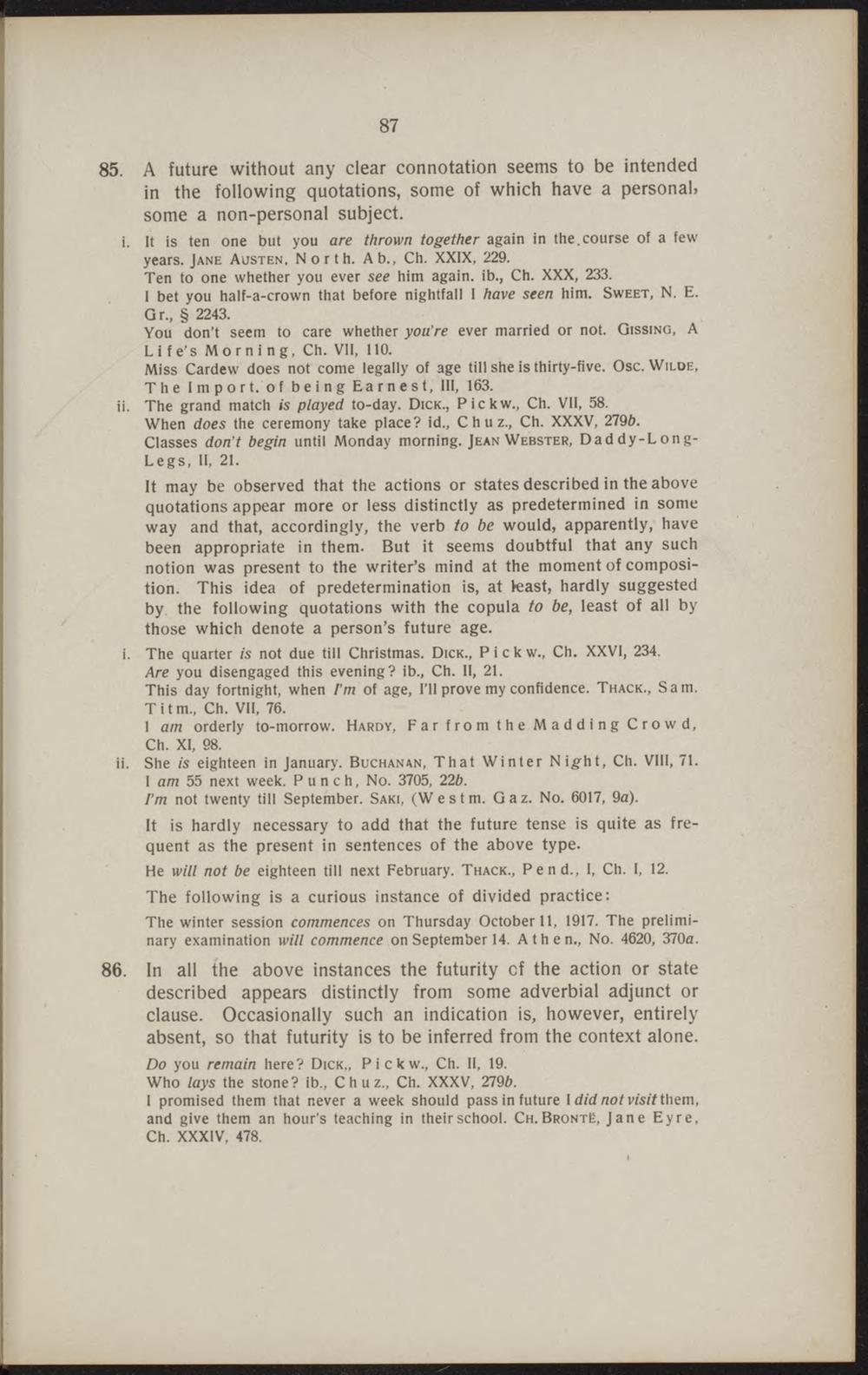 85. A future without any clear connotation seems to be intended in the following quotations, some of which have a personal, some a non-personal subject.

i. It is ten one but you are thrown together again in the.course of a few years. Jane Austen. North. Ab., Ch. XXIX, 229.

I bet you half-a-crown that before nightfall I have seen him. Sweet, N. E.

Miss Cardew does not come legally of age till she is thirty-five. Osc. Wilde, The Import, of being Earnest, III, 163.

It may be observed that the actions or states described in the above quotations appear more or less distinctly as predetermined in some way and that, accordingly, the verb to be would, apparently, have been appropriate in them. But it seems doubtful that any such notion was present to the writer's mind at the moment of composition. This idea of predetermination is, at least, hardly suggested by. the following quotations with the copula to be, least of all by those which denote a person's future age. i. The quarter is not due till Christmas. Dick, Pickw, Ch. XXVI, 234. Are you disengaged this evening? ib, Ch. II, 21.

It is hardly necessary to add that the future tense is quite as frequent as the present in sentences of the above type. He will not be eighteen till next February. Thack, Pend, I, Ch. I, 12. The following is a curious instance of divided practice: The winter session commences on Thursday Octoberll, 1917. The preliminary examination will commence on September 14. Athen, No. 4620, 370a.

86. In all the above instances the futurity of the action or state described appears distinctly from some adverbial adjunct or clause. Occasionally such an indication is, however, entirely absent, so that futurity is to be inferred from the context alone.

I promised them that never a week should pass in future I did not visit them, and give them an hour's teaching in their school. Ch. Brontë, Jane Eyre, Ch. XXXIV, 478.