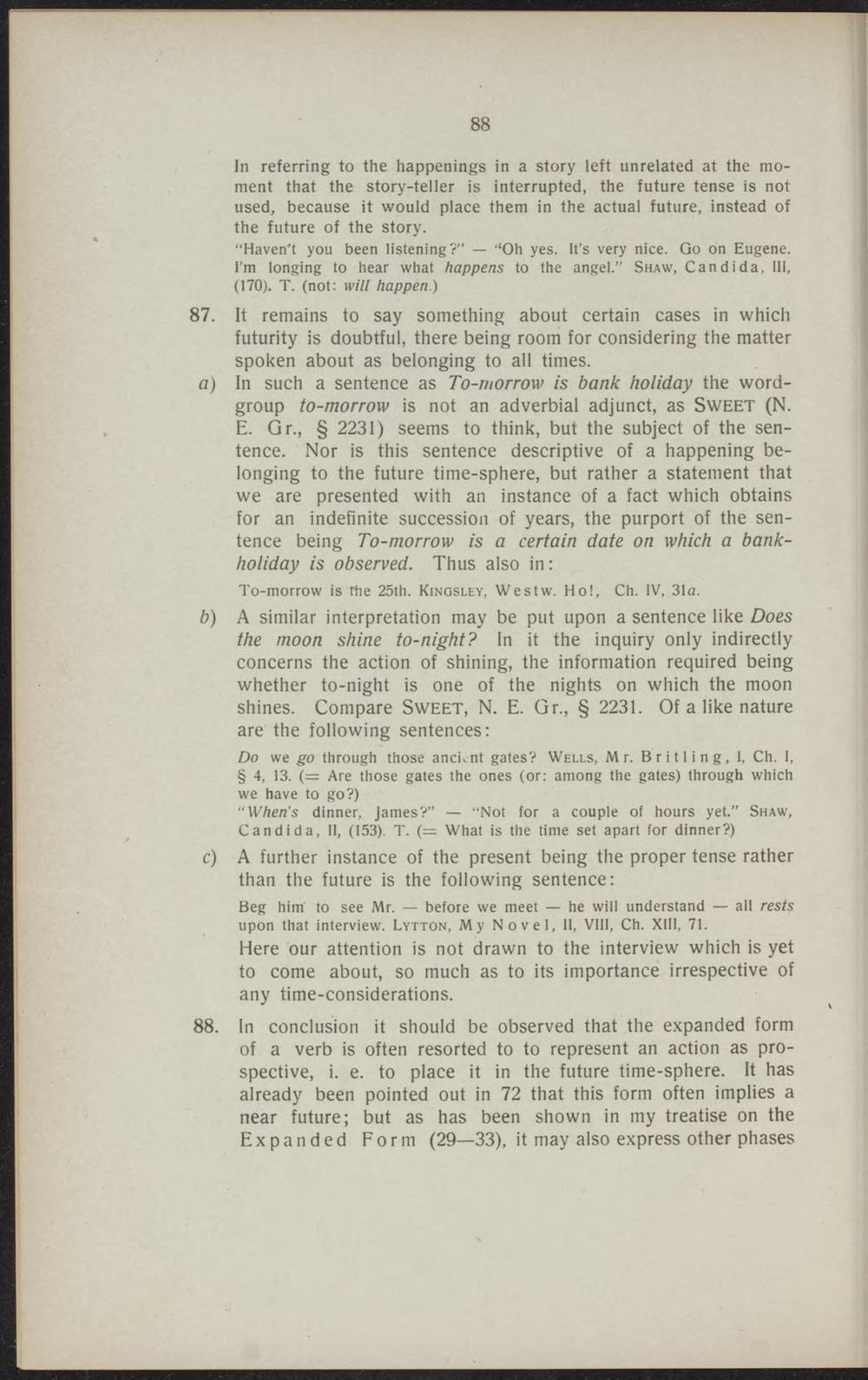 In referring to the happenings in a story left unrelated at the moment that the story-teller is interrupted, the future tense is not used, because it would place them in the actual future, instead of the future of the story.

87. It remains to say something about certain cases in which futurity is doubtful, there being room for considering the matter spoken about as belonging to all times.

o) In such a sentence as To-morrow is bank holiday the wordgroup to-morrow is not an adverbial adjunct, as Sweet (N. E. Gr, § 2231) seems to think, but the subject of the sentence. Nor is this sentence descriptive of a happening belonging to the future time-sphere, but rather a statement that we are presented with an instance of a fact which obtains for an indefinite succession of years, the purport of the sentence being To-morrow is a certain date on which a bankholiday is observed. Thus also in:

b) A similar interpretation may be put upon a sentence like Does the moon shine to-night? In it the inquiry only indirectly concerns the action of shining, the information required being whether to-night is one of the nights on which the moon shines. Compare Sweet, N. E. Gr, § 2231. Of a like nature are the following sentences:

c) A further instance of the present being the proper tense rather than the future is the following sentence:

Beg him' to see Mr. — before we meet — he will understand — all rests upon that interview. Lytton, My No vel, II, VIII, Ch. XIII, 71. Here our attention is not drawn to the interview which is yet to come about, so much as to its importance irrespective of any time-considerations.

88. In conclusion it should be observed that the expanded form of a verb is often resorted to to represent an action as prospective, i. e. to place it in the future time-sphere. It has already been pointed out in 72 that this form often implies a near future; but as has been shown in my treatise on the Expanded Form (29—33), it may also express other phases