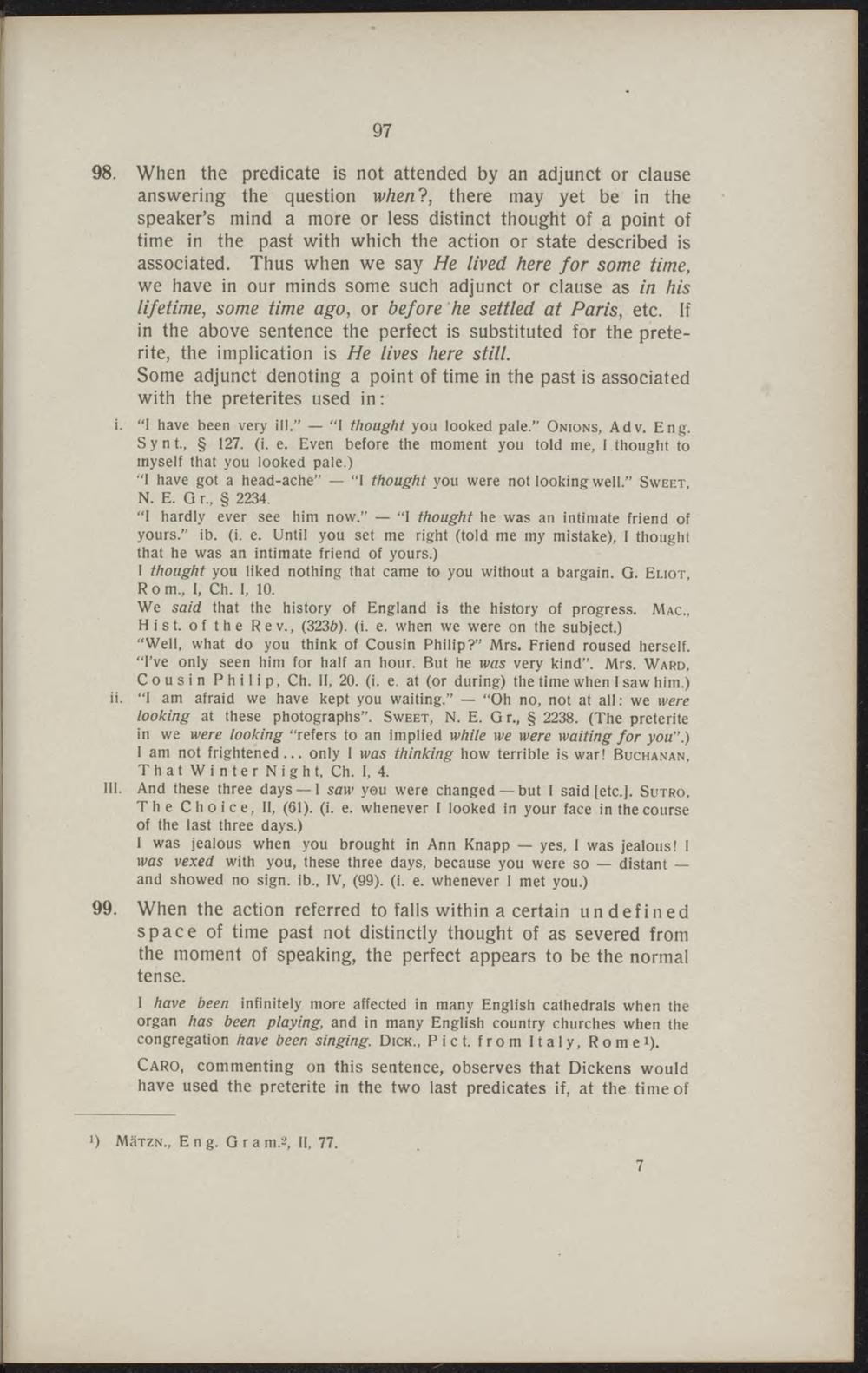 98. When the predicate is not attended by an adjunct or clause answering the question when?, there may yet be in the speaker's mind a more or less distinct thought of a point of time in the past with which the action or state described is associated. Thus when we say He lived here for some time, we have in our minds some such adjunct or clause as in his lifetime, some time ago, or before 'he settled at Paris, etc. If in the above sentence the perfect is substituted for the preterite, the implication is He lives here still.

Some adjunct denoting a point of time in the past is associated with the preterites used in:

99. When the action referred to falls within a certain undefined space of time past not distinctly thought of as severed from the moment of speaking, the perfect appears to be the normal tense.

Caro, commenting on this sentence, observes that Dickens would have used the preterite in the two last predicates if, at the time of