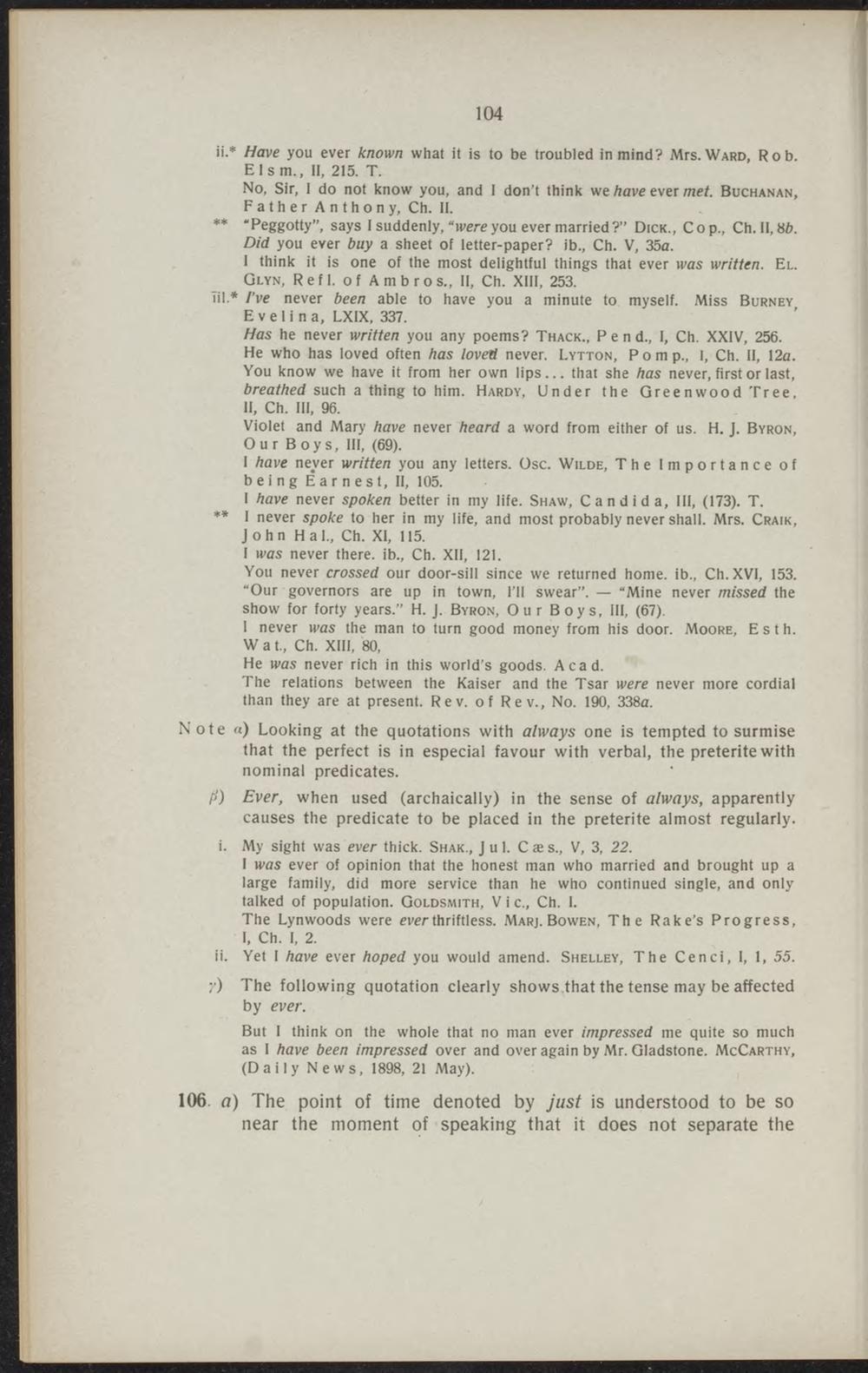 No, Sir, I do not know you, and I don't think we have ever met. Buchanan,

I think it is one of the most deligbtful things that ever was written. El.

I have neyer written you any letters. Osc. Wilde, The Importance of being Earnest, II, 105.

He was never rich in this world's goods. Acad.

The relations between the Kaiser and the Tsar were never more cordial than they are at present. Rev. of Rev., No. 190, 338a.

Note a) Looking at the quotations with always one is tempted to snrmise that the perfect is in especiai favour with verbal, the preterite with nominal predicates. p) Ever, when used (archaically) in the sense of always, apparently causes the predicate to be placed in the preterite almost regularly.

1 was ever of opinion that the honest man who married and brought up a large family, did more service than he who continued single, and only talked of population. Goldsmith, V i c, Ch. I.

The Lynwoods were everthriftless. Marj. Bowen, The Rake's Progress, I, Ch. I, 2.

y) The following quotation clearly shows that the tense may be affected by ever.

But I think on the whole that no man ever impressed me quite so much as I have been impressed over and over again by Mr. Gladstone. McCarthy, (Daily News, 1898, 21 May).

106. a) The point of time denoted by just is understood to be so near the moment of speaking that it does not separate the