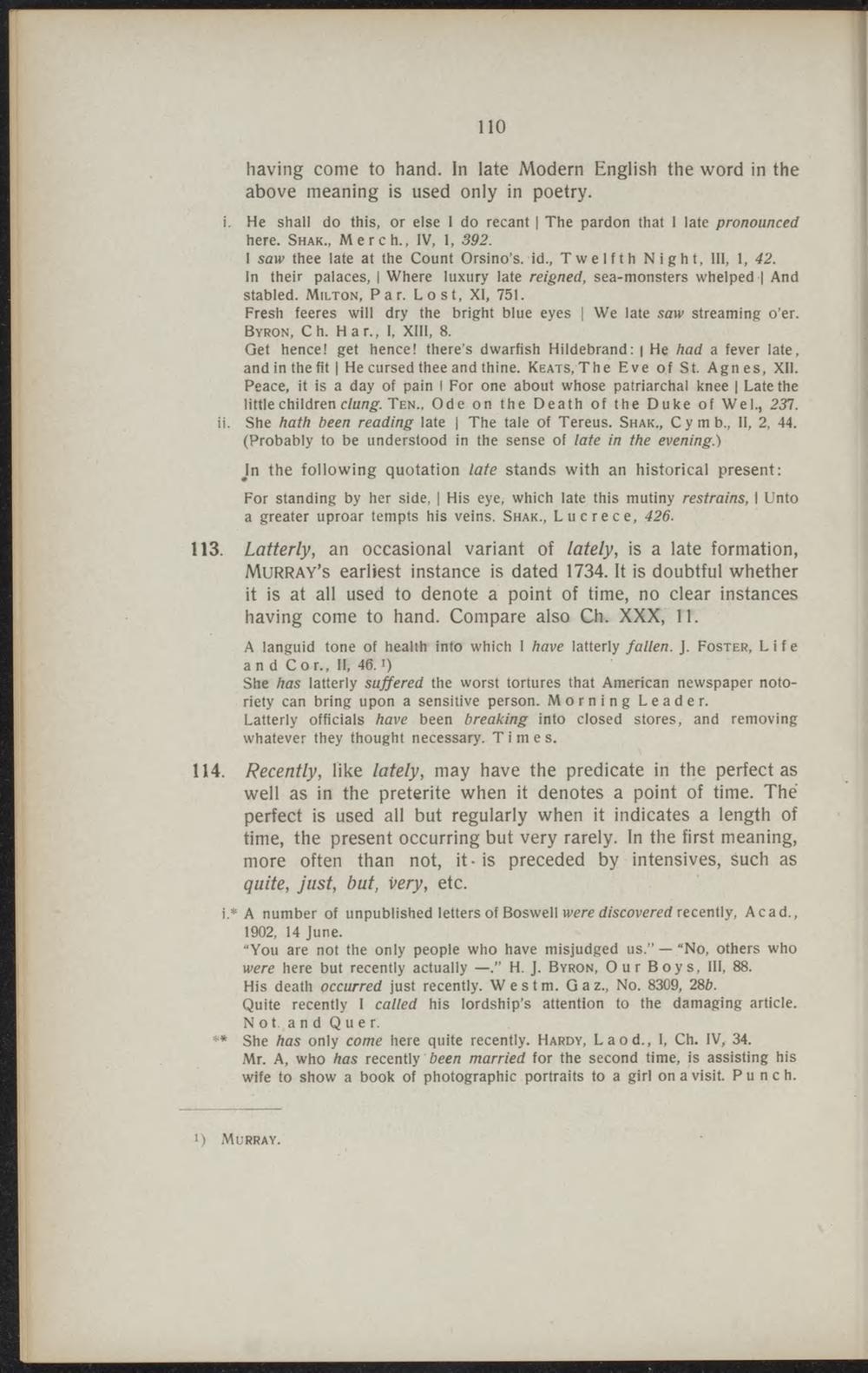 having come to hand. In late Modern English the word in the above meaning is used only in poetry.

Get hencel get hence! there's dwarflsh Hildebrand: | He had a fever late, and in the fit | He cursed thee and thine. KeATs,The Eve of St. Agnes, XII. Peace, it is a day of pain l For one about whose patriarchal knee | Late the littlechildrenclung. Ten., Ode on the Death of the Duke of Wel., 237. i. She hath been reading late | The tale of Tereus. Shak, C y m b, II, 2, 44. (Probably to be understood in the sense of late in the evening.)

In the following quotation late stands with an historical present:

a languid tone of health info which I have latterly fallen. J. Foster, Life an d Cor, II, 46. i)

She has latterly suffered the worst tortures that American newspaper notoriety can bring upon a sensitive person. Morning Leader. Latterly officials have been breaking into closed stores, and removing whatever they thought necessary. Times.

Recently, like lately, may have the predicate in the perfect as well as in the preterite when it denotes a point of time. Thé perfect is used all but regularly when it indicates a length of time, the present occurring but very rarely. In the first meaning, more often than not, it • is preceded by intensives, such as quite, just, but, very, etc.

L* A number of unpublished letters of Boswell were discovered recently, Acad., 1902, 14 June.

"You are not the only people who have misjudged us." — "No, others who were here but recently actually —." H. J. Byron, Our Boys, III, 88. His death occurred just recently. Westm. Gaz, No. 8309, 286. Quite recently I called his lordship's attention to the damaging article. Not. and Quer.

Mr. a, who Aas recently been married for the second time, is assisting his wife to show a book of photographic portraits to a girl onavisit Punch.