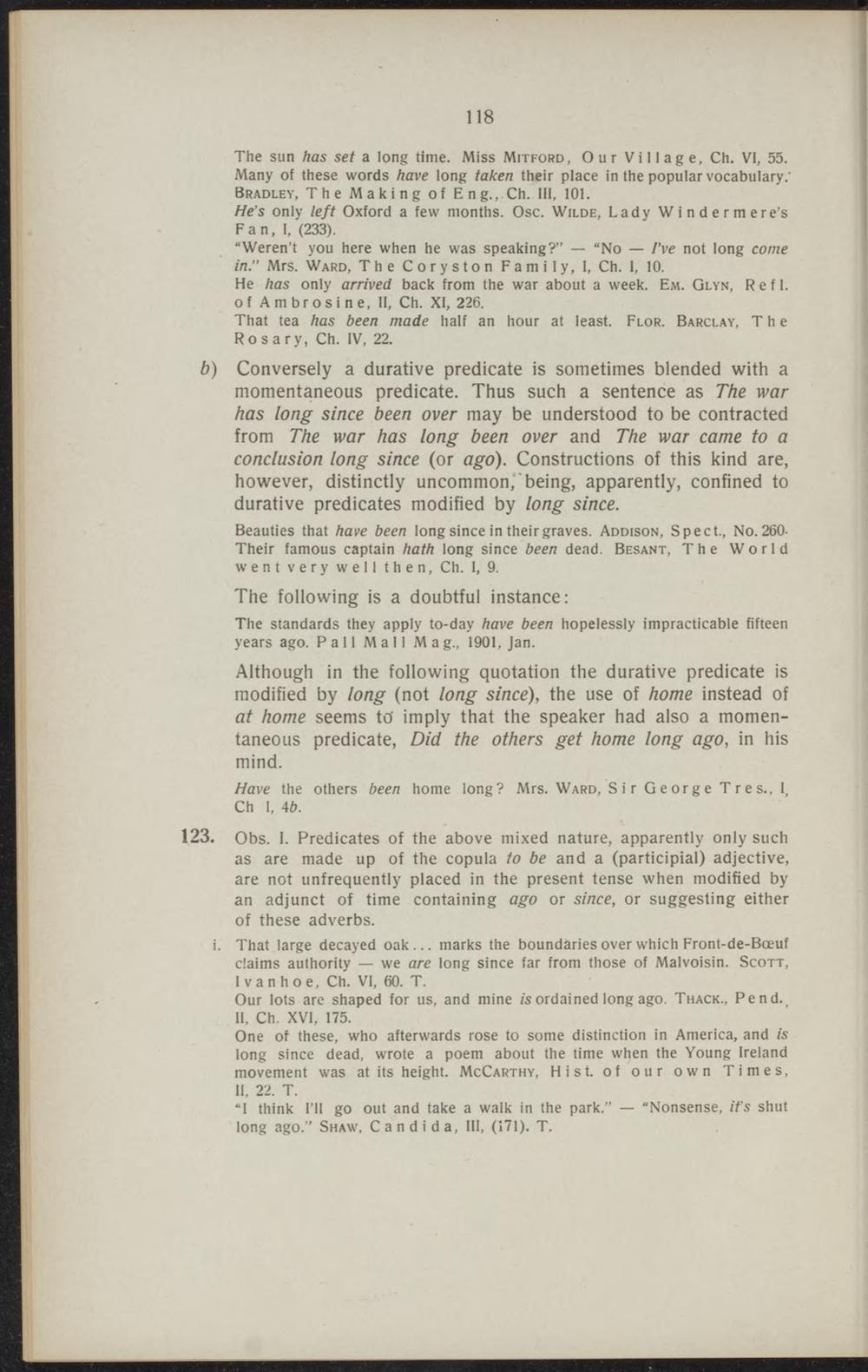 The sun Aas set* a long time. Miss Mitford, Our Vil lage, Ch. VI, 55. Many of these words Aave long taken their place in the popular vocabulary.' Bradley, The Making of Eng., Ch. III, 101.

That tea Aas been made half an hour at least. Flor. Barclay, The Rosary, Ch. IV, 22.

Beauties that have been long since in their graves. Addison, Speet, No. 260Their famous captain hath long since been dead. Besant, The World went very well then, Ch. I, 9.

The following is a doubtful instance:

Although in the following quotation the durative predicate is modified by long (not long since), the use of home instead of at home seems td imply that the speaker had also a momentaneous predicate, Did the others get home long ago, in his mind.

123. Obs. I. Predicates of the above mixed nature, apparently only such as are made up of the copula to be and a (participial) adjective, are not unfrequently placed in the present tense when modified by an adjunct of time containing ago or since, or suggesting either of these adverbs.

i. That large decayed oak... marks the boundaries over which Front-de-Bceuf claims authority — we are long since far from those of Malvoisin. Scott, I van hoe, Ch. VI, 60. T.

One of these, who afterwards rose to some distinction in America, and is long since dead, wrote a poem about the time when the Young Ireland movement was at its height. McCarthy, Hist. of our own Times,