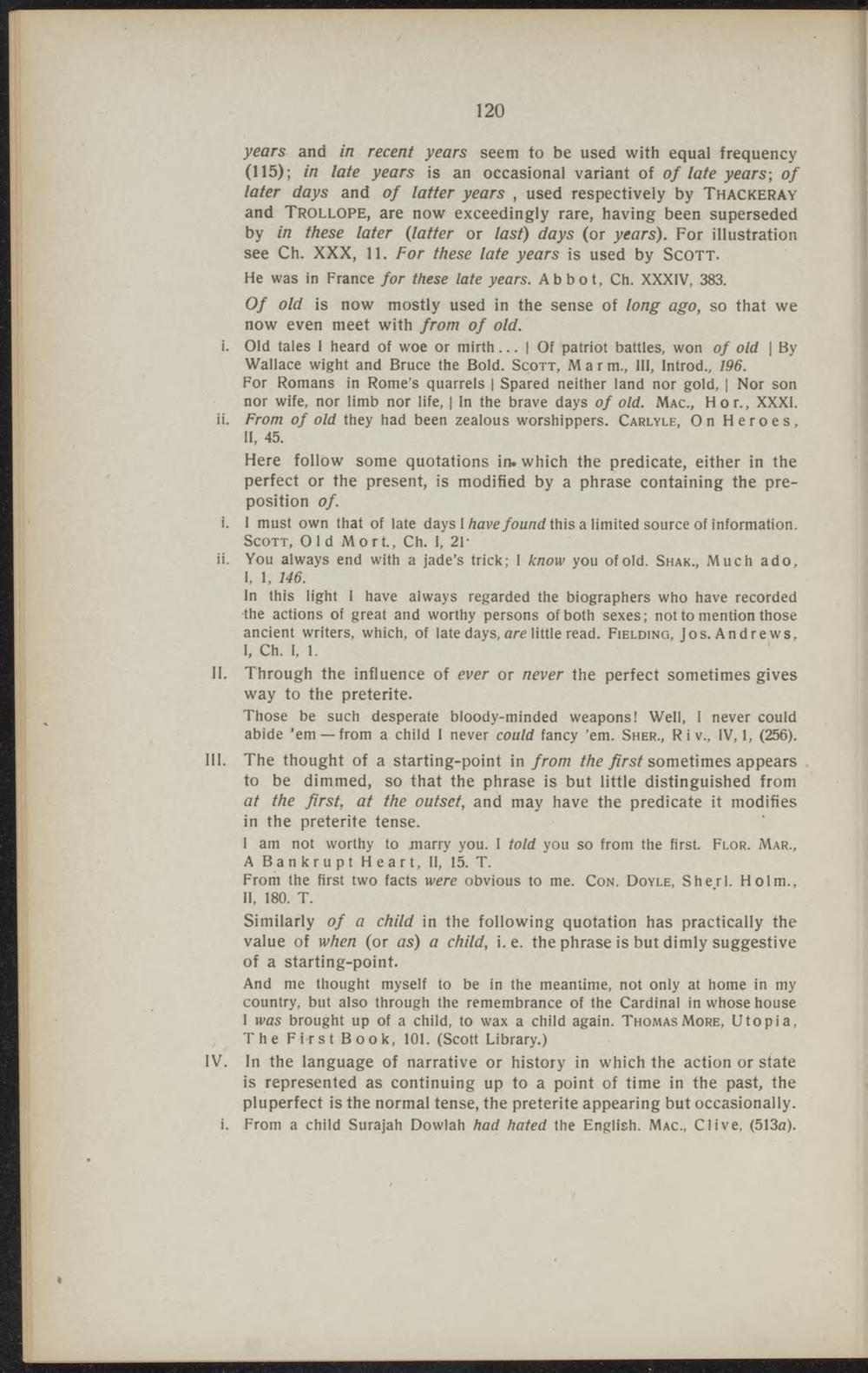 For Romans in Rome's quarrels | Spared neither land nor gold, | Nor son nor wife, nor limb nor life, | In the brave days of old. Mac, Hor., XXXI.

ii. From of old they had been zealous worshippers. Carlyle, On Heroes, II, 45.

Here follow some quotations in. which the predicate, either in the perfect or the present, is modified by a phrase containing the preposition of.

i. I must own that of late days I have found this a limited source of information. Scott, Old Mort, Ch. I, 21

In this light I have always regarded the biographers who have recorded the actions of great and worthy persons of both sexes; not to mention those ancient writers, which, of late days, are little read. Fieldino, Jos. Andrews,

II. Through the influence of ever or never the perfect sometimes gives way to the preterite.

III. The thought of a starting-point in from the first sometimes appears to be dimmed, so that the phrase is but little distlnguished from at the first, at the outset, and may have the predicate it modifies in the preterite tense.

From the first two facts were obvious to me. Con. Doyle, Sherl. Holm.,

Similarly of a child in the following quotation has practically the value of when (or as) a child, i.e. the phrase is but dimly suggestive of a starting-point.

And me thought myself to be in the meantime, not only at home in my country, but also through the remembrance of the Cardinal in whose house I was brought up of a chiid, to wax a child again. Thomas More, Utopia, The First Book, 101. (Scott Library.)

IV. In the language of narrative or history in which the action or state is represented as continuing up to a point of time in the past, the pluperfect is the normal tense, the preterite appearing but occasionally.