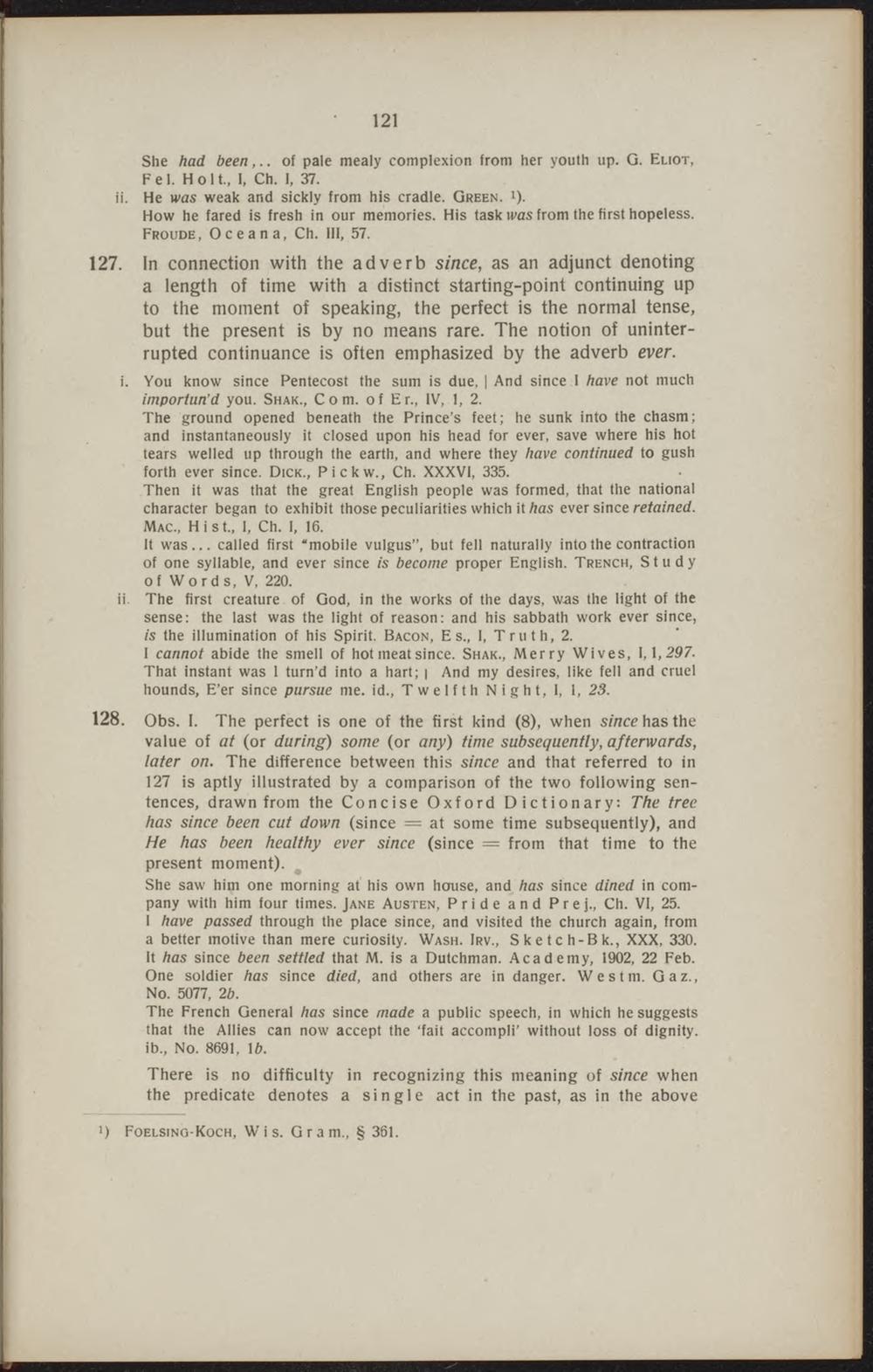 How he fared Is fresh in our memories. Hls task was from the first hopeless. Froude, Oceana, Ch. III, 57.

127. In connection with the adverb since, as an adjunct denoting a length of time with a distinct starting-point continuing up to the moment of speaking, the perfect is the normal tense, but the present is by no means rare. The notion of uninterrupted continuance is often emphasized by the adverb ever.

The ground opened beneath the Prince's feet; he sunk into the chasm; and instantaneously it closed upon his head for ever, save where his hot tears welled up through the earth, and where they have continued to gush forth ever since. Dick, Pickw, Ch. XXXVI, 335.

Then it was that the great English people was formed, that the national character began to exhibit those peculiarities which it has ever since retained. Mac, Hist, I, Ch. I, 16.

It was... called first 'mobile vulgus", but feil naturally into the contraction of one syliable, and ever since is become proper English. Trench, S t u d y of Word s, V, 220.

ii. The first creature of God, in the works of the days, was the light of the sense: the last was the light of reason: and his sabbath work ever since, is the illumination of his Spirit. Bacon, Es, 1, Truth, 2.

128. Obs. I. The perfect is one of the first kind (8), when since has the value of at (or during) some (or any) time subsequently, afterwards, later on. The difference between this since and that referred to in 127 is aptly illustrated by a comparison of the two following sentences, drawn from the Concise Oxford Dictionary: The tree has since been cut down (since = at some time subsequently), and He has been healthy ever since (since = from that time to the present moment).

The French General has since made a public speech, in which he suggests that the Allies can now accept the 'fait accompli' without loss of dignity. ib, No. 8691, ib.

There is no difficulty in recognizing this meaning of since when the predicate denotes a single act in the past, as in the above