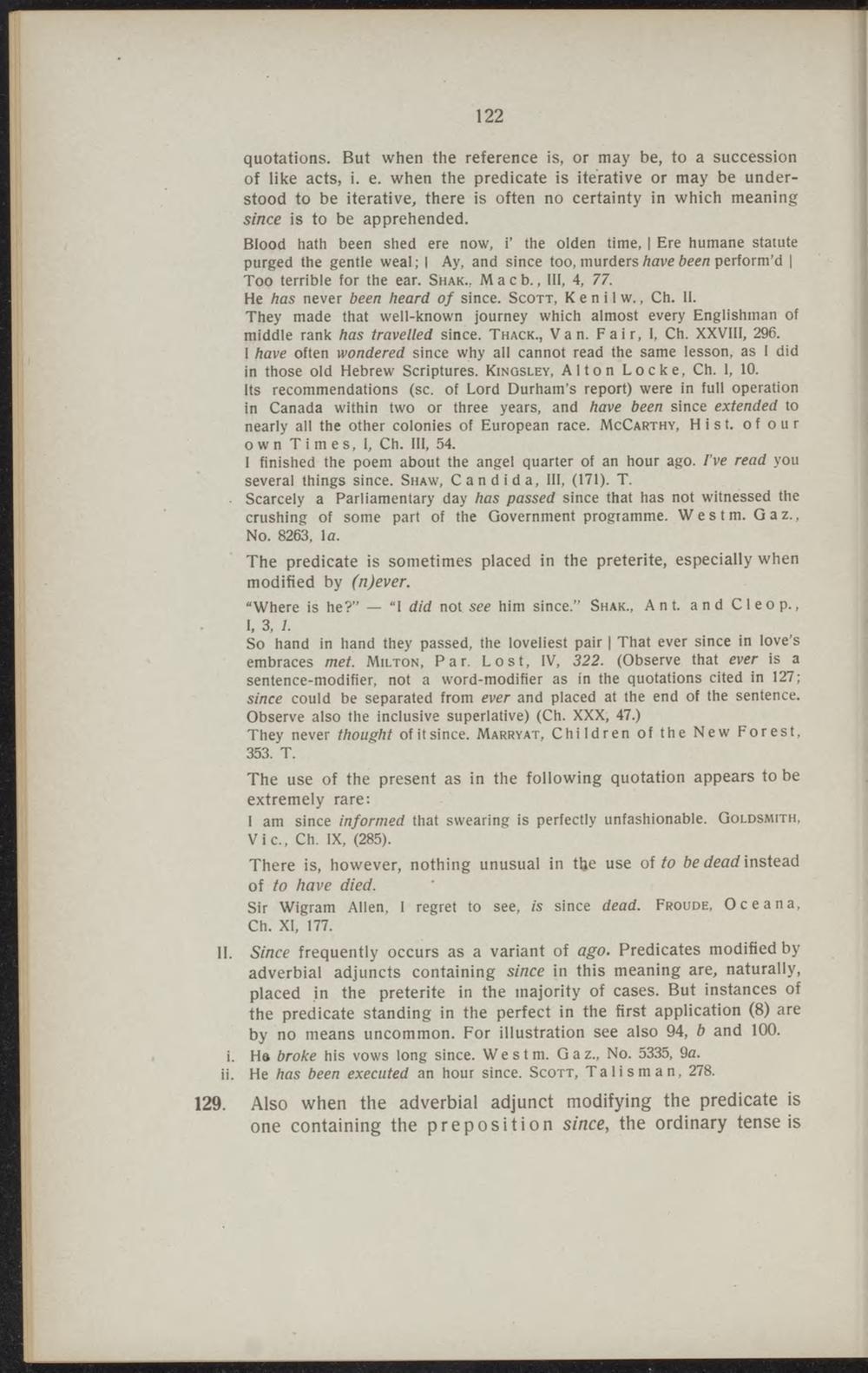 quotations. But when the reference is, or may be, to a succession of like acts, i. e. when the predicate is iterative or may be understood to be iterative, there is often no certainty in which meaning since is to be apprehended.

purged the gentle weal; I Ay, and since too, murders have been perform'd |

They made that well-known journey which almost every Englishman of

I have often wondered since why all cannot read the same Iesson, as I did

Its recommendations (sc. of Lord Durham's report) were in full operation

in Canada within two or three years, and have been since extended to

nearly all the other colonies of European race. McCarthy, Hist. ofour

I finished the poem about the angel quarter of an hour ago. fve read you several things since. Shaw, Candida, III, (171). T. Scarcely a Parliamentary day has passed since that has not witnessed the crushing of some part of the Government programme. Westm. Gaz., No. 8263, la.

The predicate is sometimes placed in the preterite, especially when modified by (n)ever.

The use of the present as in the following quotation appears to be extremely rare:

I am since informed that swearing is perfectly unfashionable. Goldsmith, Vic, Ch. IX, (285).

There is, however, nothing unusual in the use of to be dead instead of to have died.

II. Since frequently occurs as a variant of ago. Predicates modified by adverbial adjuncts containing since in this meaning are, naturally, placed in the preterite in the majority of cases. But instances of the predicate standing in the perfect in the first application (8) are by no means uncommon. For illustration see also 94, b and 100.

ii. He has been executed an hour since. Scott, Talisman, 278.

129. Also when the adverbial adjunct modifying the predicate is one containing the preposition since, the ordinary tense is