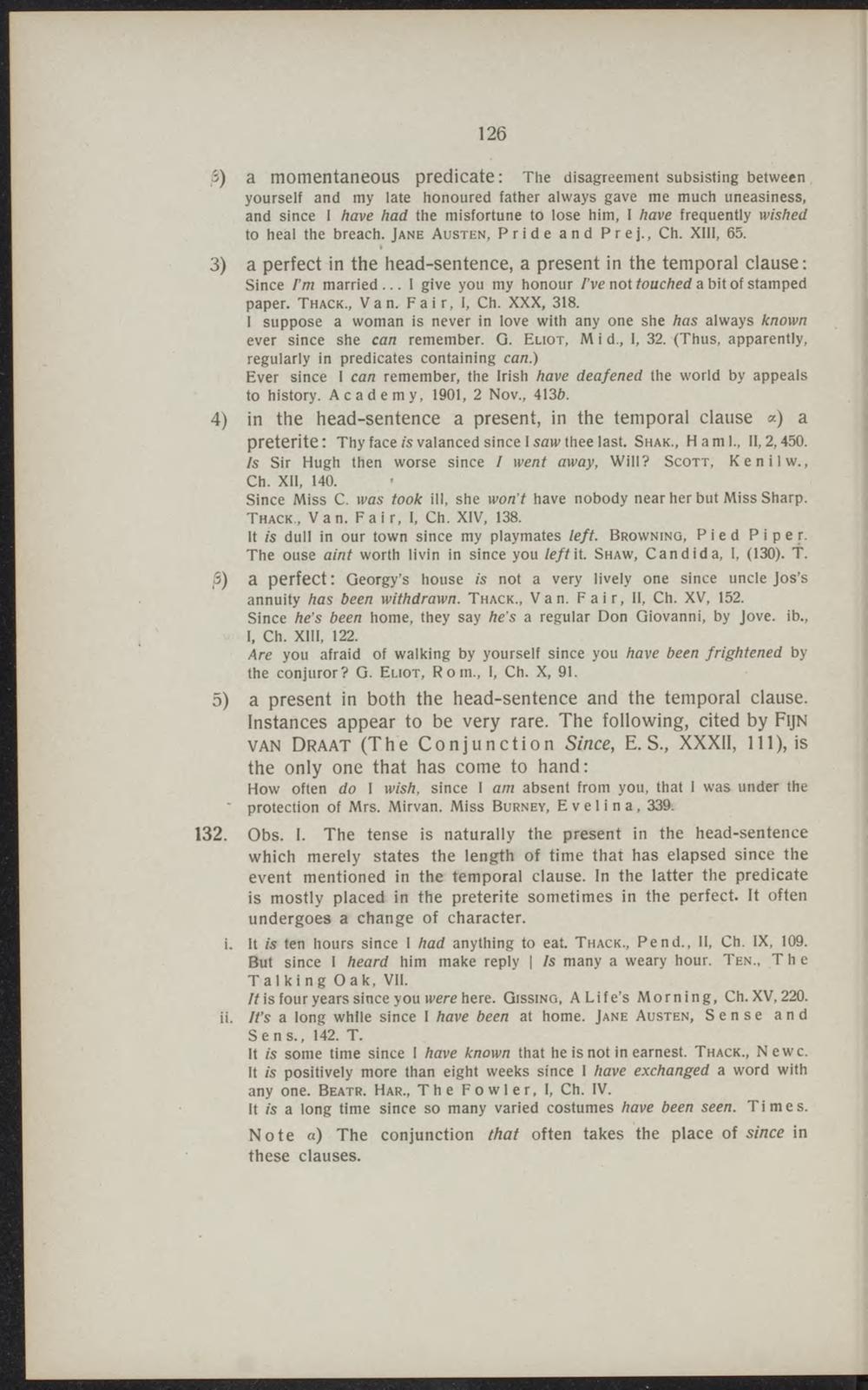 a momentaneous predicate: The disagreement subsisting between yourself and my late honoured father always gave me much uneasiness, and since I have had the misfortune to lose him, I have frequently wished to heal the breach. Jane Austen, Pride and Prej, Ch. XIII, 65.

I suppose a woman is never in love with any one she has always known ever since she can remember. G. Eliot, M i d, I, 32. (Thus, apparently, regularly in predicates containing can.)

Are you afraid of walking by yourself since you have been frightened by the conjuror? G. Eliot, Rom, I, Ch. X, 91.

a present in both the head-sentence and the temporal clause. Instances appear to be very rare. The following, cited by Fijn van Draat (The Conjunction Since, E.S, XXXII, 111), is the only one that has come to hand:

How often do I wish, since I am absent from you, that i was under the protection of Mrs. Mirvan. Miss Burney, Evelina, 339-.

Obs. I. The tense is naturally the present in the head-sentence which merely states the length of time that has elapsed since the event mentioned in the temporal clause. In the latter the predicate is mostly placed in the preterite sometimes in the perfect. It often undergoes a change of character.

It is some time since i have known that he is not in earnest. Thack, Newc. It is positively more than eight weeks since I have exchanged a word with any one. Beatr. Har, The Fowler, I, Ch. iv.

It is a long time since so many varied costumes have been seen. Times. Note a) The conjunction that often takes the place of since in these clauses.