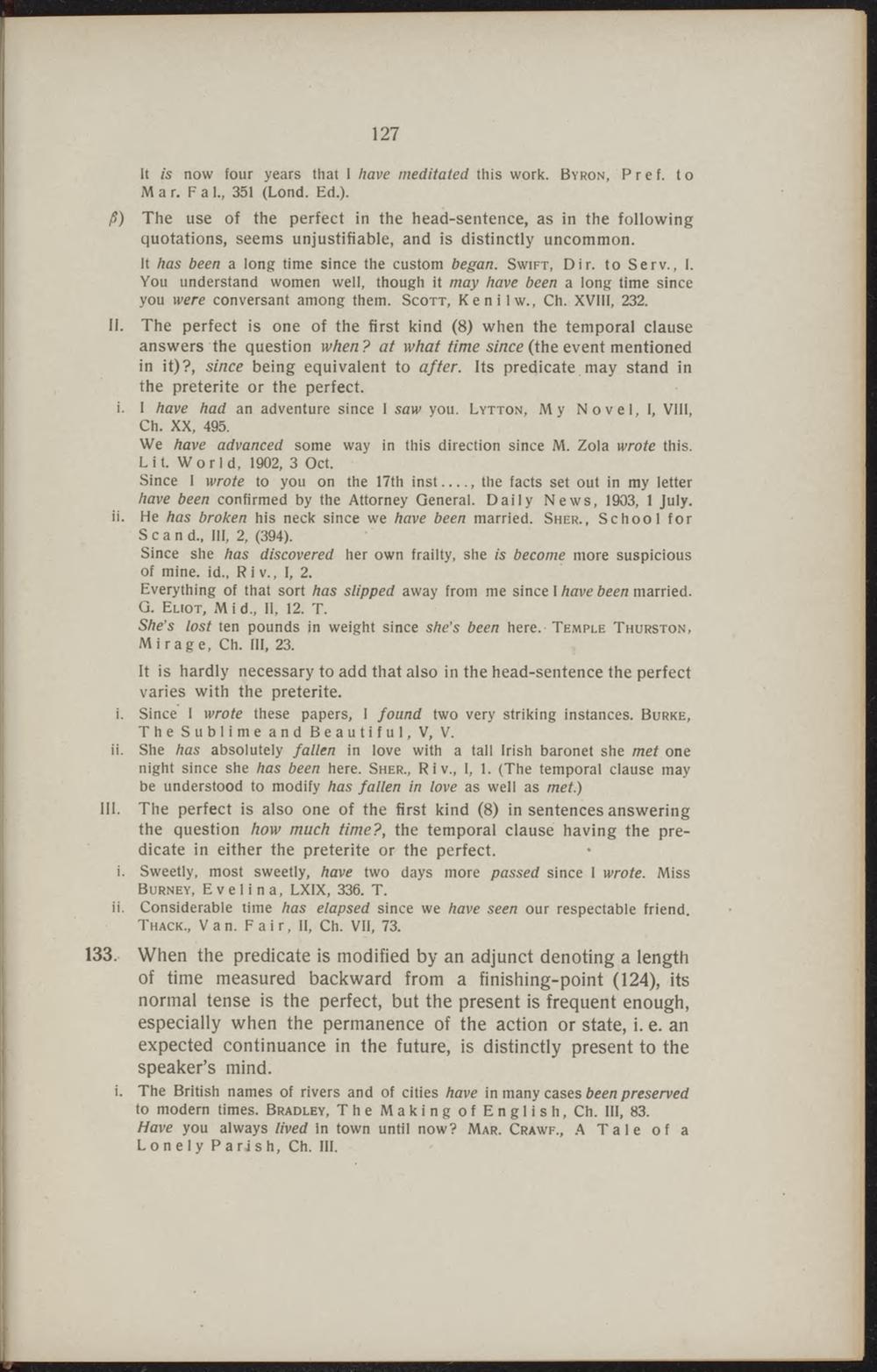 The use of the perfect in the head-sentence, as in the following quotations, seems unjustifiable, and is distinctly uncommon. It has been a long time since the custom began. Swift, Dir. to Serv., I. You understand women well, though it may have been a long time since you were con versant among them. Scott, Keniiw, Ch. XVIII, 232.

The perfect is one of the first kind (8) when the temporal clause answers the question when ? at what time since (the event mentioned in it)?, since being equivalent to after. Its predicate. may stand in the preterite or the perfect.

We have advanced some way in this direction since M. Zola wrote this. Lit. World, 1902, 3 Oct.

Since I wrote to you on the 17th inst , the facts set out in my letter

Since she has discovered her own frailty, she is become more suspicious of mine. id, Riv, I, 2.

Everything of that sort has slipped away from me since I have been married. G. Eliot, Mid, II, 12. T.

It is hardly necessary to add that also in the head-sentence the perfect varies with the preterite.

She Aas absoluteiy fallen in love with a tall Irish baronet she met one night since she has been here. Sher, Riv, I, 1. (The temporal clause may be understood to modify Aas fallen in love as weli as met.) The perfect is also one of the first kind (8) in sentences answering the question how much time?, the temporal clause having the predicate in either the preterite or the perfect.

When the predicate is modified by an adjunct denoting a length of time measured backward from a finishing-point (124), its normal tense is the perfect, but the present is frequent enough, especially when the permanence of the action or state, i. e. an expected continuance in the future, is distinctly present to the speaker's mind.

The British names of rivers and of cities Aave in many cases been preserved to modern times. Bradley, The Making of English, Ch. III, 83. Have you always lived in town until now? Mar. Crawf, A Tale of a Lonely Parish, Ch. III.