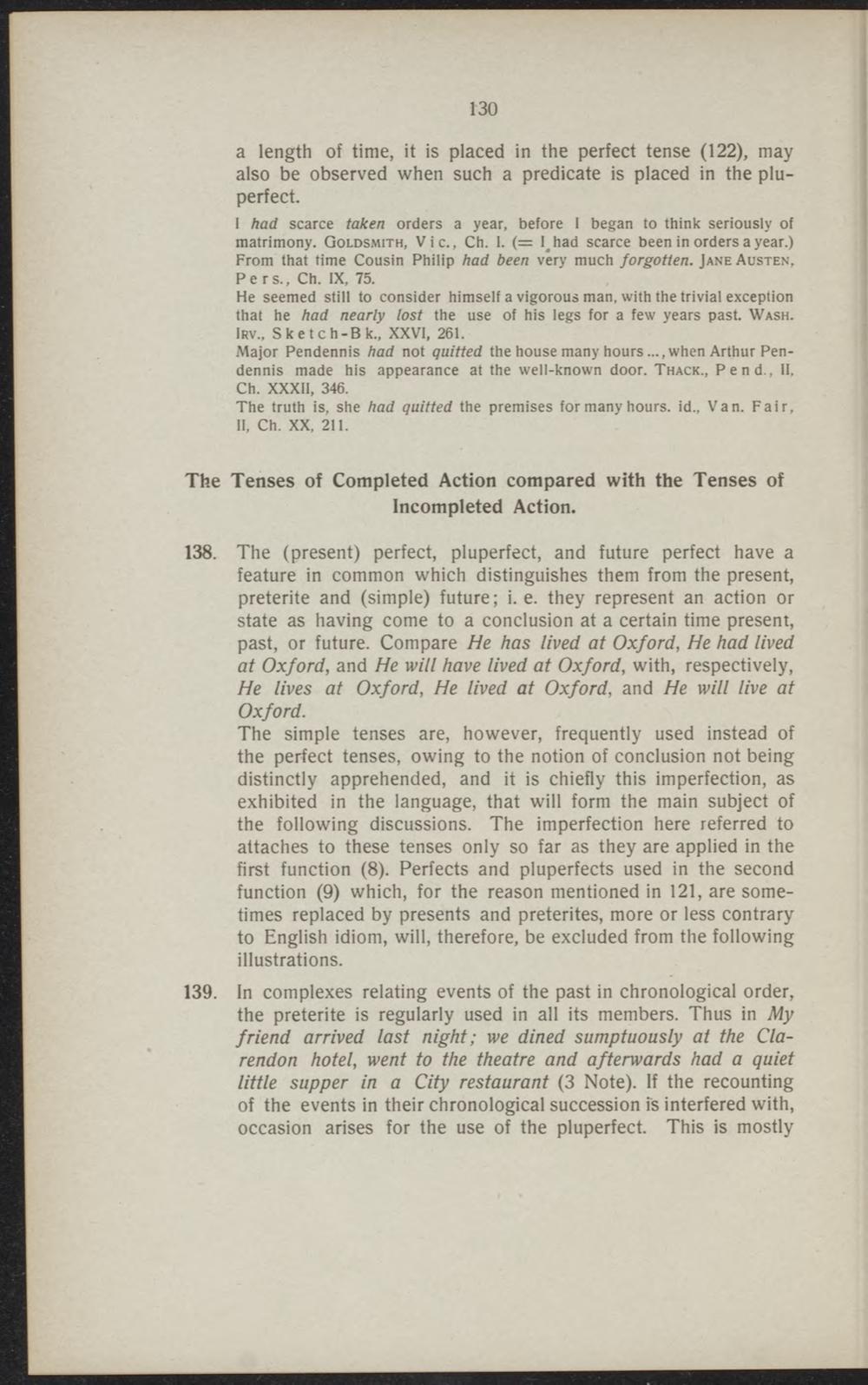 I had scarce taken orders a year, before I began to think seriously of matrimony. Goldsmith, Vic., Ch. I. (= Ihad scarce been in orders a year.) From that time Cousin Philip had been very much forgotien. Jane Austen, Pe rs, Ch. IX, 75.

He seemed still to consider himself a vigorous man, with the trivial exception that he had nearly lost the use of his legs for a few years past Wash. Irv., Sketch-Bk, XXVI, 261.

Major Pendennis had not quitted the house many hours when Arthur Pendennis made his appearance at the well-known door. Thack, Pend, II, Ch. XXXII, 346.

The simple tenses are, however, frequently used instead of the perfect tenses, owing to the notion of conclusion not being distinctly apprehended, and it is chiefly this imperfection, as exhibited in the language, that will form the main subject of the following discussions. The imperfection here referred to attachés to these tenses only so far as they are applied in the first function (8). Perfects and pluperfects used in the second function (9) which, for the reason mentioned in 121, are sometimes replaced by presents and preterites, more or less contrary to English idiom, will, therefore, be excluded from the following illustrations.

139. In complexes relating events of the past in chronological order, the preterite is regularly used in all its members. Thus in My friend arrived last night; we dined samptuoasly at the Clarendon hotel, went to the theatre and afterwards had a quiet little supper in a City restaurant (3 Note). If the recounting of the events in their chronological succession is interfered with, occasion arises for the use of the pluperfect This is mostly