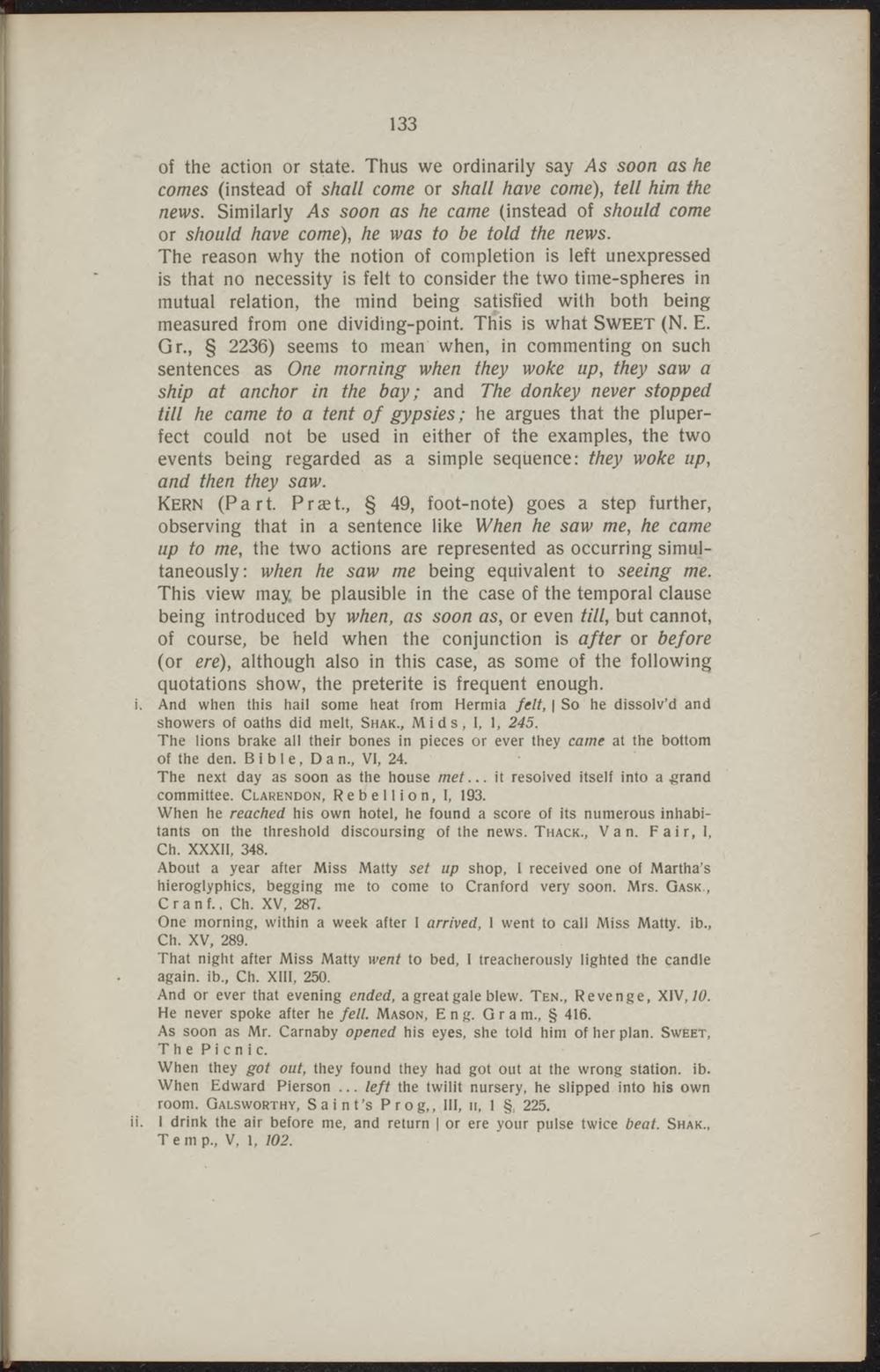 of the action or state. Thus we ordinarily say As soon as he comes (instead of shall come or shall have come), teil him the news. Similarly As soon as he came (instead of should come or should have come), he was to be told the news. The reason why the notion of completion is left unexpressed is that no necessity is feit to consider the two time-spheres in mutual relation, the mind being satisfied with both being measured from one dividing-point. This is what sweet (N. E. Gr, § 2236) seems to mean when, in commenting on such sentences as One morning when they woke up, they saw a ship at anchor in the boy; and The donkey never stopped till he came to a tent of gypsies; he argues that the pluperfect could not be used in either of the examples, the two events being regarded as a simple sequence: they woke up, and then they saw.

Kern (Part. Prat, § 49, foot-note) goes a step further, observing that in a sentence like When he saw me, he came up to me, the two actions are represented as occurring simttjtaneously: when he saw me being equivalent to seeing me. This view may, be plausible in the case of the temporal clause being introduced by when, as soon as, or even till, but cannot, of course, be held when the conjunction is after or before (or ere), although also in this case, as some of the following quotations show, the preterite is frequent enough. And when this hail some heat from Hermia feit, | So he dissolv'd and showers of oaths did melt, Shak, Mids, I, 1, 245. The lions brake ail their bones in pieces or ever they came at the bottom of the den. B i b 1 e, D a n, VI, 24.

When he reached his own hotel, he found a score of its numerous inhabitants on the threshold discoursing of the news. Thack, Van. Fair, I, Ch. XXXII, 348.

About a year after Miss Matty set up shop, I received one of Martha's hieroglyphics, begging me to come to Cranford very soon. Mrs. Gask, Cranf., Ch. XV, 287.