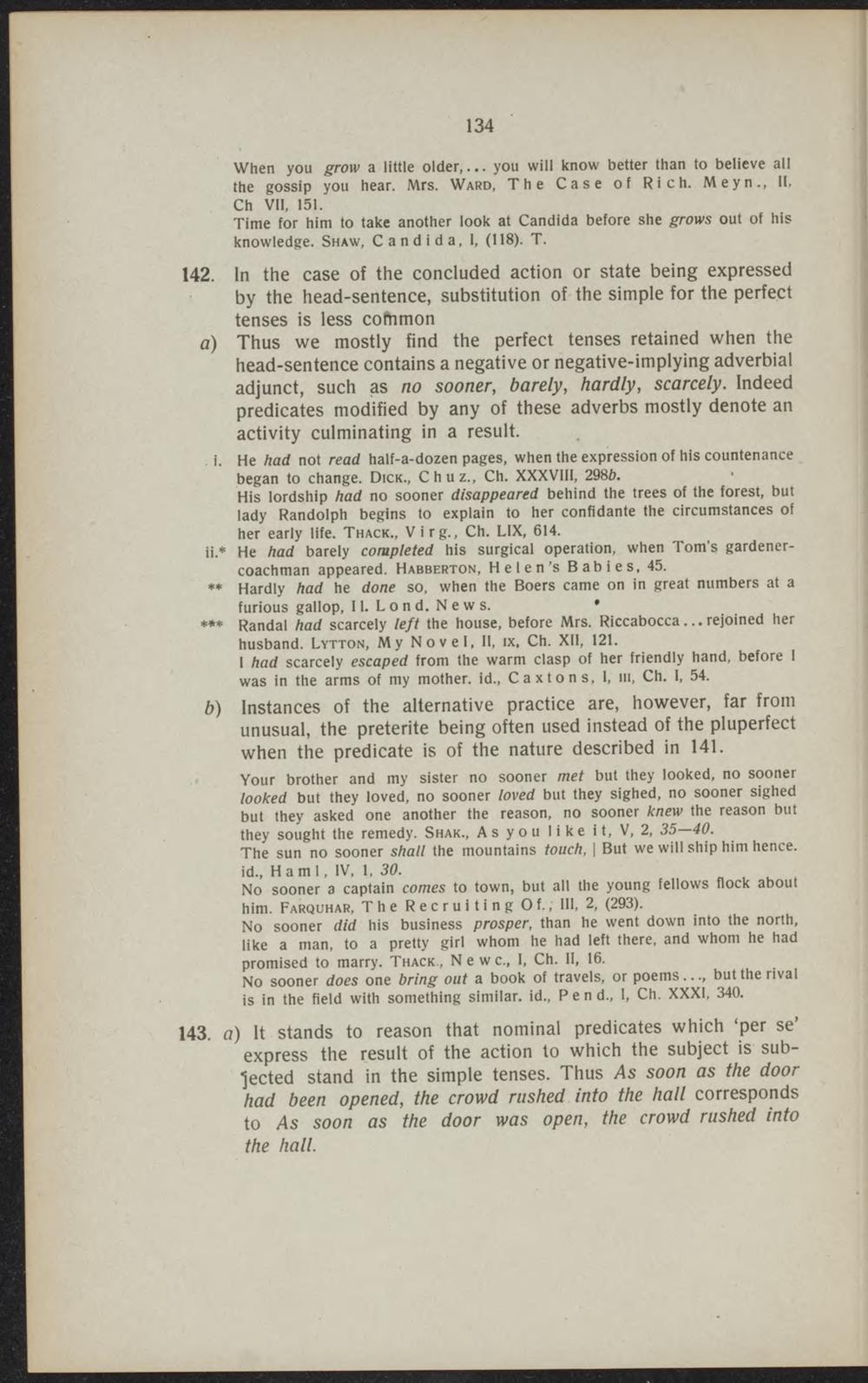 When you grow a little older,... you will know better than to believe all the gossip you hear. Mrs. Ward, The Case of Rich. Meyn, II, Ch VII, 151.

Time for him to take another look at Candida before she grows out of his knowledge. Shaw, Candida, I, (118). T.

142. In the case of the concluded action or state being expressed by the head-sentence, substitution of the simple for the perfect tenses is less common

a) Thus we mostly find the perfect tenses retained when the head-sentence contains a negative or negative-implying adverbial adjunct, such as no sooner, barely, hardly, scarcely. Indeed predicates modified by any of these adverbs mostly denote an activity culminating in a result.

1. He had not read half-a-dozen pages, when the expression of his countenance .

His lordship had no sooner dtsappeared behind the trees of the forest, but

lady Randolph begins to explain to her confidante the circumstances of

coachman appeared. Habberton, Helen's Babi es, 45. ** Hardly had he done so, when the Boers came on in great numbers at a

I had scarcely escaped from the warm clasp of her friendly hand, before I

b) Instances of the alternative practice are, however, far from unusual, the preterite being often used instead of the pluperfect when the predicate is of the nature described in 141.

No sooner a captain comes to town, but ail the young fellows flock about him. Farquhar, TheRecruitingOf., III, 2, (293). No sooner did his business prosper, than he went down into the north, like a man, to a pretty girl whom he had left there, and whom he had promised to marry. Thack, N e w c, I, Ch. II, 16.

No sooner does one bring out a book of travels, or poems.., butthenval is in the field with something similar. id, P e n d, I, Ch. XXXI, 340.

143. o) It stands to reason that nominal predicates which 'per se'