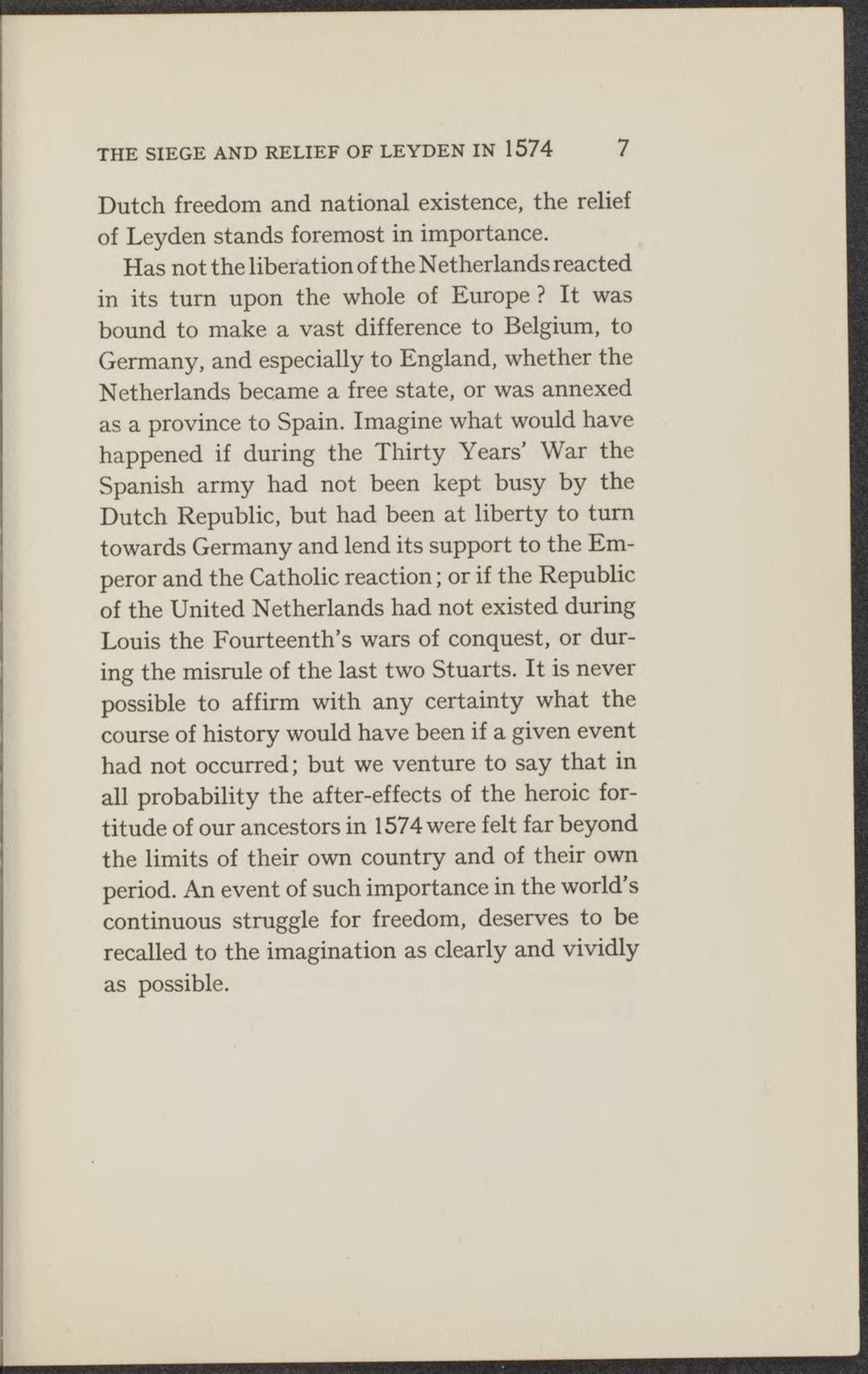 Dutch freedom and national existence, the reliëf of Leyden stands foremost in importance.

Has not the liberation of the Netherlands reacted in its turn upon the whole of Europe ? It was bound to make a vast difference to Belgium, to Germany, and especially to England, whether the Netherlands became a free state, or was annexed as a province to Spain. Imagine what would have happened if during the Thirty Years' War the Spanish army had not been kept busy by the Dutch Republic, but had been at liberty to turn towards Germany and lend its support to the Emperor and the Catholic reaction; or if the Republic of the United Netherlands had not existed during Louis the Fourteenth's wars of conquest, or during the misrule of the last two Stuarts. It is never possible to affirm with any certainty what the course of history would have been if a given event had not occurred; but we venture to say that in all probability the after-effects of the heroic fortitude of our ancestors in 1574were feit far beyond the limits of their own country and of their own period. An event of such importance in the world's continuous struggle for freedom, deserves to be recalled to the imagination as clearly and vividly as possible.