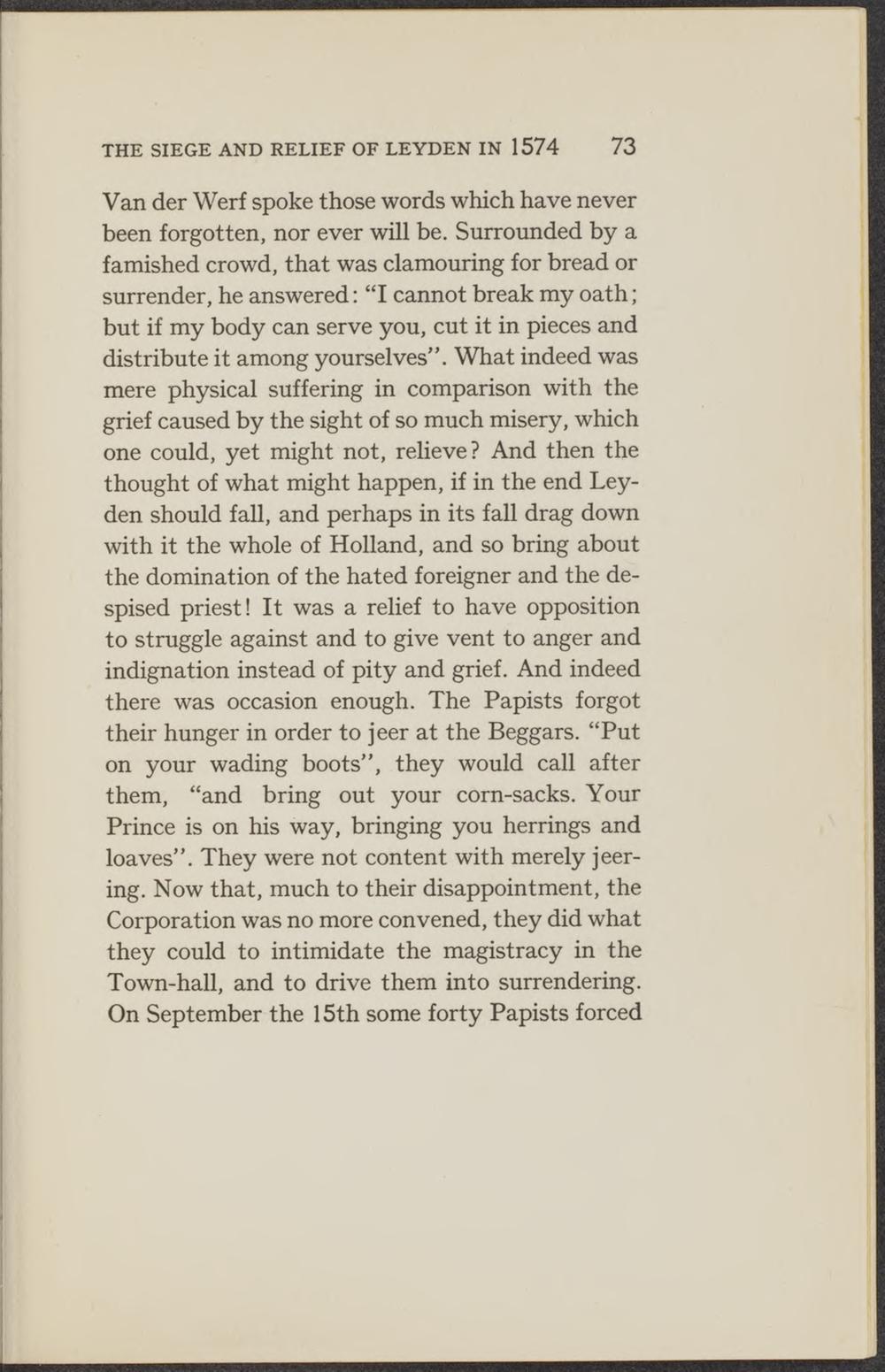 Van der Werf spoke those words which have never been forgotten, nor ever will be. Surrounded by a famished crowd, that was clamouring for bread or surrender, he answered: "I cannot break ray oath; but if my body can serve you, cut it in pieces and distribute it among yourselves". What indeed was mere physical suffering in comparison with the grief caused by the sight of so much misery, which one could, yet might not, relieve? And then the thought of what might happen, if in the end Leyden should fall, and perhaps in its fall drag down with it the whole of Holland, and so bring about the domination of the hated foreigner and the despised priest! It was a reliëf to have opposition to struggle against and to give vent to anger and indignation instead of pity and grief. And indeed there was occasion enough. The Papists forgot their hunger in order to jeer at the Beggars. "Put on your wading boots", they would call after them, "and bring out your corn-sacks. Your Prince is on his way, bringing you herrings and loaves". They were not content with merely jeering. Now that, much to their disappointment, the Corporation was no more convened, they did what they could to intimidate the magistracy in the Town-hall, and to drive them into surrendering. On September the 15th some forty Papists forced