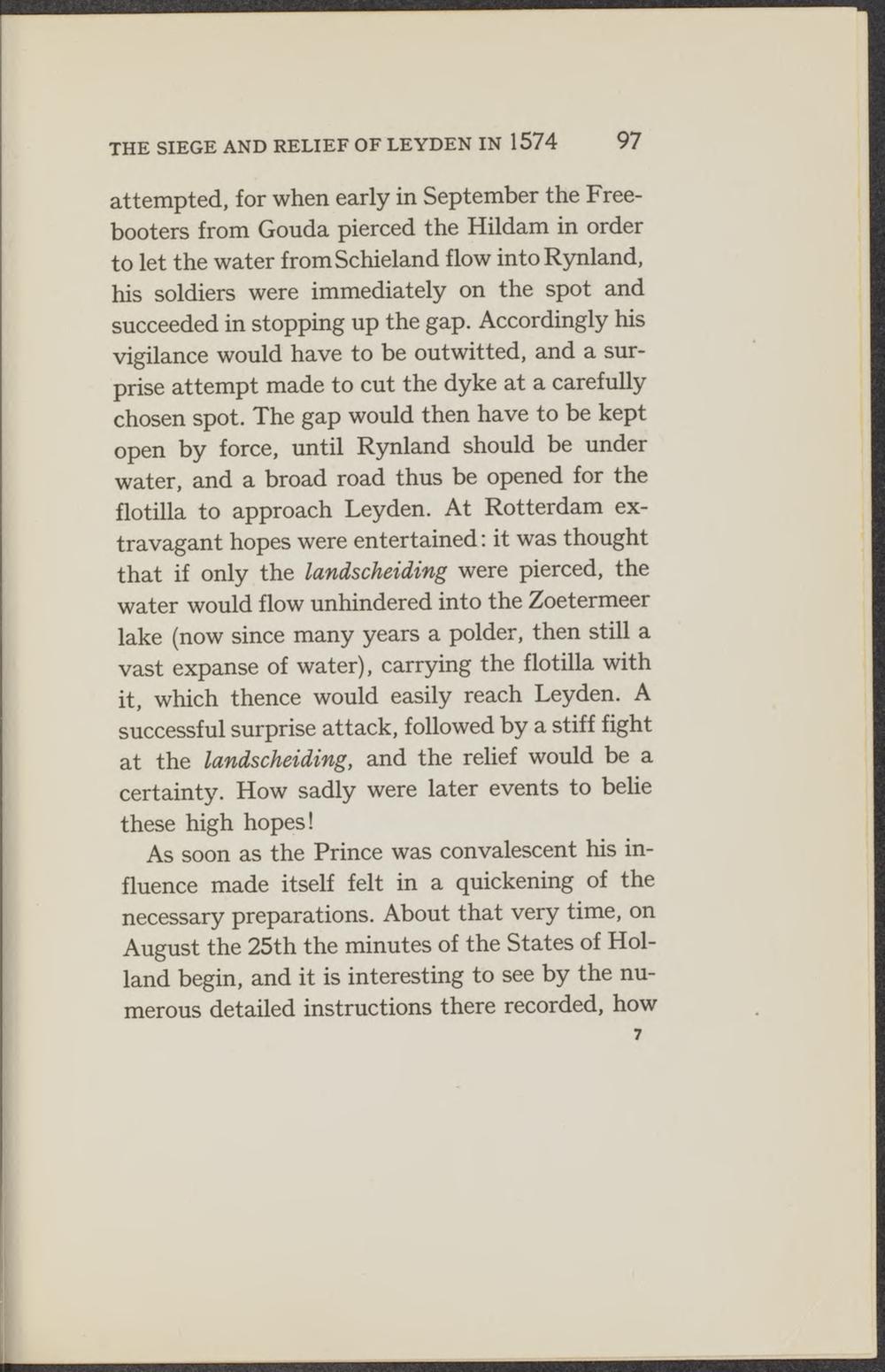 attempted, for when early in September the Freebooters from Gouda pierced the Hildam in order to let the water fromScbieland flow into Rynland, his soldiers were immediately on the spot and succeeded in stopping up the gap. Accordingly his vigilance would have to be outwitted, and a surprise attempt made to cut the dyke at a carefully chosen spot. The gap would then have to be kept open by force, until Rynland should be under water, and a broad road thus be opened for the flotilla to approach Leyden. At Rotterdam extravagant hopes were entertained: it was thought that if only the landscheiding were pierced, the water would flow unhindered into the Zoetermeer lake (now since many years a polder, then still a vast expanse of water), carrying the flotilla with it, which thence would easily reach Leyden. A successful surprise attack, followed by a stiff fight at the landscheiding, and the reüef would be a certainty. How sadly were later events to belie these high hopes!

As soon as the Prince was convalescent his influence made itself feit in a quickening of the necessary preparations. About that very time, on August the 25th the minutes of the States of Holland begin, and it is interesting to see by the numerous detailed instructions there recorded, how