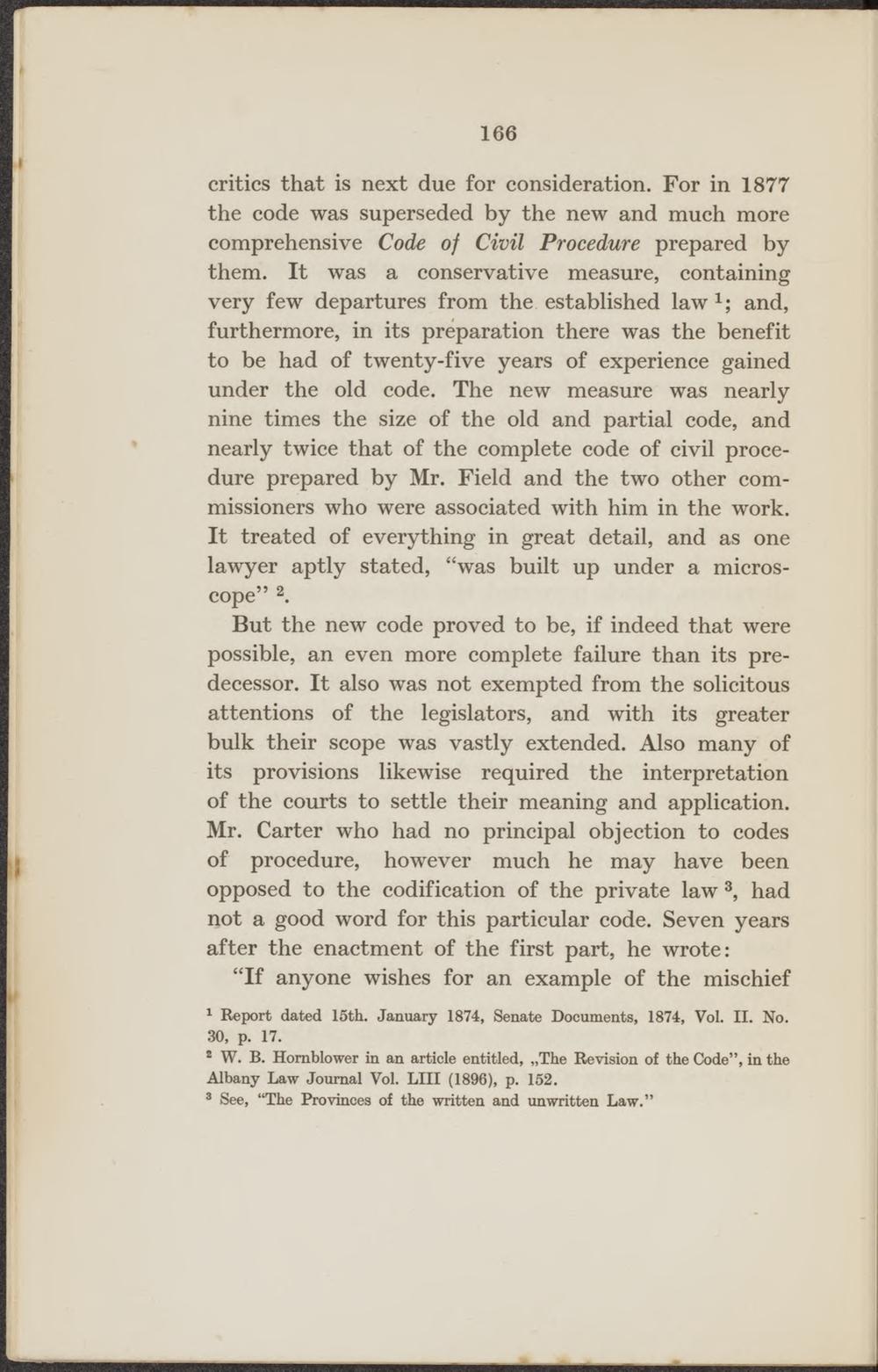 critics that is next due for consideration. For in 1877 the code was superseded by the new and much more comprehensive Code of Civil Procedure prepared by them. It was a conservative measure, containing very few departures from the. established law *j and, furthermore, in its préparation there was the benefit to be had of twenty-five years of experience gained under the old code. The new measure was nearly nine times the size of the old and partial code, and nearly twice that of the complete code of civil procedure prepared by Mr. Field and the two other commissioners who were associated with him in the work. It treated of everything in great detail, and as one lawyer aptly stated, "was built up under a microscope" 2.

But the new code proved to be, if indeed that were possible, an even more complete failure than its predecessor. It also was not exempted from the solicitous attentions of the legislators, and with its greater bulk their scope was vastly extended. Also many of its provisions likewise required the interpretation of the courts to settle their meaning and application. Mr. Carter who had no principal objection to codes of procedure, however much he may have been opposed to the codification of the private law 8, had not a good word for this particular code. Seven years after the enactment of the first part, he wrote:

"If anyone wishes for an example of the miscbief

1 W. B. Hornblower in an artiele entitled, „The Revision of the Code", in the

* See, "The Provinces of the written and unwritten Law."