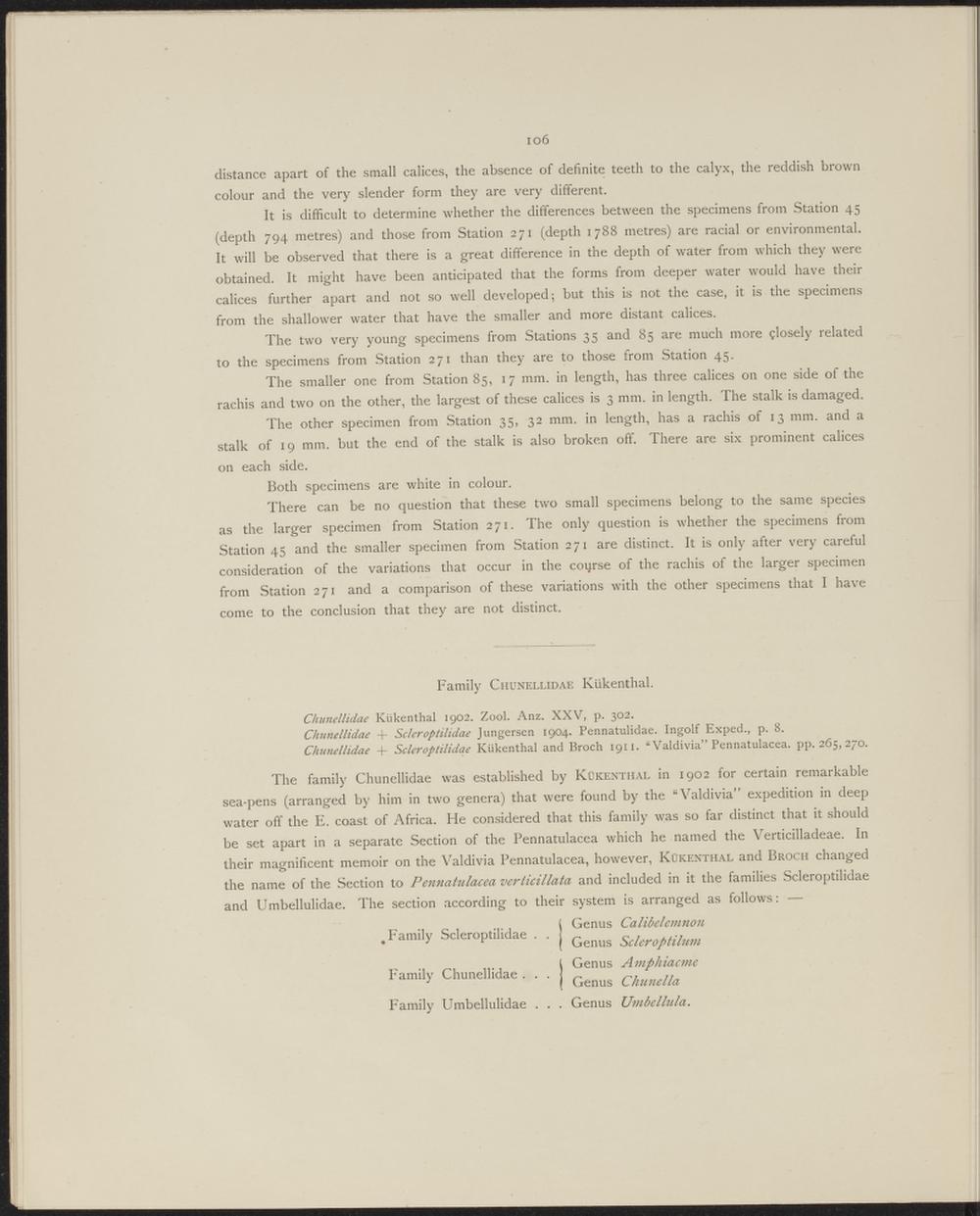 distance apart of the small calices, the absence of definite teeth to the calyx, the reddish brown colour and the very slender form they are very different.

It is difficult to determine whether the differences between the specimens from Station 45 (depth 794 metres) and those from Station 271 (depth 1788 metres) are racial or environmental. It will be observed that there is a great difference in the depth of water from which they were obtained. It might have been anticipated that the forms from deeper water would have their calices further apart and not so well developed; but this is not the case, it is the specimens from the shallower water that have the smaller and more distant calices.

The smaller one from Station 85, 17 mm. in length, has three calices on one side of the rachis and two on the other, the largest of these calices is 3 mm. in length. The stalk is damaged.

The other specimen from Station 35, 32 mm. in length, has a rachis of 13 mm. and a stalk of 19 mm. but the end of the stalk is also broken off. There are six prominent calices

Both specimens are white in colour.

water off the E. coast of Africa. He considered that this family was so far distinct that it should

be set apart in a separate Section of the Pennatulacea which he named the Verticilladeae. In

their magnificent memoir on the Valdivia Pennatulacea, however, Kükenthal and Broch changed

and Umbellulidae. The section according to their system is arranged as follows: —