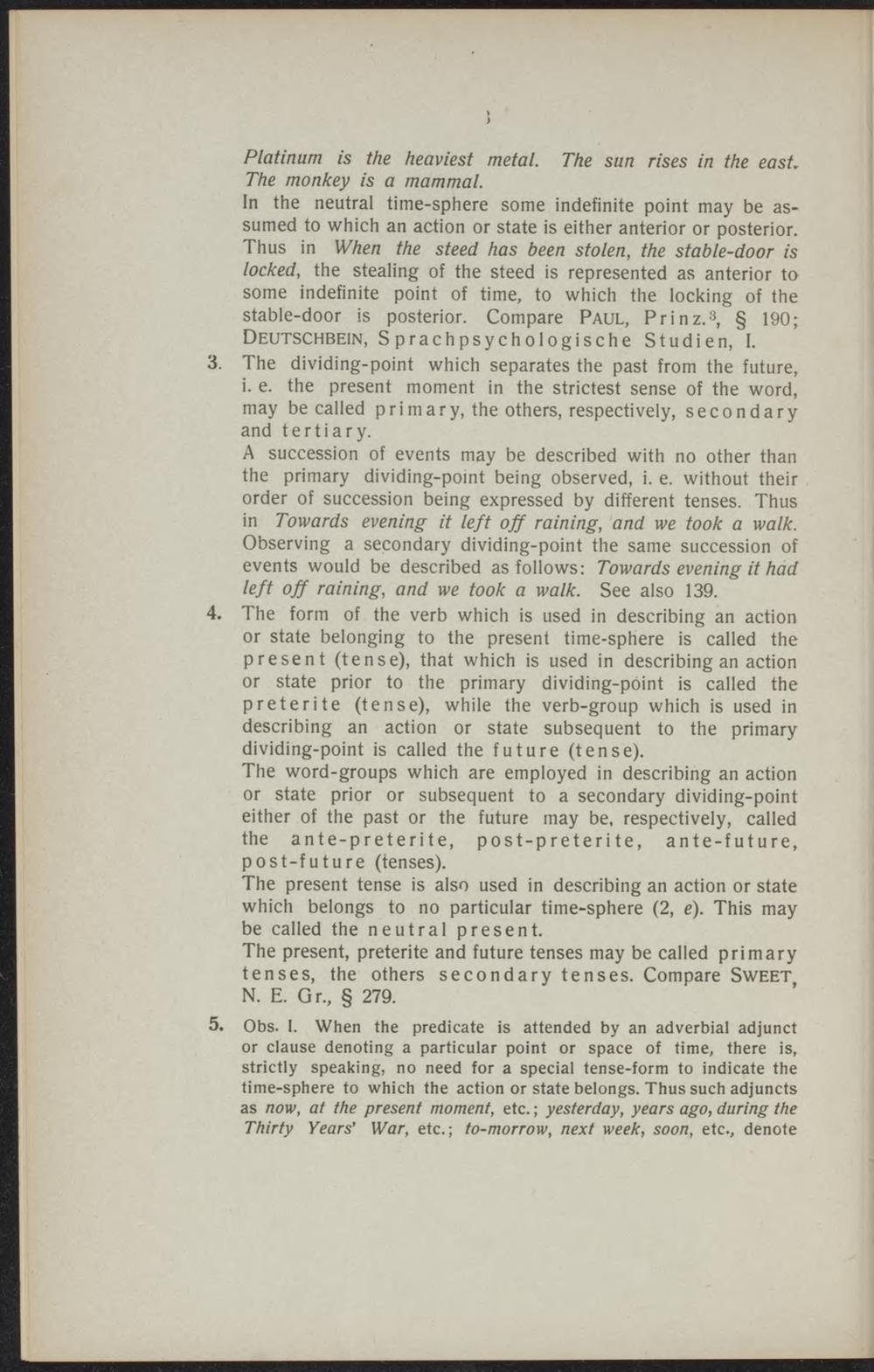 Platinum is the heaviest metal. The sun rises in the east The monkey is a mammal.

In the neutral time-sphere some indefinite point may be assumed to which an action or state is either anterior or posterior. Thus in When the steed has been stolen, the stable-door is locked, the stealing of the steed is represented as anterior to some indefinite point of time, to which the locking of the stable-door is posterior. Compare Paul, Prinz.3, § 190; Deutschbein, Sprachpsychologische Studiën, I.

3. The dividing-point which separates the past from the future, i. e. the present moment in the strictest sense of the word, may be called primary, the others, respectively, secondary and tertiary.

The word-groups which are employed in describing an action or state prior or subsequent to a secondary dividing-point either of the past or the future may be, respectively, called the ante-preterite, post-preterite, ante-future, post-future (tenses).

The present tense is also used in describing an action or state which belongs to no particular time-sphere (2, e). This may be called the neutral present.

The present, preterite and future tenses may be called primary tenses, the others secondary tenses. Compare Sweet N. E. Gr, § 279.

5. Obs. I. When the predicate is attended by an adverbial adjunct or clause denoting a particular point or space of time, there is, strictly speaking, no need for a special tense-form to indicate the time-sphere to which the action or state belongs. Thus such adjuncts as now, at the present moment, etc.; yesterday, years ago, during the Thirty Years? War, etc; to-morrow, next week, soon, etc, denote