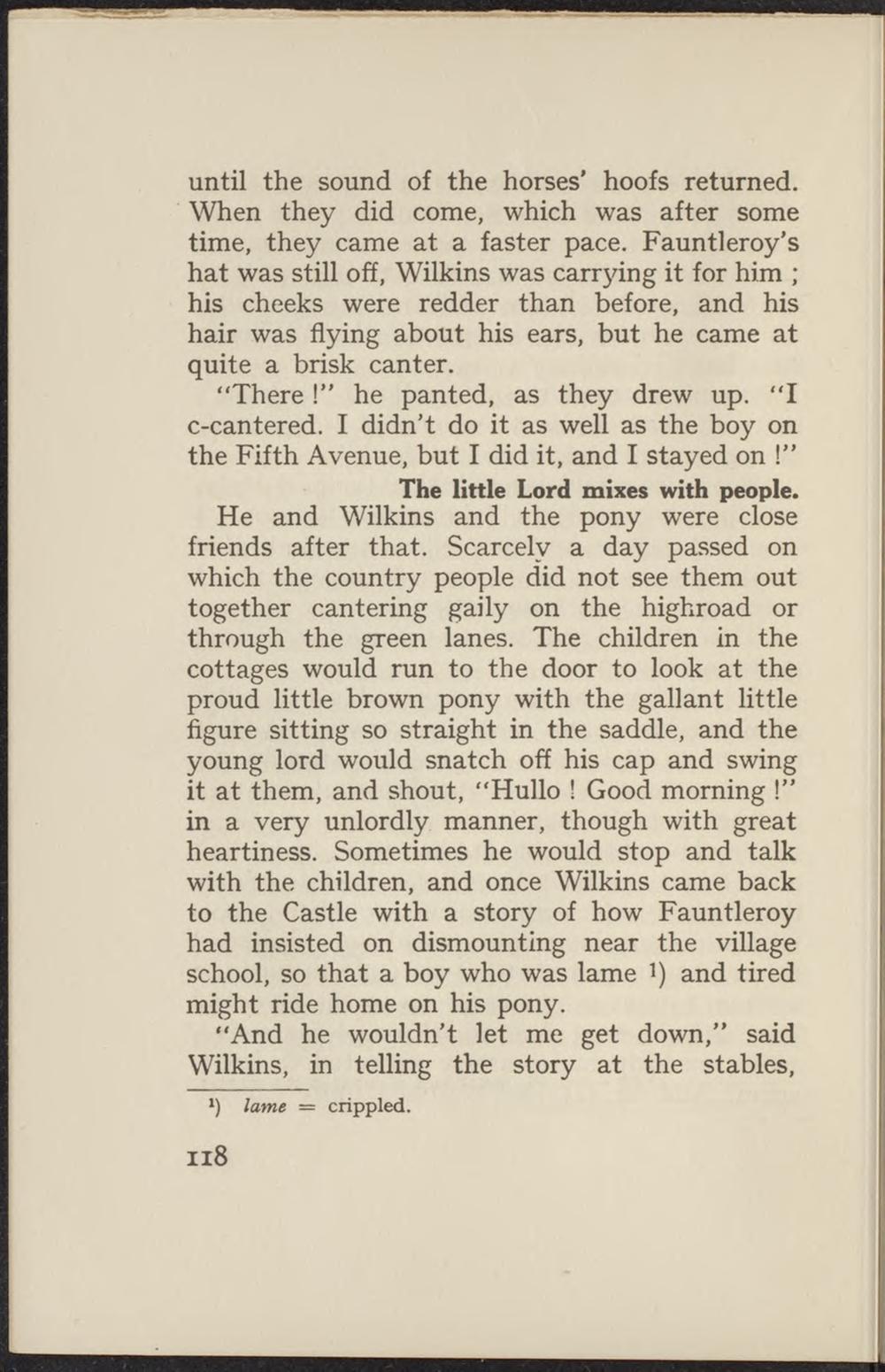 until the sound of the horses' hoofs returned. When they did come, which was after some time, they came at a faster pace. Fauntleroy's hat was still off, Wilkins was carrying it for him ; his cheeks were redder than before, and his hair was flying about bis ears, but he came at quite a brisk canter.

The little Lord mixes with people.

He and Wilkins and the pony were close friends after that. Scarcely a day passed on which the country people did not see them out together cantering gaily on the highroad or through the green lanes. The children in the cottages would run to the door to look at the proud little brown pony with the gallant little figure sitting so straight in the saddle, and the young lord would snatch off his cap and swing it at them, and shout, "Hullo ! Good morning !" in a very unlordly marnier, though with great heartiness. Sometimes he would stop and talk with the children, and once Wilkins came back to the Castle with a story of how Fauntleroy had insisted on dismounting near the village school, so that a boy who was lame ï) and tired might ride home on his pony.

"And he wouldn't let me get down," said Wilkins, in telling the story at the stables,