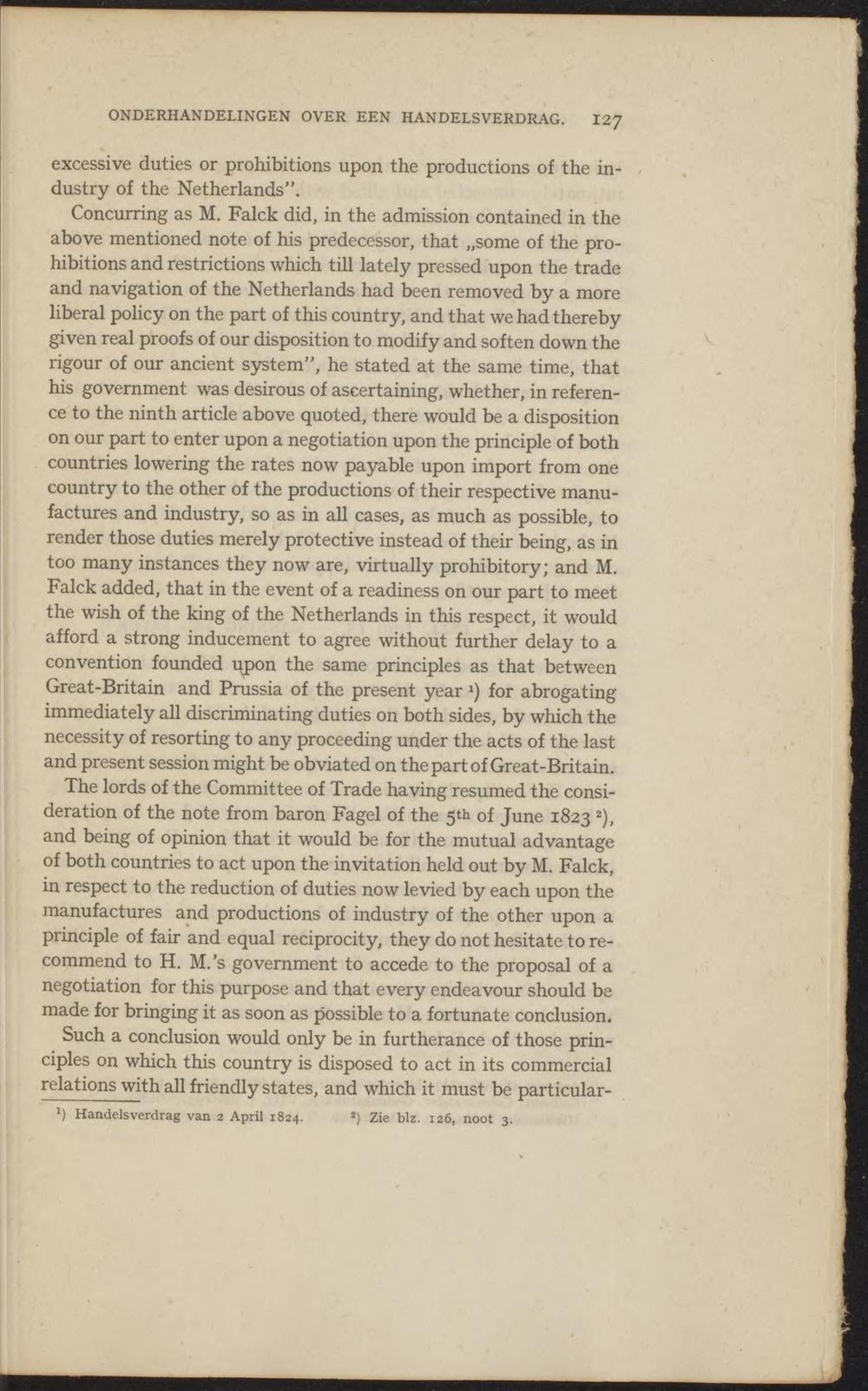 excessive duties or prohibitions upon the productions of the industry of the Netherlands".

Concurring as M. Falck did, in the adrrüssion contained in the above mentioned note of his predecessor, that „some of the prohibitions and restrictions which till lately pressed upon the trade and navigation of the Netherlands had been removed by a more liberal policy on the part of this country, and that webadthereby given real proofs of our disposition to modify and soften down thé rigour of our ancient system", he stated at the same time, that his government was desirous of ascertaining, whether, in reference to the ninth article above quoted, there would be a disposition on our part to enter upon a négotiation upon the principle of both countries lowering the rates now payable upon import from one country to the other of the productions of their respective manufactures and industry, so as in all cases, as much as possible, to render those duties merely protective instead of their being, as in too many instances they now are, virtually prohibitory; and M. Falck added, that in the event of a readiness on our part to meet the wish of the king of the Netherlands in this respect, it would afford a strong inducement to agree without further delay to a convention founded upon the same principles as that between Great-Britain and Prussia of the present year1) for abrogating immediately all <hscriniinating duties on both sides, by which the necessity of resorting to any proceeding under the acts of the last and present session might be obviated on the part of Great-Britain.

The lords of the Committee of Trade having resumed the consideration of the note from baron Fagel of the 510 of June 18232), and being of opinion that it would be for the mutual advantage of both countries to act upon the mvitatioh held out by M. Falck, in respect to the reduction of duties now levied by each upon the manufactures and productions of industry of the other upon a principle of fair and equal reciprocity; they do not hesitate to recommend to H. M.'s government to accede to the proposal of a négotiation for thispurpose and that every endeavour should be made for brihging it as soon as possible to a fortunate conclusiom Such a conclusion would only be in furtheranee of those principles on which this country is disposed to act in its commercial relations with all friendly states, and which it must be particular-