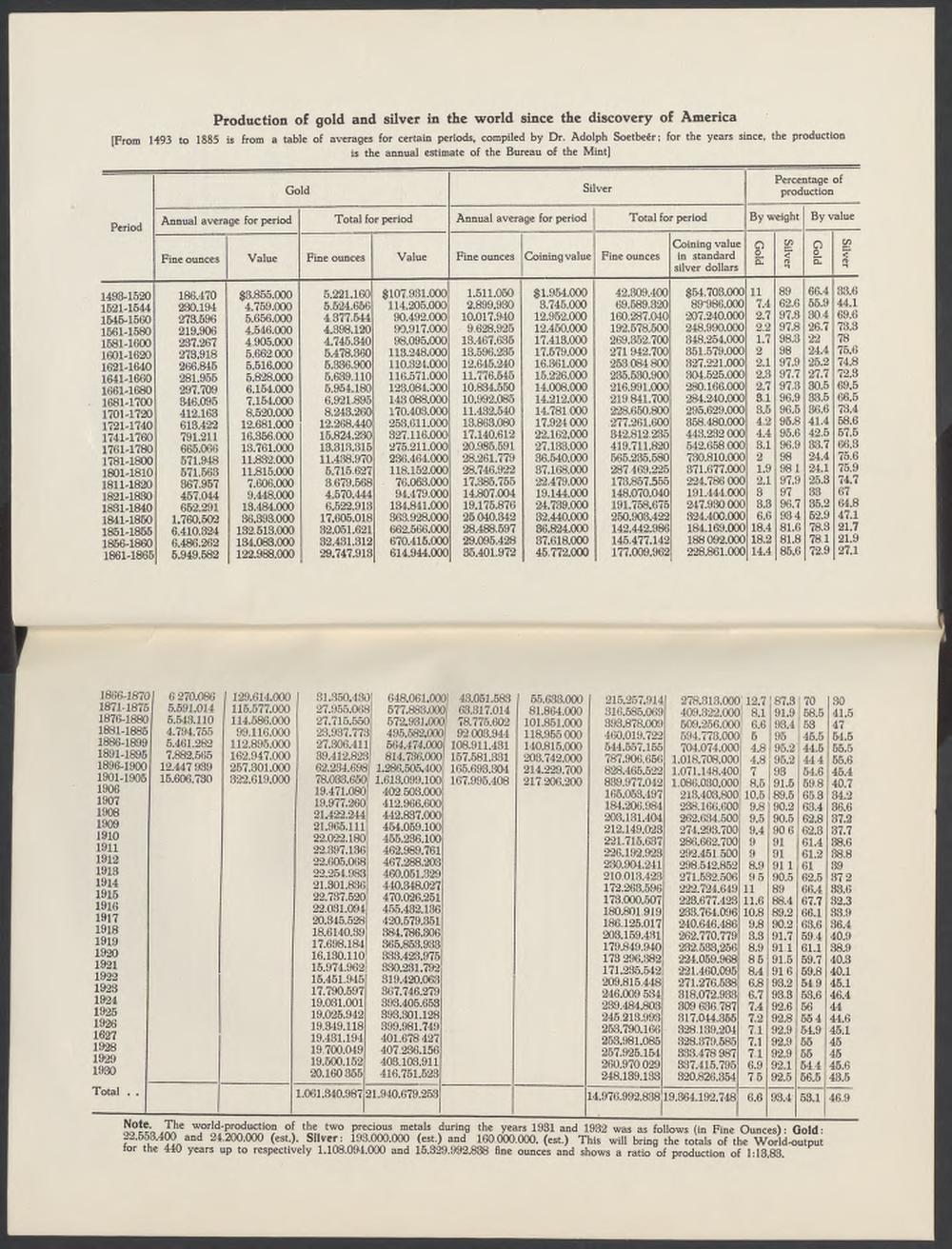 [From 1493 to 1885 is from a table of averages for certain periods, compiled by Dr. Adolph Soetbeér; for the years since, the production

is the annual estimate of the Bureau of the Mint]