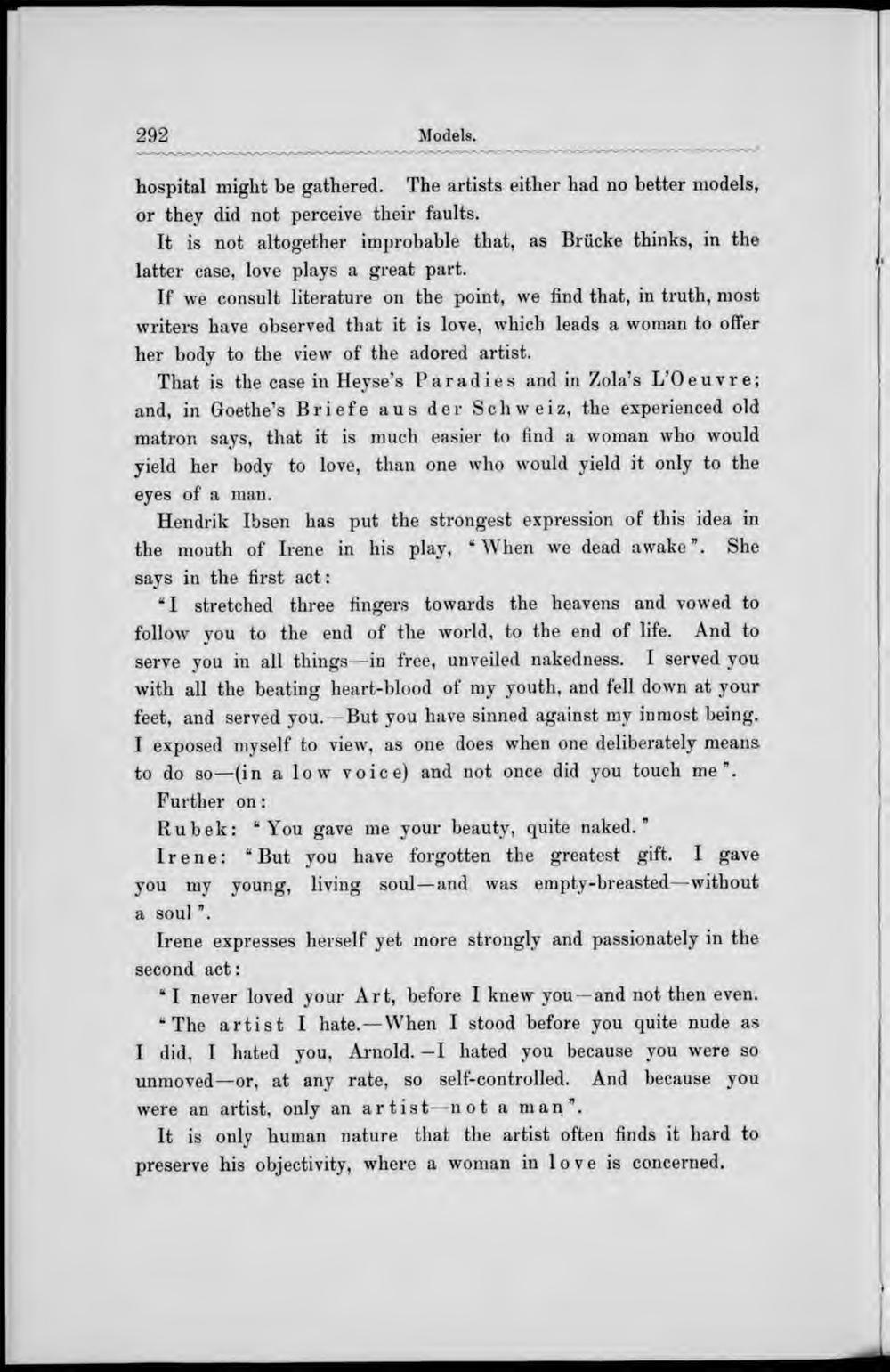 hospital might be gathered. The artists either had no better models, or they did not perceive their faults.

It is not altogether improbable that, as Brücke thinks, in the latter case, love plays a great part.

If we consult literature on the point, we find that, in truth, most writers have observed that it is love, whicli leads a woraan to offer her body to the view of the adored artist.

That is the case in Heyse's Paradies and in Zola's L'Oeuvre; and, in Goethe's Briefe aus der Schweiz, the experienced old matron says, that it is much easier to find a woman who would yield her body to love, than one who would yield it only to the eyes of a man.

Hendrik Ibsen has put the strongest expression of this idea in the mouth of Irene in his play, "When we dead awake". She says in the first act:

"I stretched three fingers towards the heavens and vowed to follow you to the end of the world, to the end of life. And to serve you in all things—in free, unveiled nakedness. I served you with all the beating heart-blood of rny youth, and feil down at your feet, and served you.—But you have sinned against my in most being. I exposed myself to view, as one does when one deliberately means to do so—(in a low voice) and not once did you touch me".

Ru bek: "You gave me your beauty, quite naked."

Irene: "But you have forgotten the greatest gift. I gave you my young, living soul—and was empty-breasted—without a soul ".

Irene expresses herself yet more strongly and passionately in the second act:

" I never loved your Art, before I knew you —and not then even.

It is only human nature that the artist often finds it hard to preserve his objectivity, where a woman in love is concerned.