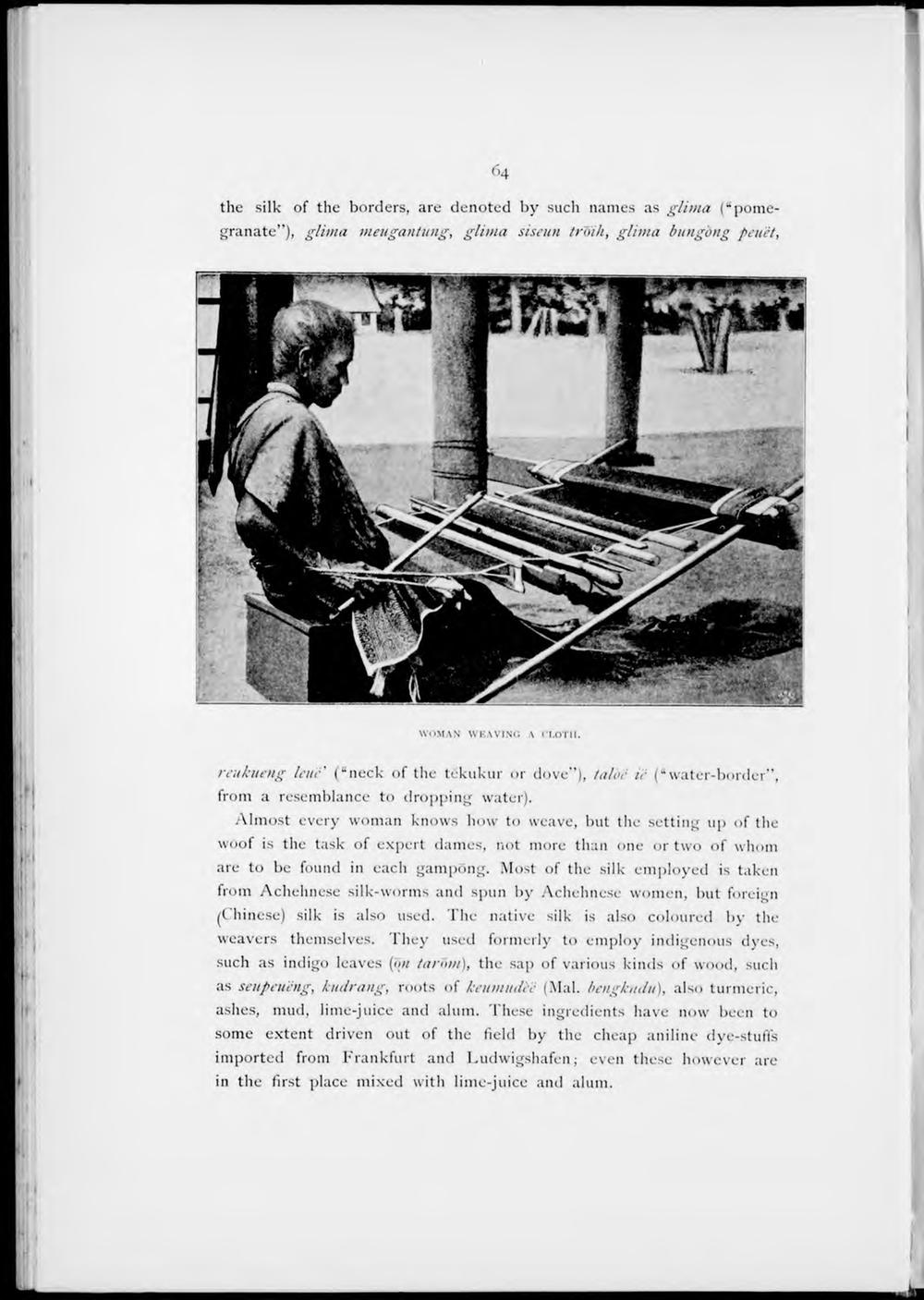 Al most every woman knows how to weave, but the setting up of the woof is the task of expert dames, not more than one or two of whom are to be found in each gampöng. Most of the silk employed is taken from Achehnese silk-worms and spun by Achehnese women, but foreign (Chinese) silk is also used. The native silk is also coloured by the weavers themselves. They used formerly to employ indigenous dyes, such as indigo leaves (ön taröm), the sap of various kinds of wood, such as seupeuëng, Indraag, roots of keumudcc (Mal. bengkudu), also turmeric, ashes, mud, lime-juice and alum. These ingredients have now been to some extent driven out of the field by the cheap aniline dye-stuffs imported from Frankfurt and Ludwigshafen; even these however are in the first place mixed with lime-juice and alum.