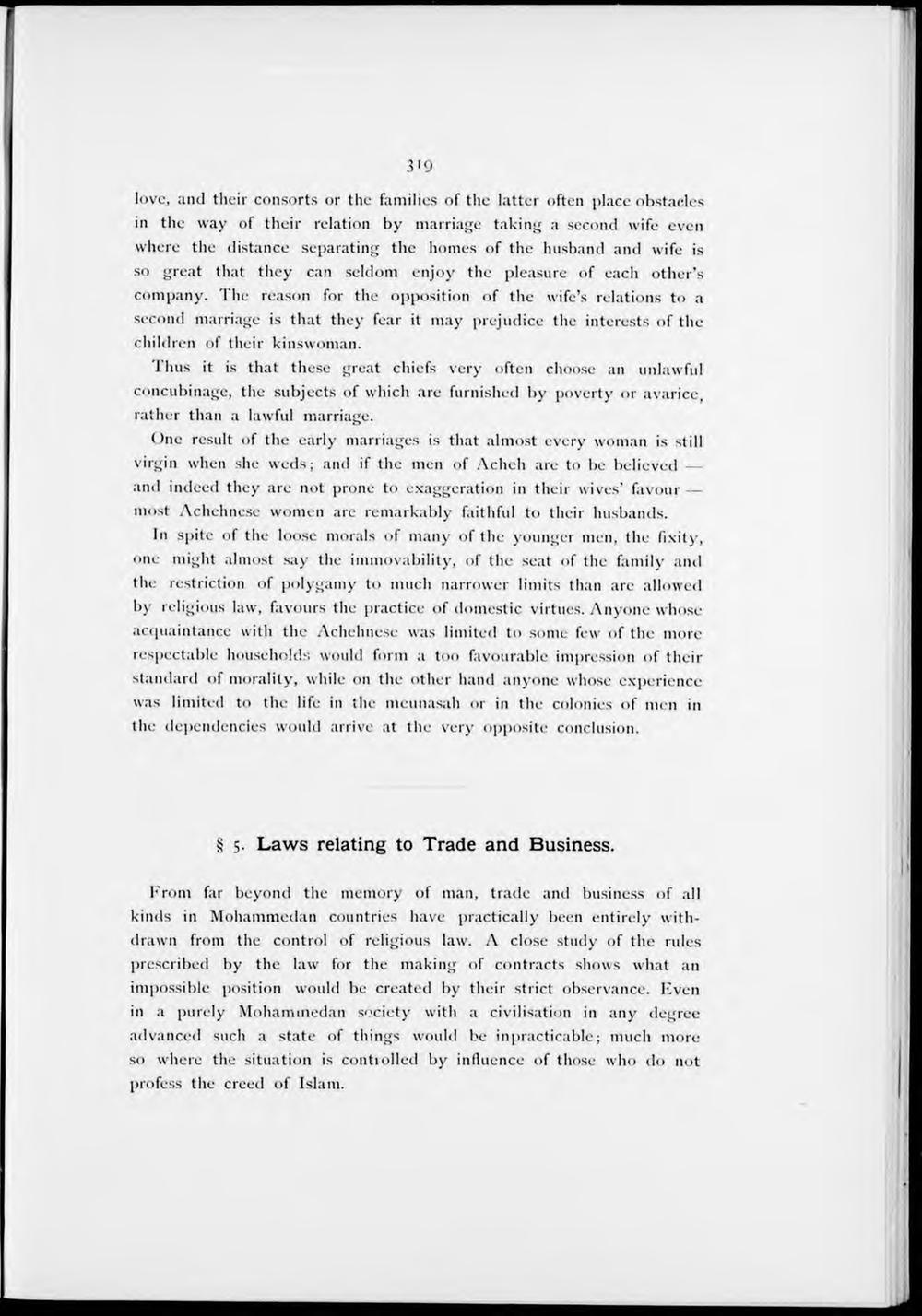 love, and their consorts or the families of the latter often place obstacles in the way of their relation by marriage taking a second wife even vvhere the distance separating the homes of the husband and wife is so great that they can seldom enjoy the pleasure of each other's company. The reason for the opposition of the wife's relations to a second marriage is that they fear it may prejudice the interests of the children of their kinswoman.

Thus it is that these great chiefs very often choose an unlawful concubinage, the subjects of which are furnished by poverty or avaricc rather than a lawful marriage.

One result of the early marriages is that almost every woman is still virgin when she weds; and if the men of Acheh are to be believed — and indeed they are not prone to cxaggeration in their wives' favour — most Achehnese women are remarkably faithful to their husbands.

In spite of the loose morals of many of the younger men, the fixity, one might almost say the immovability, of the seat of the family and the restriction of polygamy to mucli narrower limits than are allowed by religious law, favours the practice of domestic virtues.Anyonewhose acquaintance with the Achehnese was limited to some few of the more respectable households would form a too favourable impression of their Standard of morality, while on the other hand anyone whose experience was limited to the life in the meunasah or in the colonies of men in the dependencies would arrivé at the very opposite conclusion.

8 5. Laws relating to Trade and Business.

Krom far beyond the memory of man, trade and business of al 1 kinds in Mohammedan countries have practically been entirely withtlrawn from the control of religious law. A close study of the rules prescribed by the law for the making of contracts shows what an impossible position would be created by their strict observance. Even in a purely Mohammedan society with a civilisation in any degree advanced such a state of things would be inpracticable; mucli more so where the situation is controlled by influence of those who do not profess the creed of Islam.