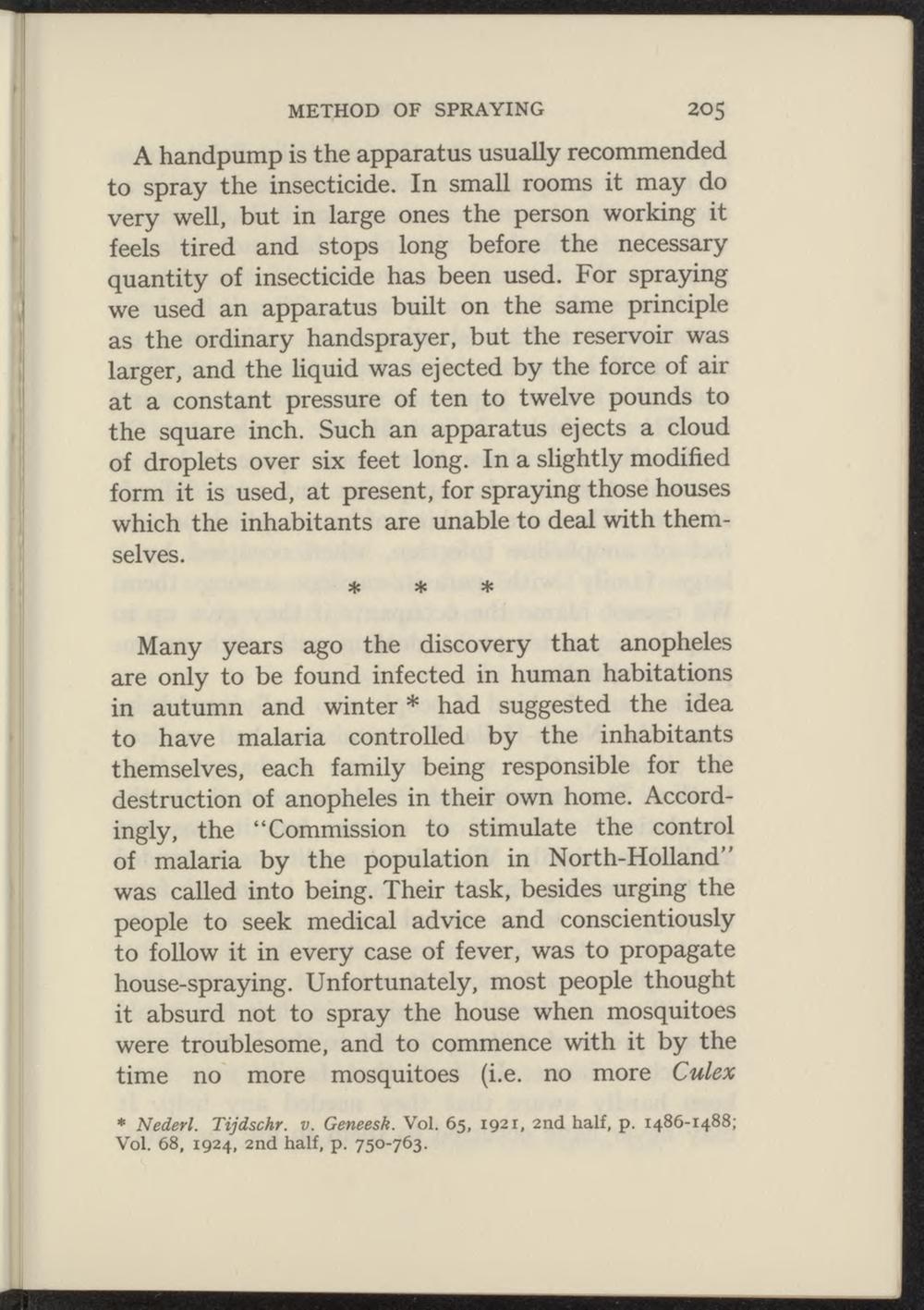 A handpump is the apparatus usually recommended to spray the insecticide. In small rooms it may do very well, but in large ones the person working it feels tired and stops long before the necessary quantity of insecticide has been used. For spraying we used an apparatus built on the same principle as the ordinary handsprayer, but the reservoir was larger, and the liquid was ejected by the force of air at a constant pressure of ten to twelve pounds to the square inch. Such an apparatus ejects a cloud of dropiets over six feet long. In a slightly modified form it is used, at present, for spraying those houses which the inhabitants are unable to deal with themselves.

Many years ago the discovery that anopheles are only to be found infected in human habitations in autumn and winter * had suggested the idea to have malaria controlled by the inhabitants themselves, each family being responsible for the destruction of anopheles in their own home. Accordingly, the "Commission to stimulate the control of malaria by the population in North-Holland" was called into being. Their task, besides urging the people to seek medical advice and conscientiously to follow it in every case of fever, was to propagate house-spraying. Unfortunately, most people thought it absurd not to spray the house when mosquitoes were troublesome, and to commence with it by the time no more mosquitoes (i.e. no more Culex