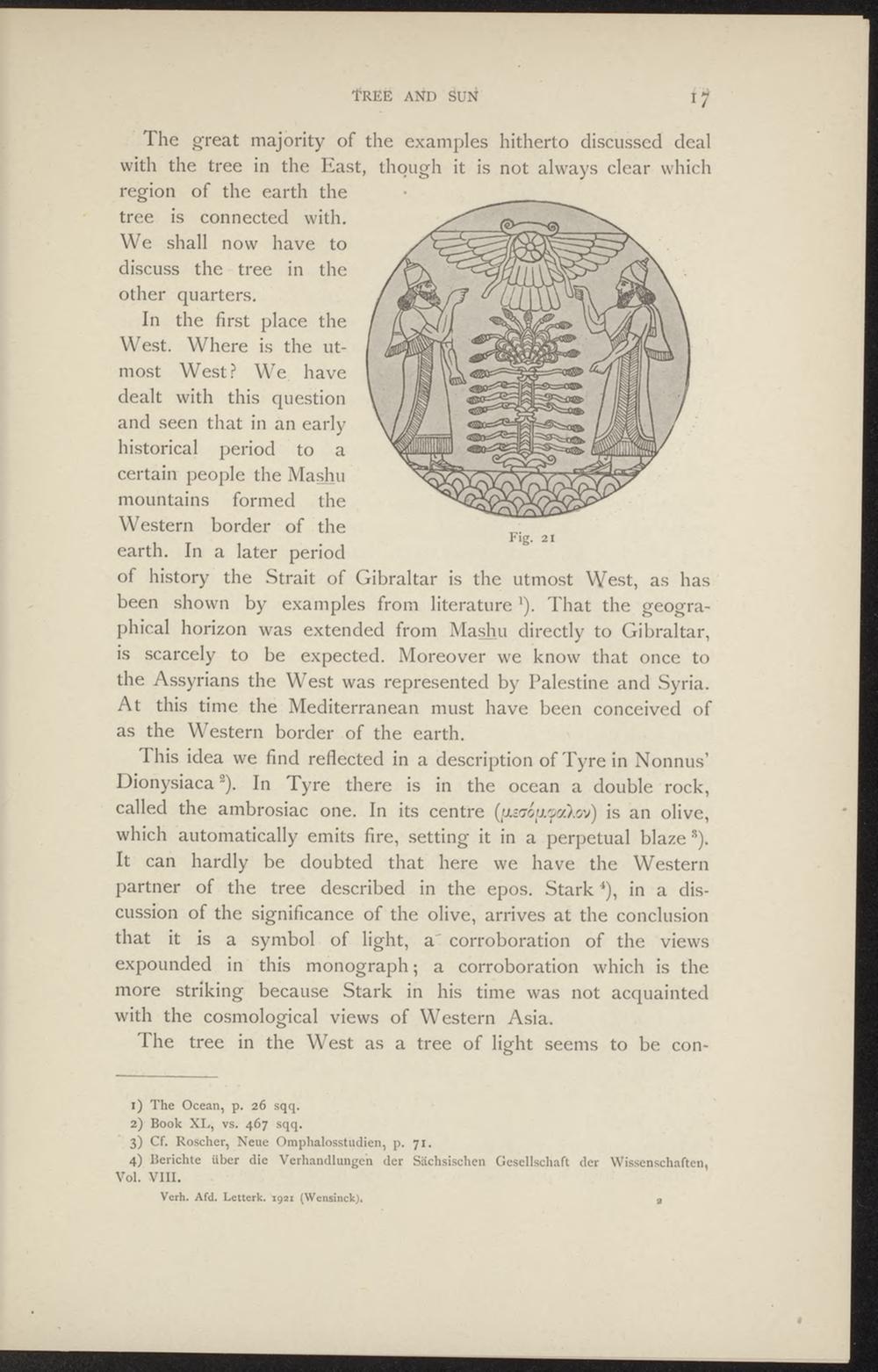 The great majority of the examples hitherto discussed deal with the tree in the East, though it is not always clear which

region of the earth the tree is connected with. We shall now have to discuss the tree in the other quarters.

In the first place the West. Where is the utmost West? We have dealt with this question and seen that in an early historical period to a certain people the Mashu mountains formed the Western border of the earth. In a later period

of history the Strait of Gibraltar is the utmost West, as has been shown by examples from literatureJ). That the geographical horizon was extended from Mashu directly to Gibraltar, is scarcely to be expected. Moreover we know that once to the Assyrians the West was represented by Palestine and Syria. At this time the Mediterranean must have been conceived of as the Western border of the earth.

This idea we find reflected in a description of Tyre in Nonnus' Dionysiaca3). In Tyre there is in the ocean a doublé rock, called the ambrosiac one. In its centre ([isaófxcpalov) is an olive, which automatically emits fire, setting it in a perpetual blaze s). It can hardly be doubted that here we have the Western partner of the tree described in the epos. Stark4), in a discussion of the significance of the olive, arrivés at the conclusion that it is a symbol of light, a corroboration of the views expounded in this monograph; a corroboration which is the more striking because Stark in his time was not acquainted with the cosmological views of Western Asia.