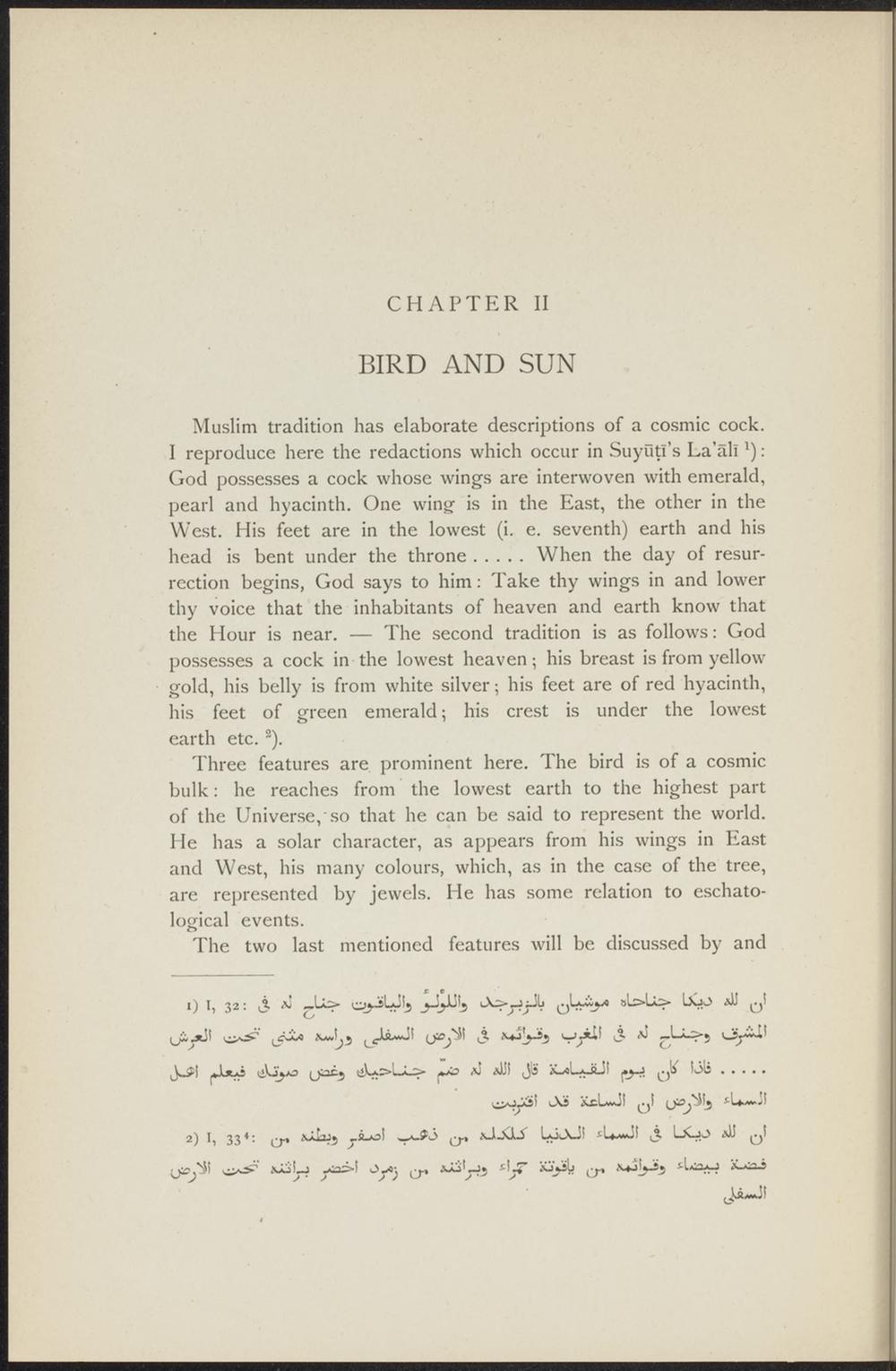 Muslim tradition has elaborate descriptions of a cosmic cock. I reproduce here the redactions which occur in Suyötl's La'all:): God possesses a cock whose wings are interwoven with emerald, pearl and hyacinth. One wing is in the East, the other in the West. His feet are in the lowest (i. e. seventh) earth and his

head is bent under the throne When the day of resur-

rection begins, God says to him: Take thy wings in and lower thy voice that the inhabitants of heaven and earth know that the Hour is near. — The second tradition is as follows: God possesses a cock in the lowest heaven; his breast is from yellow gold, his belly is from white silver; his feet are of red hyacinth, his feet of green emerald; his crest is under the lowest earth etc. 3).

Three features are prominent here. The bird is of a cosmic bulk: he reaches from the lowest earth to the highest part of the Universe,'so that he can be said to represent the world. He has a solar character, as appears from his wings in East and West, his many colours, which, as in the case of the tree, are represented by jewels. He has some relation to eschatological events.

The two last mentioned features will be discussed by and