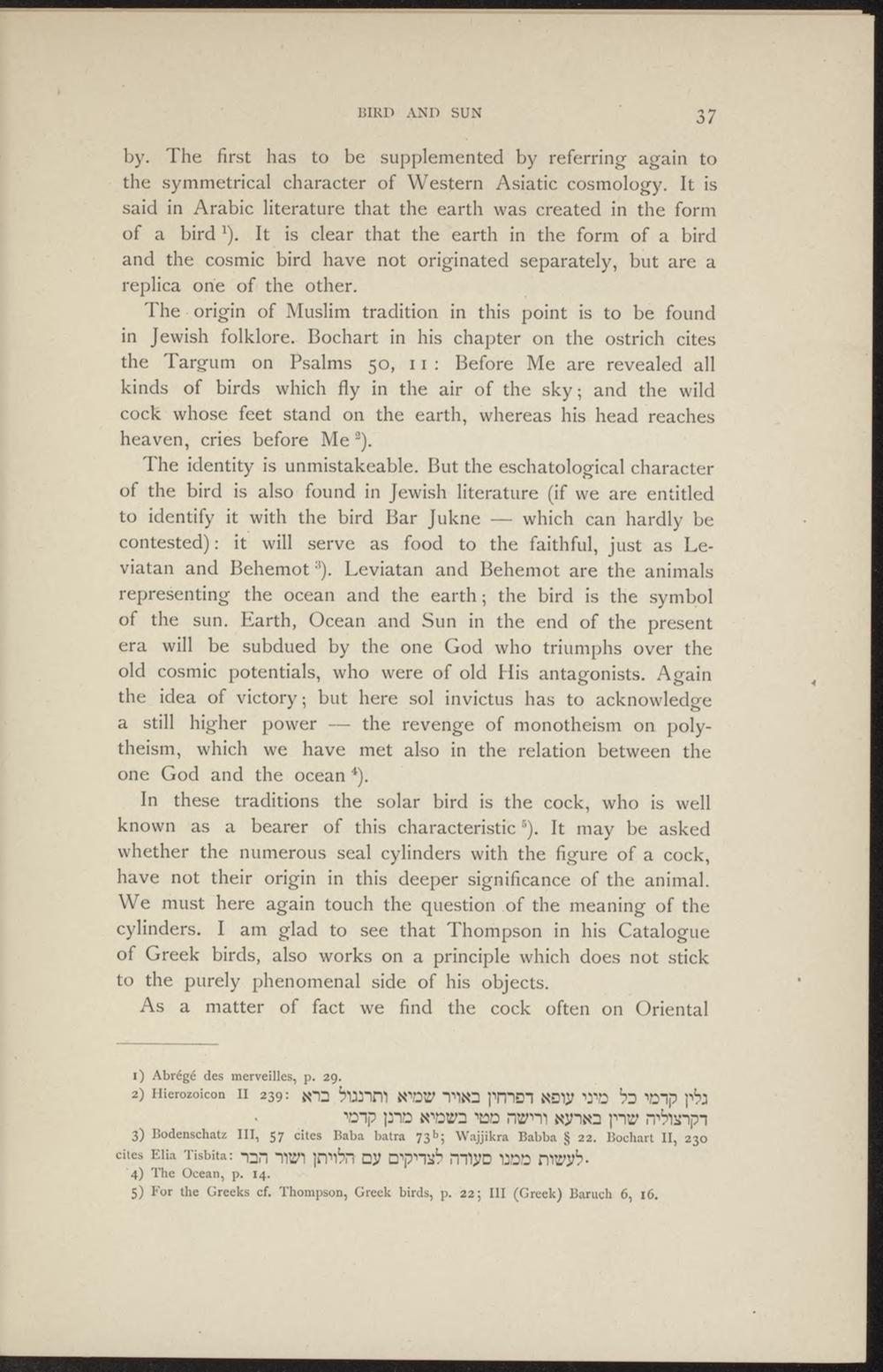 The origin of Muslim tradition in this point is to be found in Jewish folklore. Bochart in his chapter on the ostrich cites the Targum on Psalms 50, 11: Before Me are revealed all kinds of birds which fly in the air of the sky; and the wild cock whose feet stand on the earth, whereas his head reaches heaven, cries before Me 3).

The identity is unmistakeable. But the eschatological character of the bird is also found in Jewish literature (if we are entitled to identify it with the bird Bar jukne — which can hardly be contested): it will serve as food to the faithful, just as Leviatan and Behemot:!). Leviatan and Behemot are the animals representing the ocean and the earth; the bird is the symbol of the sun. Earth, Ocean and Sun in the end of the present era will be subdued by the one God who triumphs over the old cosmic potentials, who were of old His antagonists. Again the idea of victory; but here sol invictus has to acknowledge a still higher power — the revenge of monotheism on polytheism, which we have met also in the relation between the one God and the ocean 4).

In these traditions the solar bird is the cock, who is well known as a bearer of this characteristic5). It may be asked whether the numerous seal cylinders with the figure of a cock, have not their origin in this deeper significance of the animal. We must here again touch the question of the meaning of the cylinders. I am glad to see that Thompson in his Catalogue of Greek birds, also works on a principle which does not stick to the purely phenomenal side of his objects.