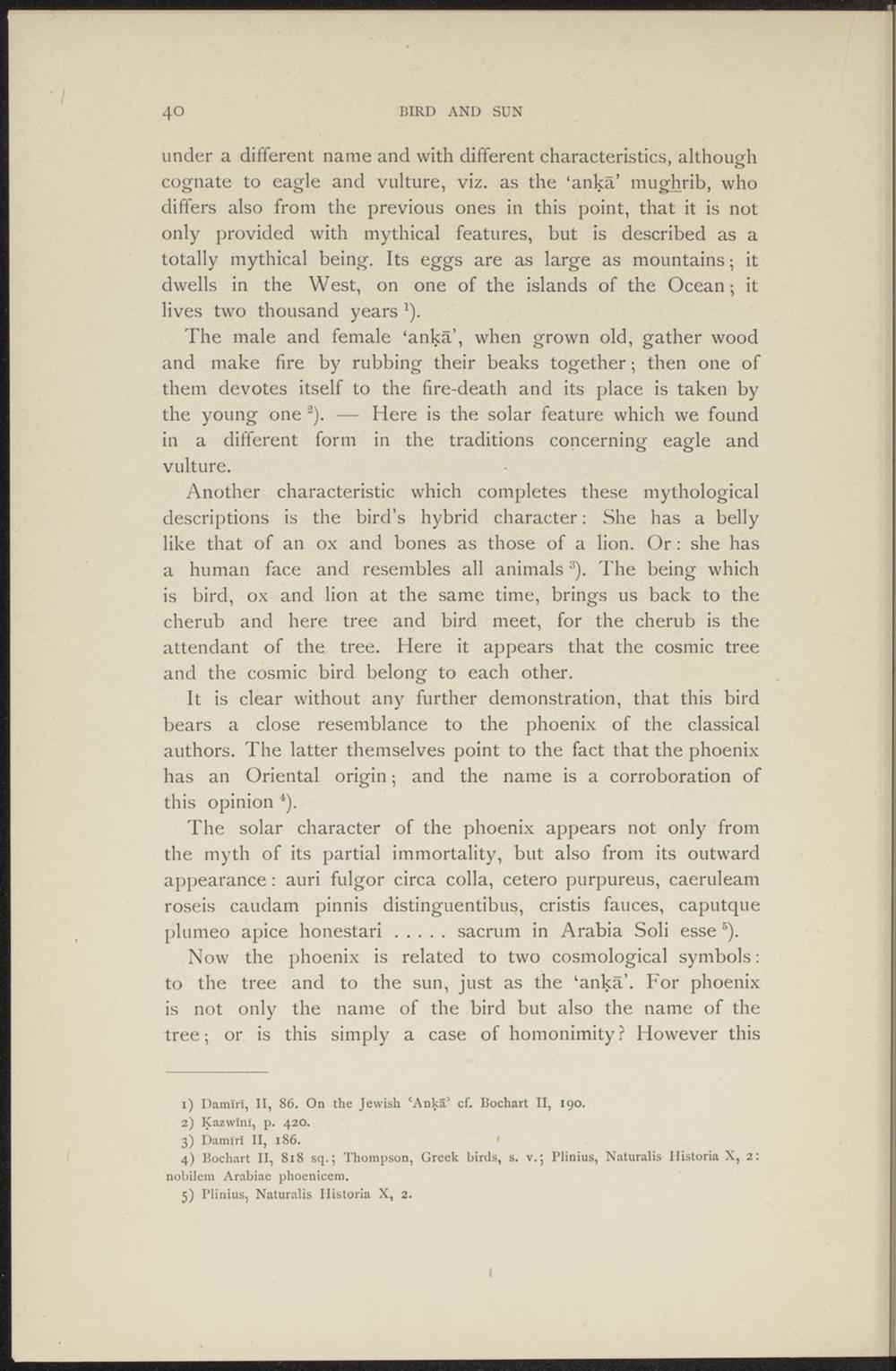 under a different name and with different characteristics, although cognate to eagle and vulture, viz. as the 'anka' mughrib, who differs also from the previous ones in this point, that it is not only provided with mythical features, but is described as a totally mythical being. Its eggs are as large as mountains; it dwells in the West, on one of the islands of the Ocean; it lives two thousand years x).

The male and female 'anka', when grown old, gather wood and make fire by rubbing their beaks together; then one of them devotes itself to the fire-death and its place is taken by the young one 3). — Here is the solar feature which we found in a different form in the traditions concerning eagle and vulture.

Another characteristic which completes these mythological descriptions is the bird's hybrid character: She has a belly like that of an ox and bones as those of a lion. Or: she has a human face and resembles all animals3). The being which is bird, ox and lion at the same time, brings us back to the cherub and here tree and bird meet, for the cherub is the attendant of the tree. Here it appears that the cosmic tree and the cosmic bird belong to each other.

It is clear without any further demonstration, that this bird bears a close resemblance to the phoenix of the classical authors. The latter themselves point to the fact that the phoenix has an Oriental origin; and the name is a corroboration of this opinion 4).

Now the phoenix is related to two cosmological symbols: to the tree and to the sun, just as the 'anka'. For phoenix is not only the name of the bird but also the name of the tree; or is this simply a case of homonimity? However this