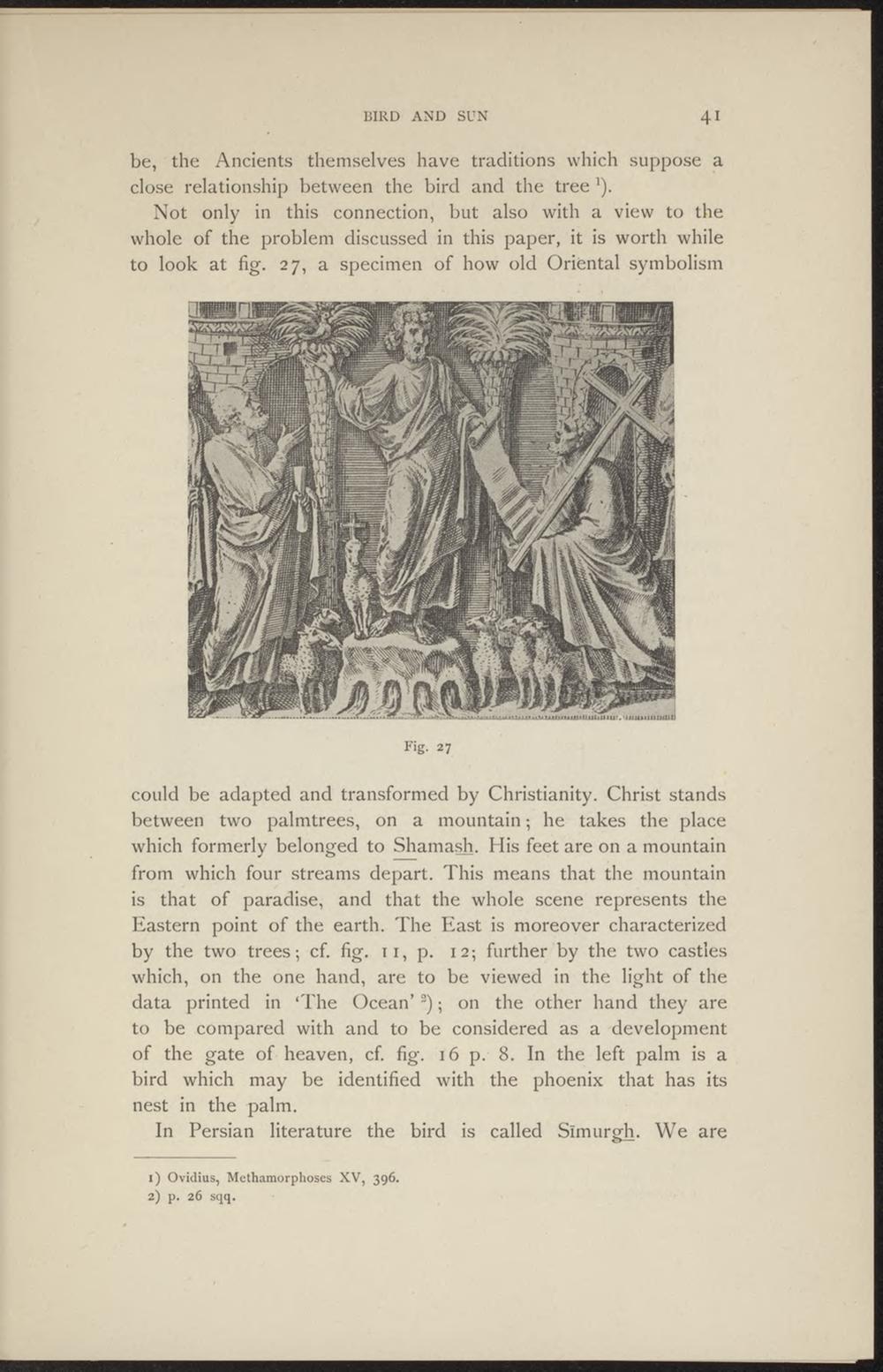 be, the Ancients themselves have traditions which suppose a close relationship between the bird and the tree 1).

Not only in this connection, but also with a view to the whole of the problem discussed in this paper, it is worth while to look at fig. 27, a specimen of how old Oriental symbolism

could be adapted and transformed by Christianity. Christ stands between two palmtrees, on a mountain he takes the place which formerly belonged to Shamash. His feet are on a mountain from which four streams depart. This means that the mountain is that of paradise, and that the whole scene represents the Eastern point of the earth. The East is moreover characterized by the two trees-, cf. fig. 11, p. 12; further by the two castles which, on the one hand, are to be viewed in the light of the data printed in 'The Ocean' 2); on the other hand they are to be compared with and to be considered as a development of the gate of heaven, cf. fig. 16 p. 8. In the left palm is a bird which may be identified with the phoenix that has its nest in the palm.

In Persian literature the bird is called Sïmurgh. We are