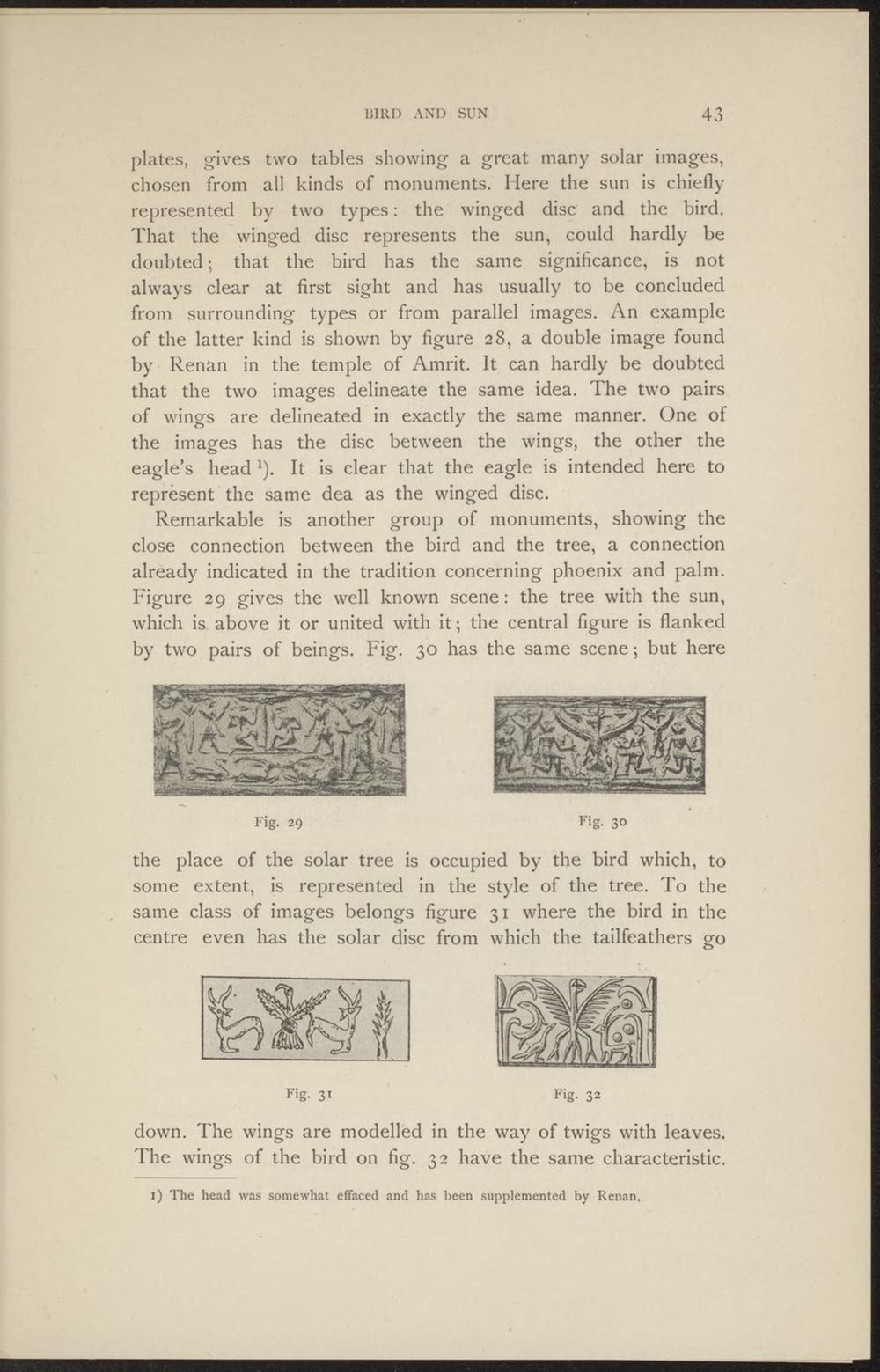 plates, gives two tables showing a great many solar images, chosen from all kinds of monuments. Here the sun is chiefly represented by two types: the winged disc and the bird. That the winged disc represents the sun, could hardly be doubted; that the bird has the same significance, is not always clear at first sight and has usually to be concluded from surrounding types or from parallel images. An example of the latter kind is shown by figure 28, a doublé image found by Renan in the temple of Amrit. It can hardly be doubted that the two images delineate the same idea. The two pairs of wings are delineated in exactly the same manner. One of the images has the disc between the wings, the other the eagle's head J). It is clear that the eagle is intended here to reprèsent the same dea as the winged disc.

Remarkable is another group of monuments, showing the close connection between the bird and the tree, a connection already indicated in the tradition concerning phoenix and palm. Figure 29 gives the well known scene: the tree with the sun, which is above it or united with it; the central figure is flanked by two pairs of beings. Fig. 30 has the same scene; but here

the place of the solar tree is occupied by the bird which, to some extent, is represented in the style of the tree. To the same class of images belongs figure 31 where the bird in the centre even has the solar disc from which the tailfeathers go

down. The wings are modelled in the way of twigs with leaves. The wings of the bird on fig. 32 have the same characteristic.

1) The head was somewhat effaced and has been supplemented by Renan.