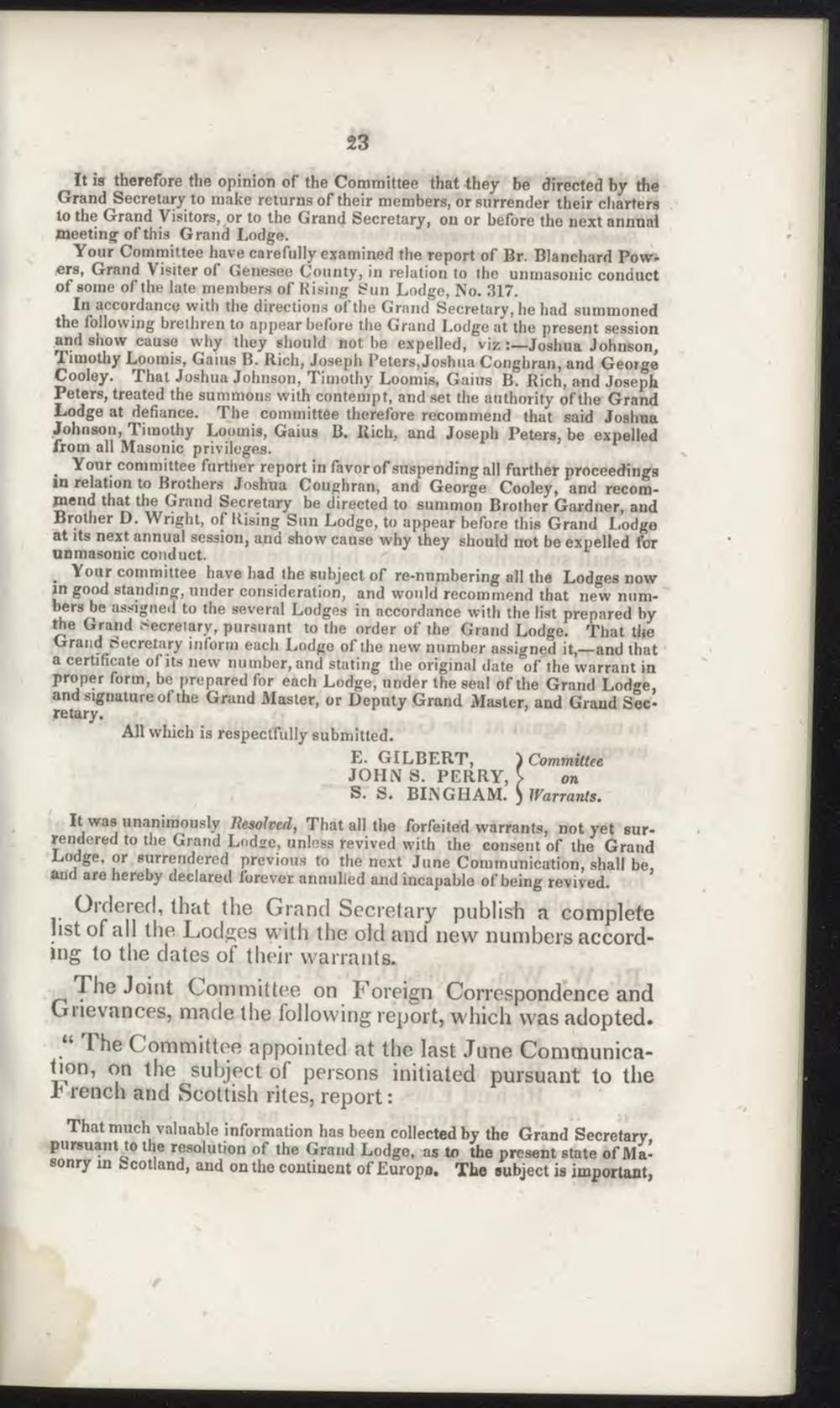 Your Committee have carefully examined the report of Br. Blanchard Powers, Grand Visiter of Genesee County, in relation to ihe unrnasonic conduct of some of the late members of Rising Sun Lodge, No. 317.

, Your committee further report in favor of suspending all further proceedings in relation to Brothers Joshua Coughran, and George Cooley, and recommend that the Grand Secretary be directed to summon Brother Gardner, and Brother D. Wright, of Rising Snn Lodge, to appear before this Grand Lodgo at lts next annual session, and show cause why they should not be expelled for unrnasonic conduct.

All which is respectfully submitted.

It was unanimously Resolved, That all the forfeited warrants, not yet surrendered to the Grand Lod»e, unless revived with the consent of the Grand Lodge, or surrendered previous to the next June Communication, shall be, and are hereby declared ibrever annulled and incapable of being revived.

Ordered, that the Grand Secretary publish a complete list of all the Lodges with the old and new numbers accordjng to the dates of their warrants.

The Joint Committee on Foreign Correspondence and Gnevances, made the following report, which was adopted.

" The Committee appointed at the last June Communication, on the subject of persons initiated pursuant to the x rench and Scottish rites, report:

That much valuable information has been collected by the GraDd Secretary, pursuant to the resolution of the Grand Lodge, as tn the present state ofMasonry in fccotland, and on the continent of Europa. The subject is important,