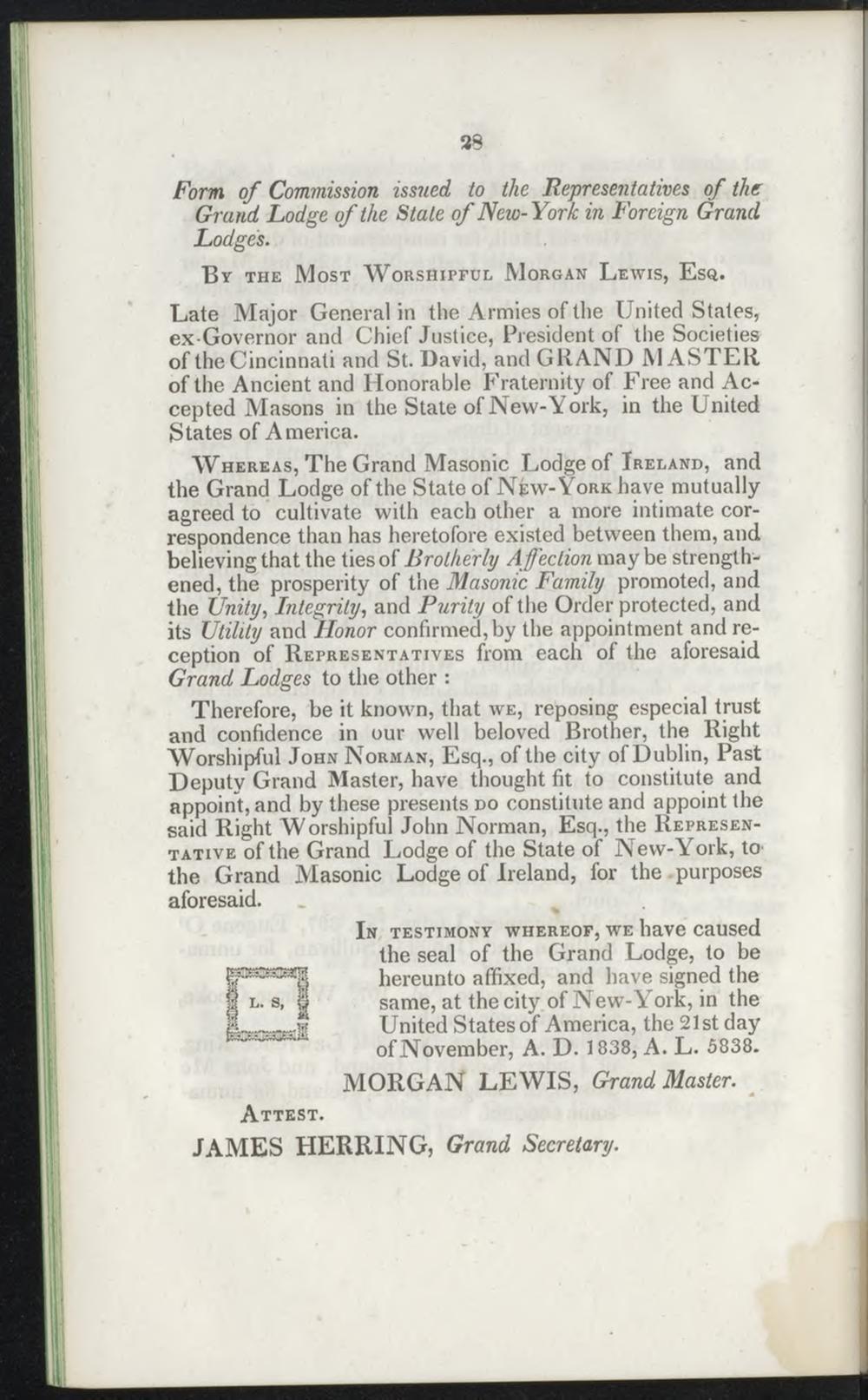 Form of Commission issued to the Representatives of the Grand Lodge of the State of New- York in Foreign Grand Lodgés.

By the Most Worshipful Morgan Lewis, Esq.

Late Major General in the Armies of the United States, ex-Governor and Chief Justice, President of the Societies of the Cincinnati and St. David, and GRAND MASTER of the Ancient and Honorable Fraternky of Free and Accepted Masons in the State of New-York, in the United States of America.

Whereas, The Grand Masonic Lodge of Ireland, and the Grand Lodge of the State of Njsw- York have mutually agreed to cultivate with each other a more intimate correspondence than has heretofore existed between them, and believing that the tiesof Brotherly Affection may be strengthened, the prosperity of the Masonic Family promoted, and the Unity., Integrity, and Purity of the Order protected, and its Utility and Honor confirmed,by the appointment and reception of Representatives from each of the aforesaid Grand Lodges to the other :

Therefore, be it known, that we, reposing especial trust and confidence in our well beloved Brother, the Right Worshipful John Norman, Esq., of the city of Dublin, Past Deputy Grand Master, have thought fit to constitute and appoint, and by these presents do constitute and appoint the said Right Worshipful John Norman, Esq., the Representative of the Grand Lodge of the State of New-York, to the Grand Masonic Lodge of Ireland, for the purposes aforesaid. _ .

In testimony whereof, we have caused the seal of the Grand Lodge, to be hereunto affïxed, and have signed the same, at the city of New-York, in the United States of America, the 21 st day of November, A. D. 1838, A. L. 5838.