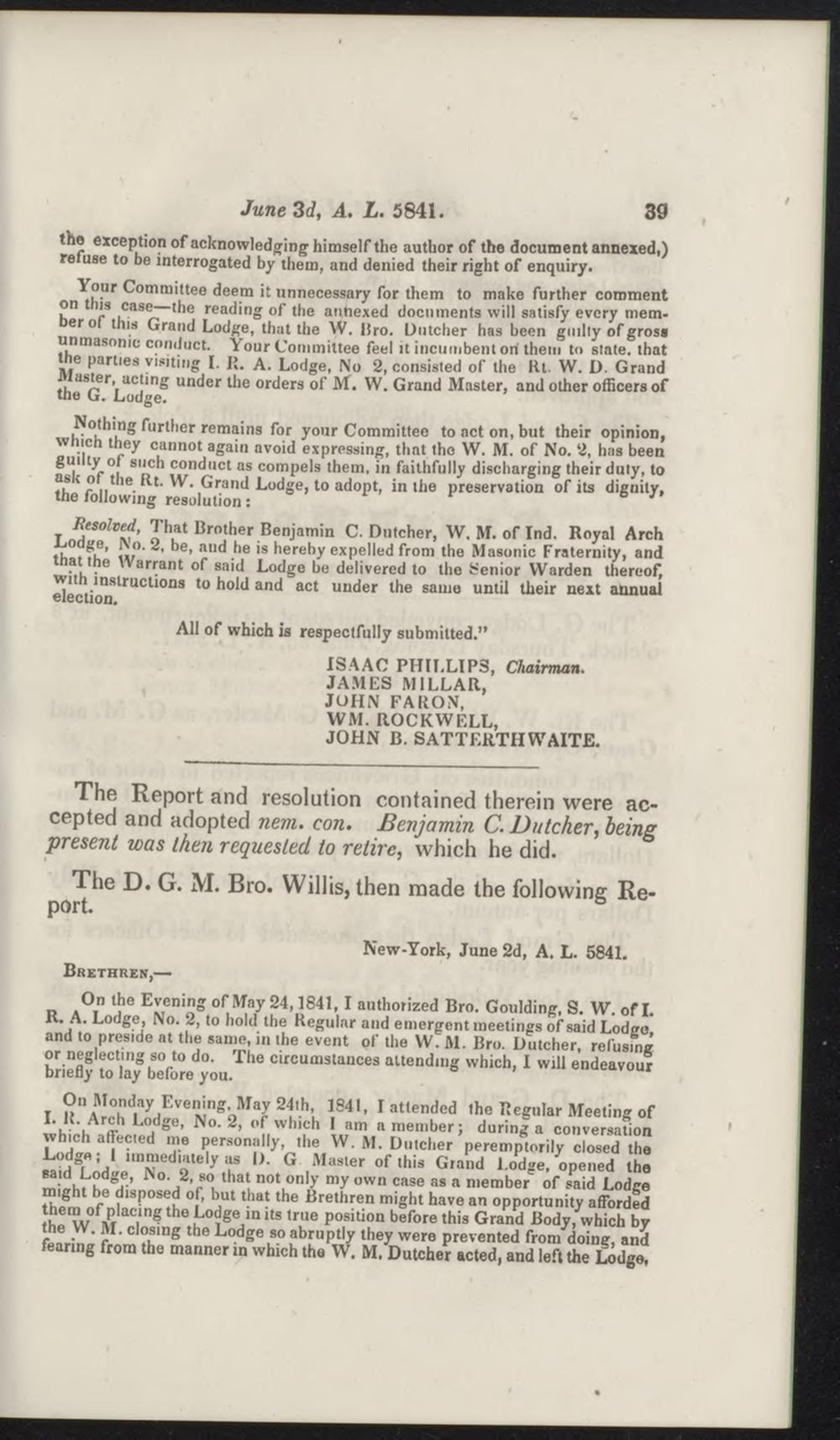 tho exception of acknowledging himself the author of the document annexed,) re use to be interrogated by them, and denied their right of enquiry.

Your Committee deem it unnecessary for them to make further coroment on is case—the reading of the annexed documents will satisfy every memer o tnis Grand Lodge, that the W. IJro. Dutcher has been gmlty of grosa nmasonic conduct. Your Committee feel it incumbent ori them to state, that the parties yisiting I. R. A. Lodge, No 2, consisted of the Rt. W. D. Grand the rLod'"^ unc*er ^ie orc'ers W. Grand Master, and other officersof

Nothing further remains for your Committee to act on, but their opinion. w ïcn they cannot again avoid expressing, that the W. M. of No. 2, has been «T °l 8,i fonduet compels them, in faithfully discharging their duty, to the* foliovvingr^-^Grand Lodge, to adopt, in the preservation of its dignity,

ft! tfk' ' alld.he 18 liereby expelled from the Masonic Fraternity, and

All of which is respectfully submitted."

The Report and resolution contained therein were accepted and adopted nem. con. Benjamin C. Dutcher, being present was then requested to retire, which he did.

JThe D. G. M. Bro. Willis, then made the following Re-

1. W M ? P1êVn ltS 'rue P°sltl0n be'ore this Grand Body, which bv the W. M. clostng the Lodge so abruptly they wero prevented from doing, and fearing from the manner in which the W. M. Dutcher acted, and left the Lodge.