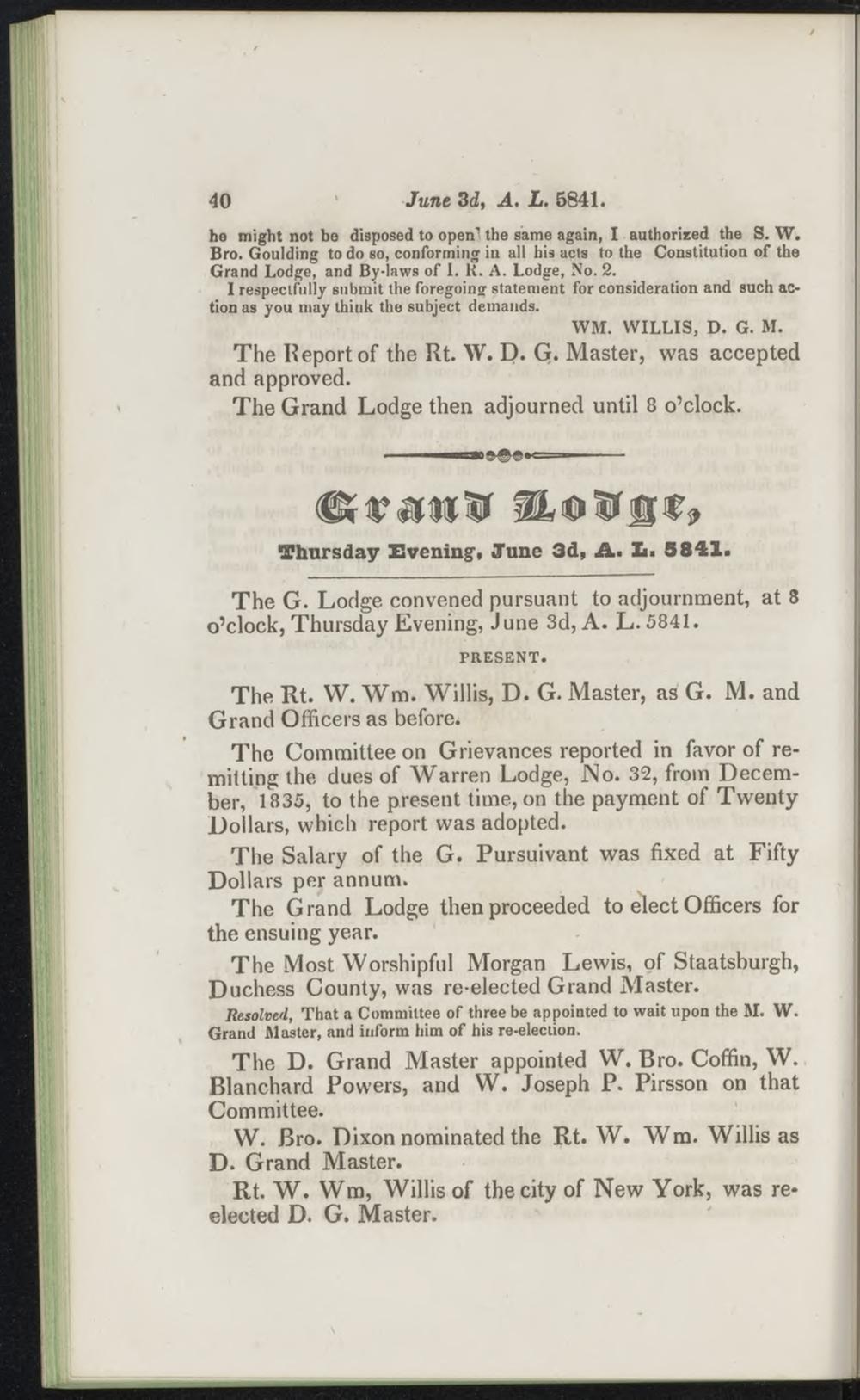 he might not be disposed to open1 the same again, I authorized the S. W. Bro. Goulding todo so, conforming i» all his acts to the Constitution of the Grand Lodge, and By-laws of I. K. A. Lodge, No. 2.

I respeclfully submit the foregoincr statement for consideration and such action as you may think the subject demands.

The Report of the Rt. W. D. G. Master, was accepted and approved.

The Grand Lodge then adjourned until 8 o'clock.

The Committee on Grievances reported in favor of remitting the dues of Warren Lodge, No. 32, from December, 1835, to the present time, on the payment of Twenty Dollars, which report was adopted.

The Salary of the G. Pursuivant was fixed at Fifty Dollars per annum.

The Grand Lodge then proceeded to elect Officers for the ensuing year.

The Most Worshipful Morgan Lewis, of Staatsburgh, Duchess County, was re-elected Grand Master.

Resolved, That a Committee of three be appointed to wait upon the BI. W. Grand Master, and inform htm of his re-election.