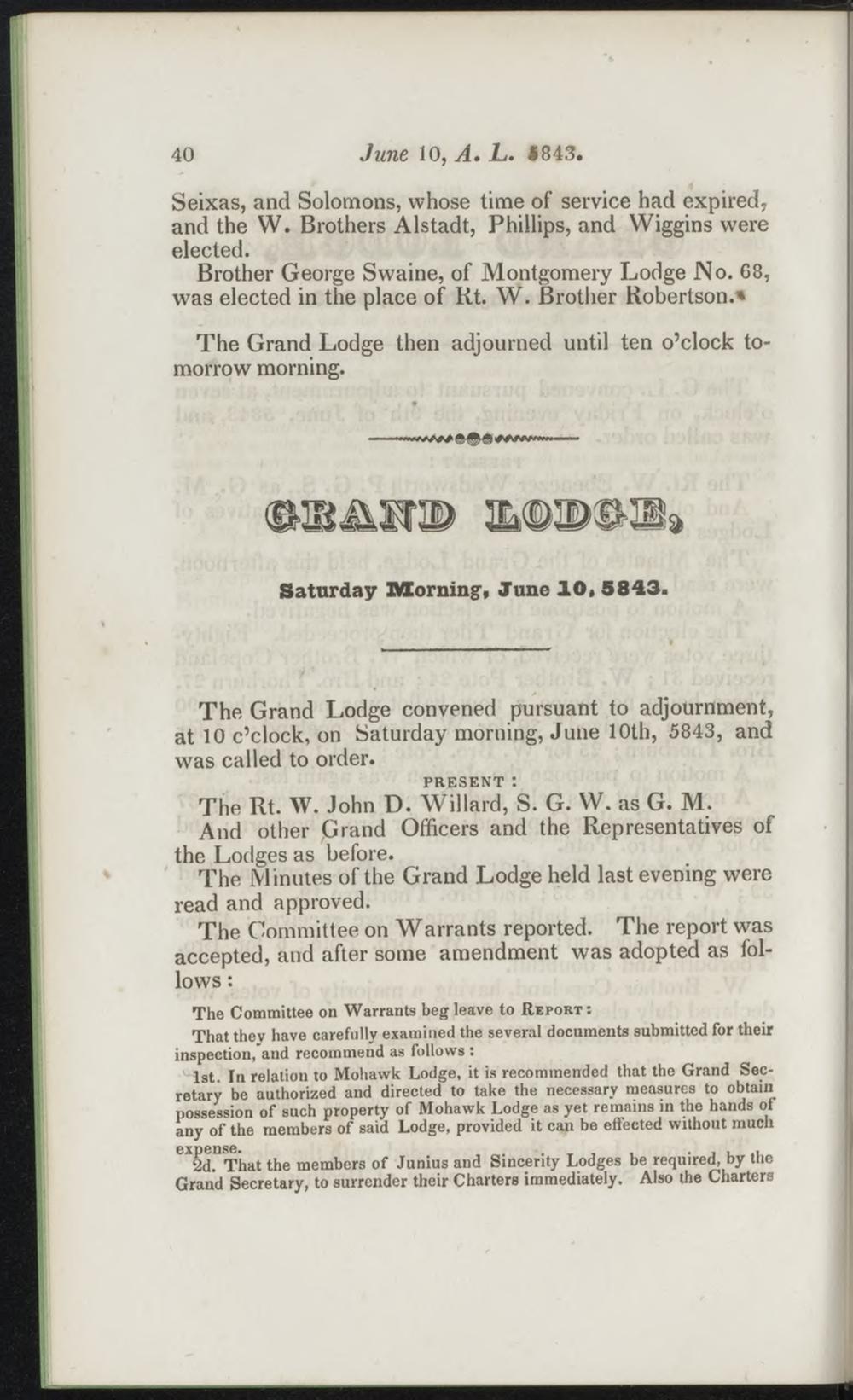 Seixas, and Solomons, whose time of service had expired, and the W. Brothers Alstadt, Phillips, and Wiggins were elected.

Brother George Swaine, of Montgomery Lodge No. 68, was elected in the place of Kt. W. Brother Hobertson.»

The Grand Lodge then adjourned until ten o'clock tomorrow morning.

The Grand Lodge convened pursuant to adjournment, at 10 c'clock, on Saturday morning, June lOth, 5843, and was called to order.

And other Grand Officers and the Representatives of the Lodges as before.

The M inutes of the Grand Lodge held last evening were read and approved.

The Committee on Warrants reported. The report was accepted, and after some amendment was adopted as follows:

The Committee on Warrants beg leave to Report:

That thev have carefully examined the several documents submitted for their inspection, and recommend as follows :

lst In relation to Mohawk Lodge, it is reeommended that the Grand Secretary be authorized and directed to take the necessarv measures to obtaiu possession of such property of Mohawk Lodge as yet remains in the hands ot any of the raembers of said Lodge, provided it can be effected without mucli

EX2d.nThat the members of Junius and Sincerity Lodges be required, by the Grand Secretary, to surrender their Charters immediately. AIso the Charters