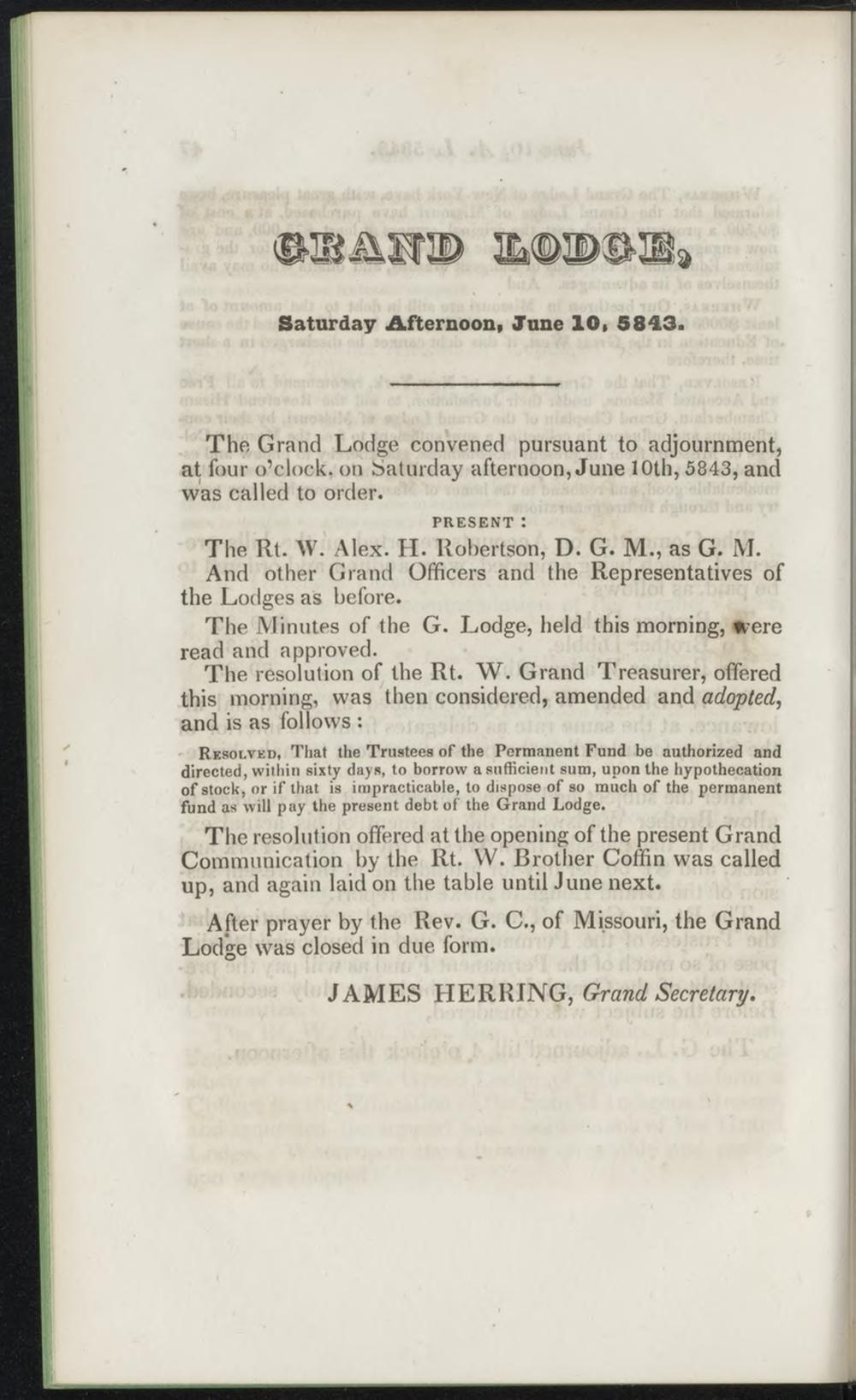 The Grand Lodge convened pursuant to adjournment, at four o'clock. on Saturday afternoon, June lOth, 5843, and was called to order.

And other Grand Officers and the Representatives of the Lodges as before.

The Minutes of the G. Lodge, held this morning, were read and approved.

The resolution of the Rt. W. Grand Treasurer, offered this morning, was then considered, amended and adopted, and is as follows :

Resolvkd, Tliat the Trustees of the Permanent Fund be authorized and directed, within sixty days, to borrow a sufficiënt sutn, upon the hypothecation of stock, or if that is impracticable, to dispose of so much of the permanent fund as will pay the present debt of the Grand Lodge.

The resolution offered at the opening of the present Grand Communication by the Rt. W. Brolher Coffin was called up, and again laid on the table until June next.

After prayer by the Rev. G. C., of Missouri, the Grand Lodge was closed in due form.