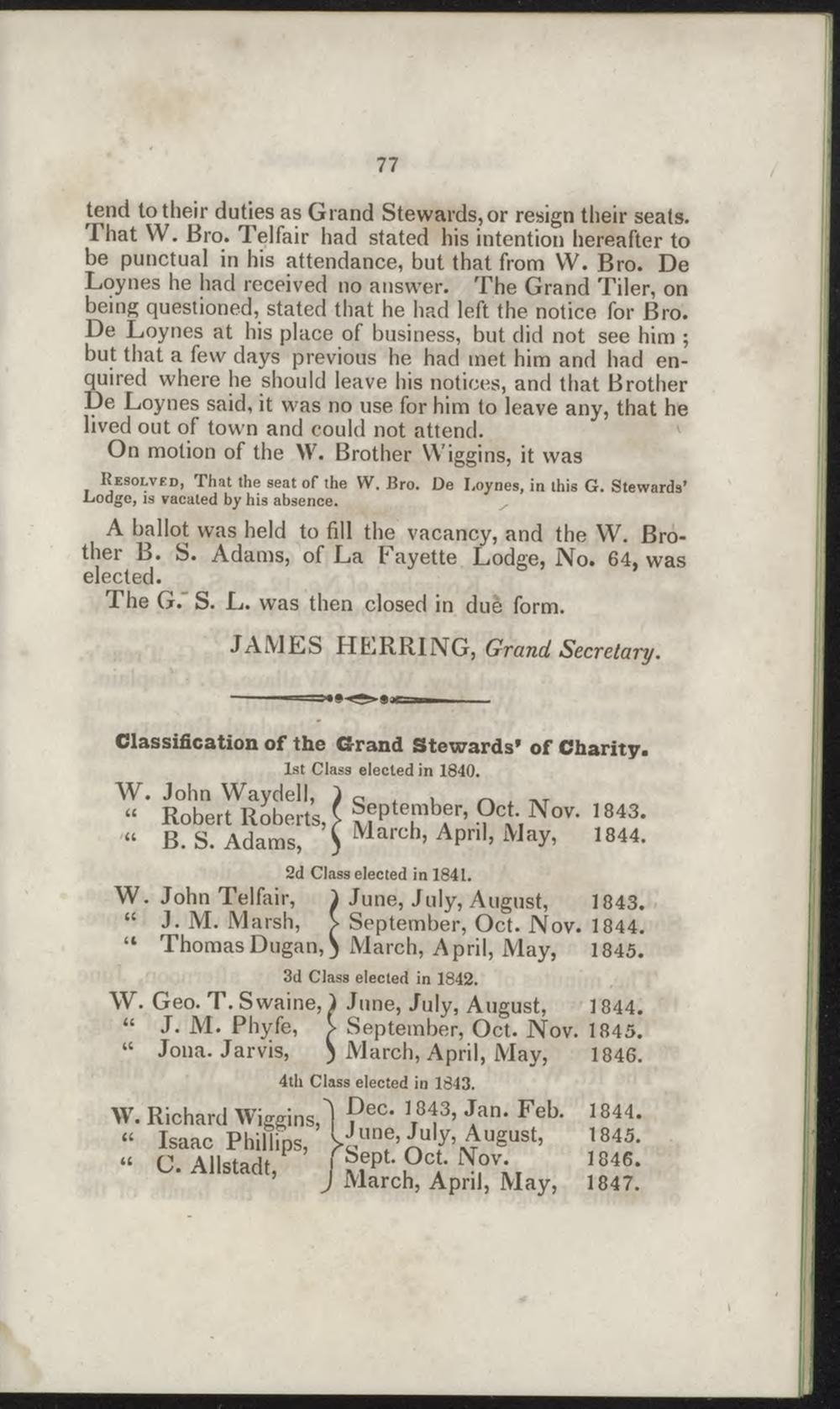 tend totheir duties as Grand Stewards,or resign their seals. I hat W. Bro. Telfair had stated his intention hereafter to be punctual in his attendance, but that from VV. Bro. De Loynes he had received 110 atiswer. The Grand Tiler, on being questioned, stated that he had left the notice for Bro. De Loynes at his place of business, but clid not see him ; but that a few days previous he had inet him and had enquired where he should leave his notices, and that Brother De Loynes said, it was no use for him to leave any, that he lived out of town and could not attend.

On motion of the W. Brother Wiggins, it was

Resolved, That the seat of the W. Bro. De I.oynes, in this G. Stewards' Lodge, is vacated by his absence. ^

Classification of the Grand Stewards' of Charity.