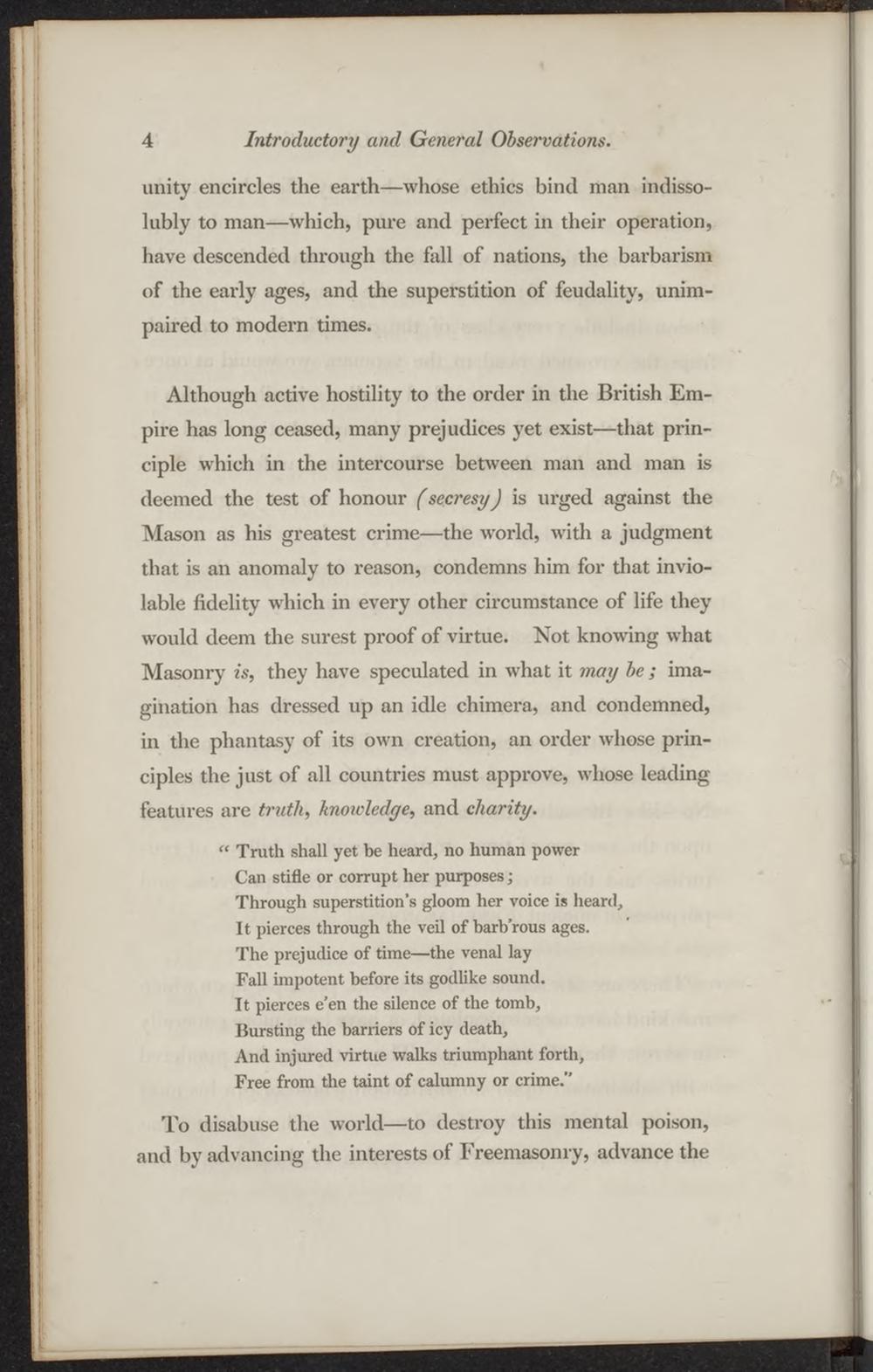 unity encircles the earth—whose ethics bind man indissolubly to man—which, pure and perfect in their operation, have descended through the fall of nations, the barbarism of the early ages, and the superstition of feudality, unimpaired to modern times.

Although active hostility to the order in the British Empire has long ceased, many prejudices yet exist—that principle which in the intercourse between man and man is deemed the test of honour (secresy) is urged against the Mason as his greatest crime—the world, with a judgment that is an anomaly to reason, condemns him for that inviolable fidelity which in every other circumstance of life they would deem the surest proof of virtue. Not knowing what Masonry is, they have speculated in what it may be ; imagination has dressed up an idle chimera, and condemned, in the phantasy of its own creation, an order whose principles the just of all countries must approve, whose leading features are truth, knotvledge, and charity.

" Truth shall yet be heard, no human power Can stifle or corrupt her purposes;

Through superstition's gloom her voice is heard,

It pierces through the veil of barb'rous ages.

The prejudice of time—the venal lay Fall impotent before its godlike sound.

It pierces e'en the silence of the tomb,

Bursting the barriers of icy death,

And injured virtue walks triumphant forth,

Free from the taint of calumny or crime."

To disabuse the world—to destroy this mental poison, and by advancing the interests of Freemasonry, advance the