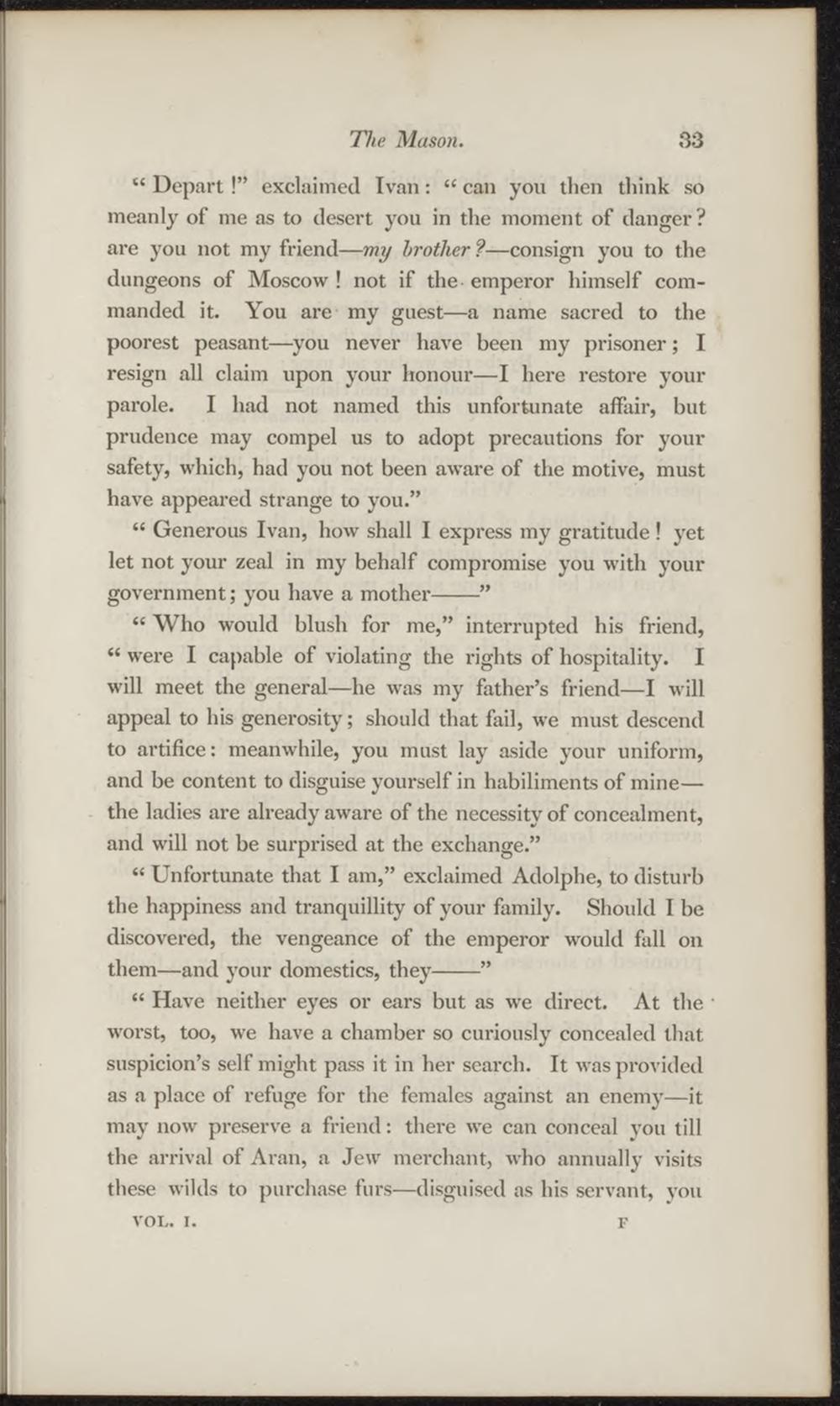 " Depart !" exclaimed Ivan: " can you tlien tliink so meanly of me as to desert you in the moment of danger ? are you not my friend—my hrother ?—consign you to the dungeons of Moscow ! not if the- emperor himself commanded it. You are my guest—a name sacred to the poorest peasant—you never have been my prisoner; I resign all claim upon your honour—I here restore your parole. I had not named this unfortunate affair, but prudence may compel us to adopt precautions for your safety, which, had you not been aware of the motive, must have appeared strange to you."

" Generous Ivan, how shall I express my gratitude ! yet let not your zeal in my behalf compromise you with your

government; you have a mother "

" Who would blusli for me," interrupted his friend, " were I capable of violating the rights of hospitality. I will meet the general—he was my father's friend—I will appeal to his generosity; should that fail, we must descend to artifice: meanwhile, you must lay aside your uniform, and be content to disguise yourself in habiliments of mine— the ladies are already aware of the necessity of concealment, and will not be surprised at the exchange."

" Unfortunate that I am," exclaimed Adolphe, to disturb the happiness and tranquillity of your family. Should I be discovered, the vengeance of the emperor would fall on

them—and your domestics, they "

" Have neither eyes or ears but as we direct. At the • worst, too, we have a chamber so curiously concealed that suspicion's self might pass it in her search. It was provided as a place of refuge for the females against an enemy—it may now preserve a friend: there we can conceal you till the arrival of Aran, a Jew merchant, who annually visits these wilds to purchase furs—disguised as his servant, you