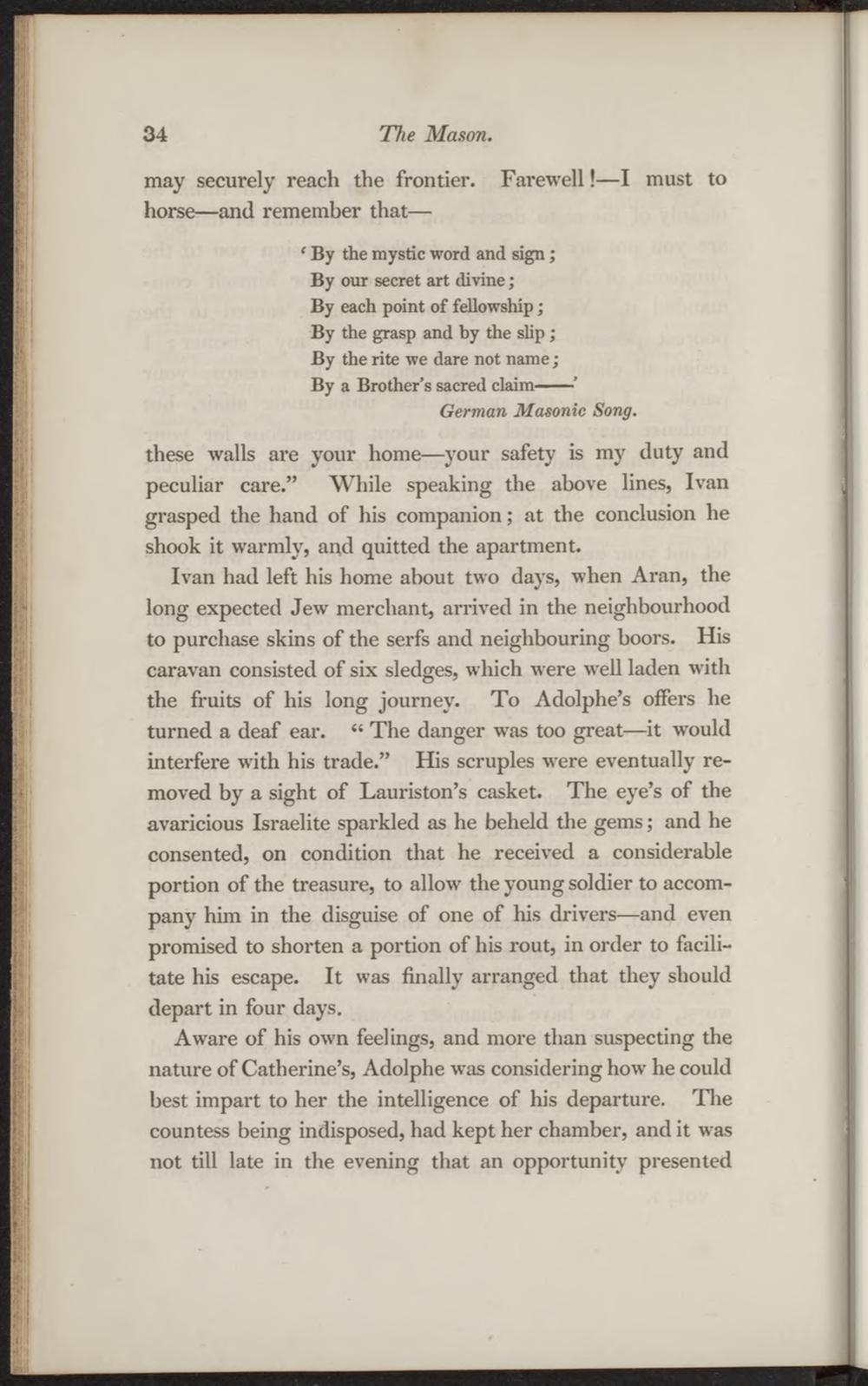 may securely reach the frontier. Farewell!—I must to horse—and remember that—

By our secret art divine;

By each point of fellowship;

By the grasp and by the slip;

By the rite we dare not name;

By a Brother's sacred claim '

these walls are your home—your safety is my duty and peculiar care." While speaking the above lines, Ivan grasped the hand of his companion; at the conclusion he shook it warmly, and quitted the apartment.

Ivan had left his home about two days, when Aran, the long expected Jew mercliant, arrived in the neighbourhood to purchase skins of the serfs and neighbouring boors. His caravan consisted of six sledges, wliich were well laden with the fruits of his long journev. To Adolphe's offers he turned a deaf ear. " The danger was too great—it would interfere with his trade." His scruples were eventually removed by a sight of Lauriston's casket. The eye's of the avaricious Israelite sparkled as he beheld the gems; and he consented, on condition that he received a considerable portion of the treasure, to allow the young soldier to accompany him in the disguise of one of his drivers—and even promised to shorten a portion of his rout, in order to facilitate his escape. It was finally arranged that they should depart in four days.

Aware of his own feelings, and more than suspecting the nature of Catherine's, Adolphe was considering how he could best impart to her the intelligence of his departure. The countess being indisposed, had kept her chamber, and it was not till late in the evening that an opportunity presented