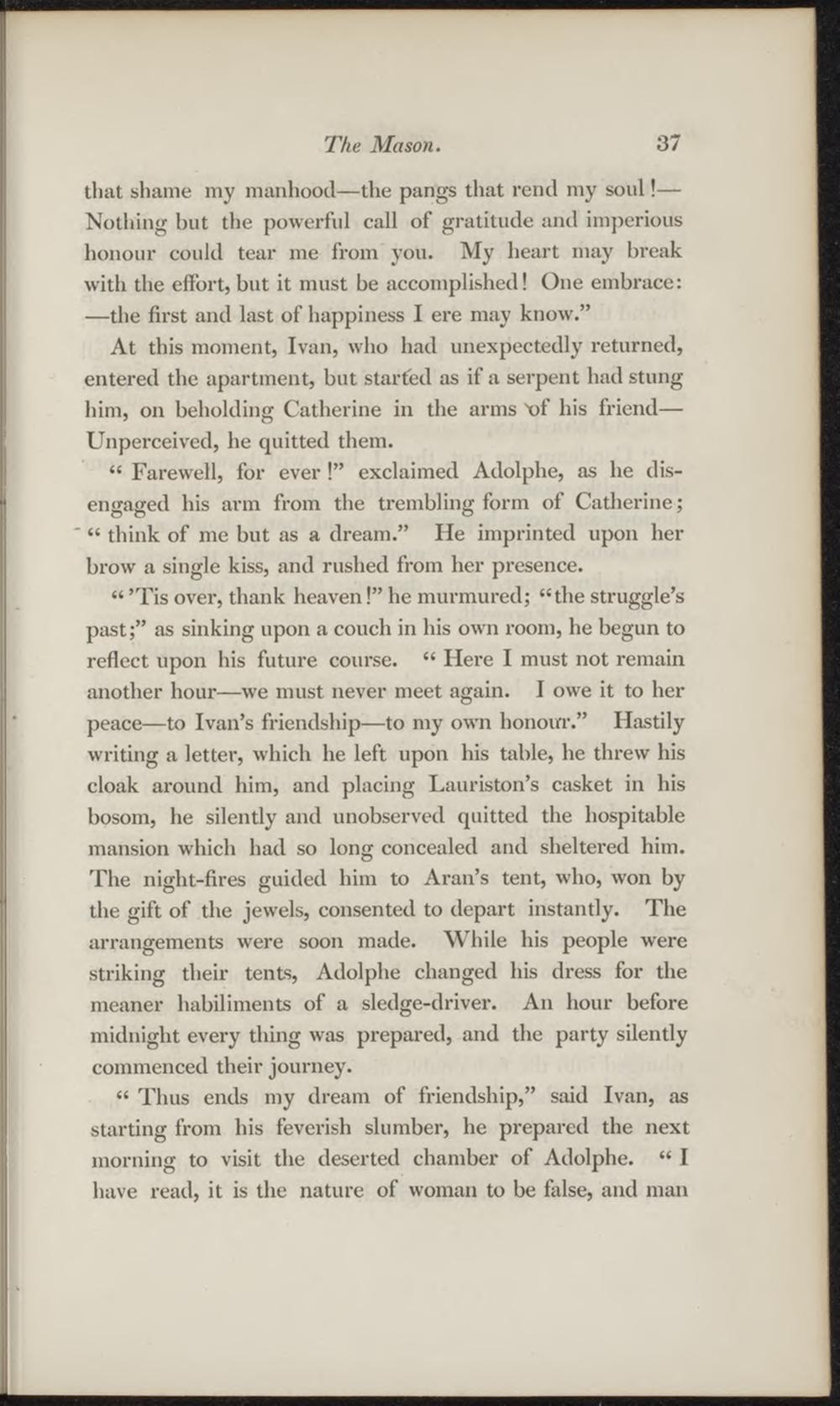 that shame my manhood—the pangs that rend my soul!— Nothing but the powerful call of gratitude and imperious honour could tear me from you. My heart may break with the effbrt, but it must be accomplished! One embrace: —the first and last of happiness I ere may know."

At this moment, Ivan, who had unexpectedly returned, entered the apartment, but started as if a serpent had stung him, on beholding Catherine in the arms X>f his friend— Unperceived, he quitted them.

" Farewell, for ever !" exclaimed Adolphe, as he disengaged his arm from the trembling form of Catherine; " think of me but as a dream." He imprinted upon her brow a single kiss, and rushed from her presence.

" 'Tis over, thank heaven!" he murmured; "the struggle's past;" as sinking upon a coucli in his own room, he begun to reflect upon his future course. " Here I must not remain another hour—we must never meet again. I owe it to her peace—to Ivan's friendship—to my own honour." Hastily writing a letter, which he left upon his table, he threw his cloak around him, and placing Lauriston's casket in his bosom, he silently and unobserved quitted the liospitable mansion which had so long concealed and sheltered him. The niglit-fires guided him to Aran's tent, who, won by the gift of the jewels, consented to depart instantly. The arrangements were soon made. While his people were striking tlieir tents, Adolphe changed his dress for the meaner habiliments of a sledge-driver. An hour before midnight every tliing was prepared, and the party silently commenced their journey.

" Thus ends my dream of friendship," said Ivan, as starting from his feverish slumber, he prepared the next morning to visit the deserted chamber of Adolphe. " I have read, it is the nature of woman to be false, and man