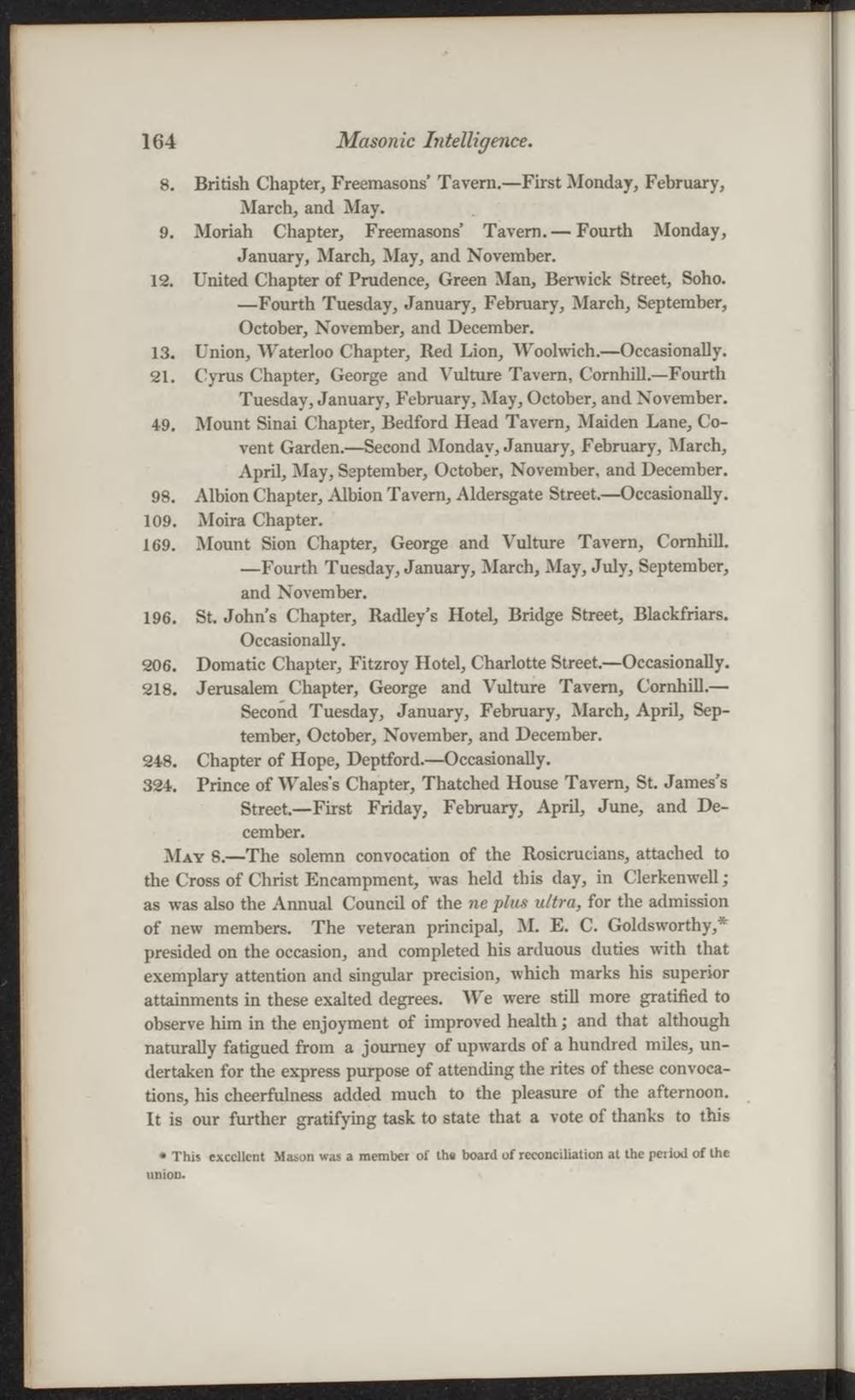 January, March, May, and November.

May 8.—The solemn convocation of the Rosicrucians, attached to the Cross of Christ Encampment, was held this day, in Clerkenwell; as was also the Annual Council of the ne plus ultra, for the admission of new members. The veteran principal, M. E. C. Goldsworthy,* presided on the occasion, and completed his arduous duties with that exemplary attention and singular precision, which marks his superior attainments in these exalted degrees. We were still more gratified to observe him in the enjoyment of improved health; and that although naturally fatigued from a journey of upwards of a hundred miles, undertaken for the express purpose of attending the rites of these convocations, his cheerfulness added much to the pleasure of the afternoon. It is our further gratifying task to state that a vote of thanks to this

* This exccIlcnt Mason was a member of th« board of reconciliation at the periotl of the umon.