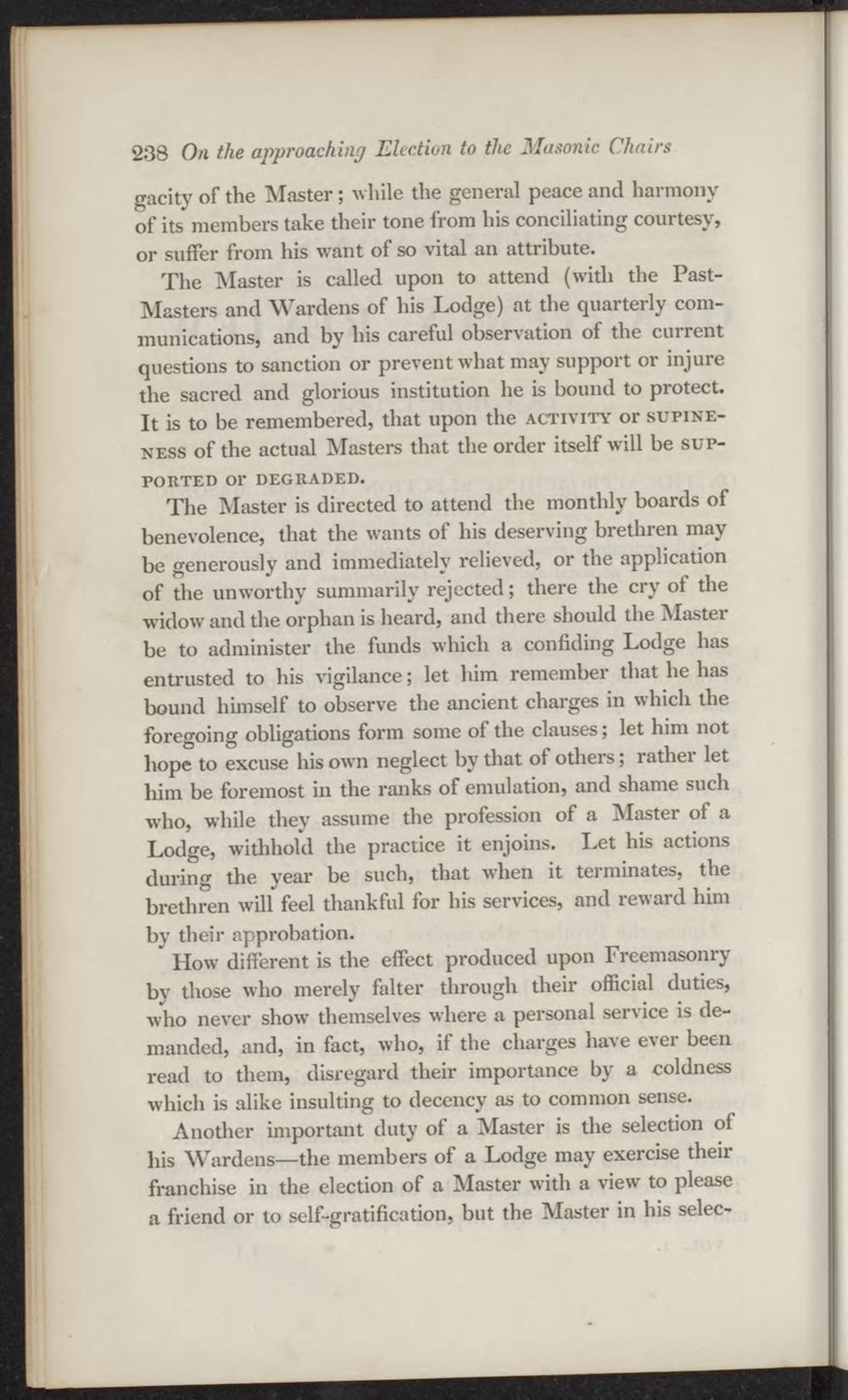 gacity of the Master; vhile the general peace and harmony of its members take their tone from his conciliating courtesy, or suffer from his want of so vital an attribute.

The Master is called upon to attend (witli the PastMasters and Wardens of his Lodge) at the quarterly communications, and by his careful observation of the current questions to sanction or prevent what may support or injure the sacred and glorious institution he is bound to protect. It is to be remembered, that upon the activity or supineness of the actual Masters that the order itself will be sup-

The Master is directed to attend the monthly boards of benevolence, that the wants of his deserving brethren may be generously and immediately relieved, or the application of the unworthy summarily rejected; there the cry of the widow and the orphan is heard, and there should the Master be to administer the funds which a confiding Lodge has entrusted to his vigilance; let liim remember that he has bound himself to observe the ancient charges in vvhicli the foregoing obligations form some of the clauses 5 let him not hope to excuse his own neglect by that of others; rathei let him be foremost in the ranks of emulation, and shame such who, while they assume the profession of a Master of a Lodge, withhold the practice it enjoins. Let his actions during the year be such, that when it terminates, the brethren will feel thankful for his services, and reward him by their approbation.

How different is the effect produced upon Freemasonry bv those who merely falter through their official duties, who never show themselves where a personal service is demanded, and, in fact, who, if the charges have ever been read to them, disregard their importance by a coldness which is alike insulting to decency as to common sense.

Another important duty of a Master is the selection of his Wardens—the members of a Lodge may exercise their franchise in the election of a Master with a view to please a friend or to self-gratification, but the Master in his selec-