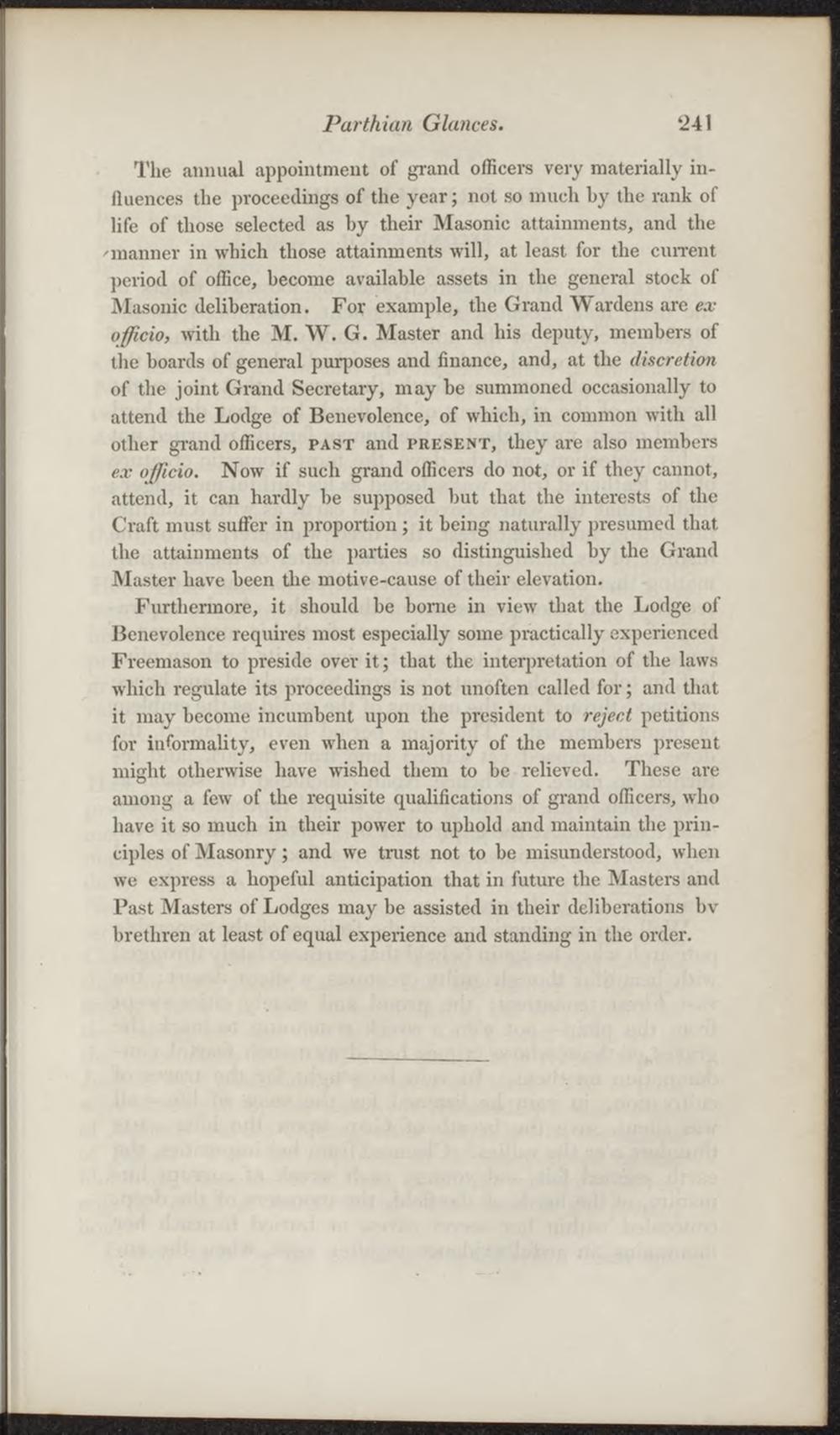 The annual appointment of grand officers very materially influences the proceedings of the year; not so mach by the rank of life of those selected as by their Masonic attainments, and the 'inanner in which those attainments will, at least for the current period of office, become available assets in the general stock of Masonic deliberation. For example, the Grand Wardens are ex officio, witli the M. W. G. Master and liis deputy, memberg of the boards of general purposes and finance, and, at the discretion of the joint Grand Secretary, may be summoned occasionally to attend the Lodge of Benevolence, of which, in common with all otlier grand officers, past and present, tliey are also members ex officio. Now if such grand officers do not, or if they cannot, attend, it can hardly be supposed hut that tlie interests of the Craft must suffer in proportion ; it being naturally presumed that the attainments of the parties so distinguished by the Grand Master have been the motive-cause of their elevation.

Furthermore, it should be bonie in view that the Lodge of Benevolence requires most especially some practically experienced Freemason to preside over it; that the interpretation of the laws which regulate its proceedings is not unoften called for; and that it may become incumbent upon the president to reject petitions for informality, even when a majority of the members present might otlierwise have wished them to be relieved. These are among a few of the requisite qualifications of grand officers, who have it so much in their power to uphold and maintain the principles of Masonry; and we trust not to be misunderstood, when we express a hopeful anticipation that in future the Masters and Past Masters of Lodges may be assisted in their deliberations bv brethren at least of equal experience and standing in the order.